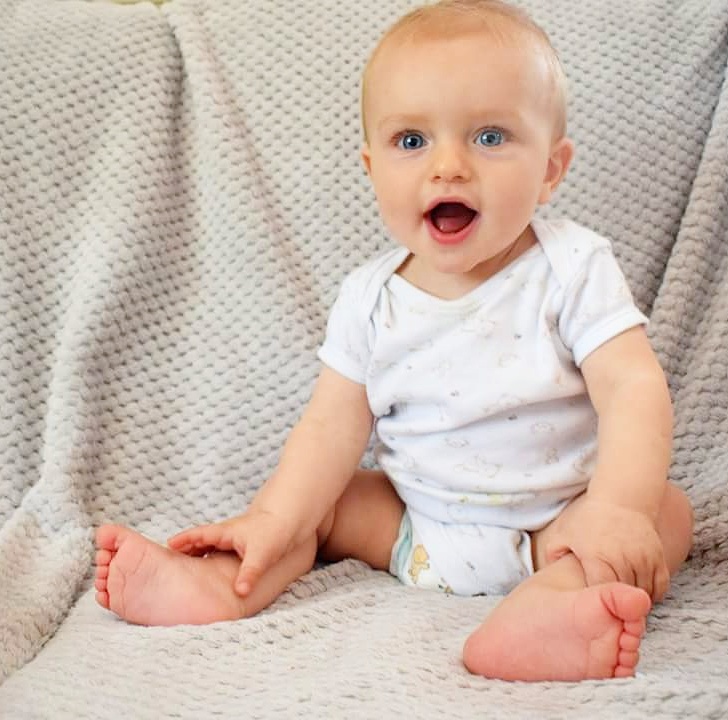 Alex is 9 months old, he has now officially be living outside of my belly for as long as he was cooking inside it. It is so mad, I can’t get over it, I know I say it all the time but I this little mans baby days are just flying by too fast. It has been a bit of a rocky month, there have been lots of good times but my not so little bundle of joy has been quite challenging lately too. Read on to find out what has been happening since Alex’s 8 month update.. 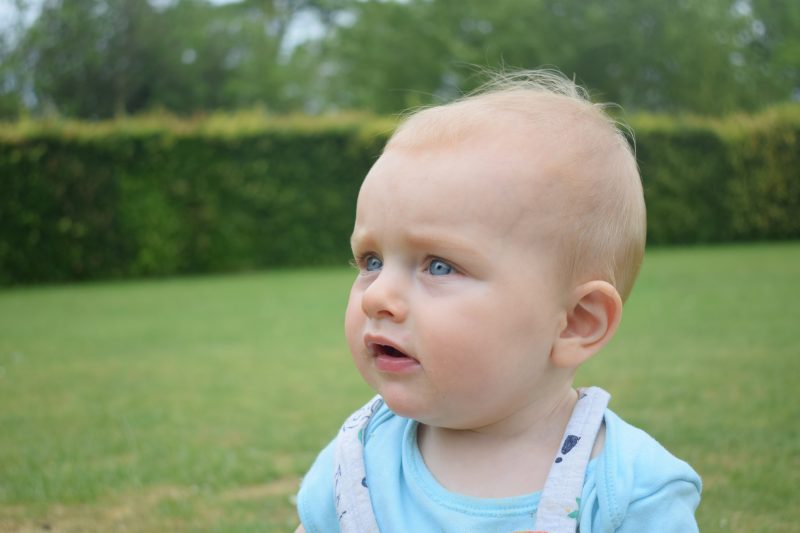 Size: Alex has grown loads this month, I’ve not had him weighed again but his clothes are getting snug on his tummy and he must have got longer as the legs are getting a bit short on all his trousers. He is getting so heavy now though, I don’t need to get him weighed to know that – I can’t carry him for long without my arms hurting and I’m sure my biceps are going to be massive from lifting him up all the time. 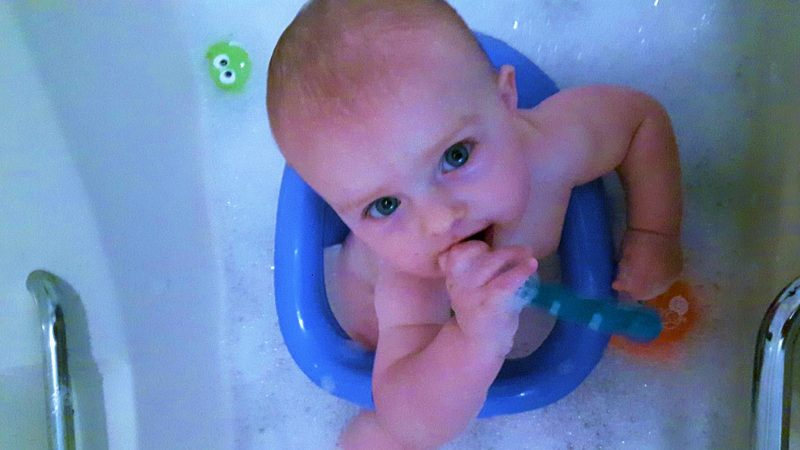 Teething:  Still just the 2! By this age Leo had 6 teeth already so I am quite enjoying having a little gummy baby this time around. Alex has been a bit grouchy the past few days and has started waking again in the night so I am guessing another tooth may be about to make an appearance. 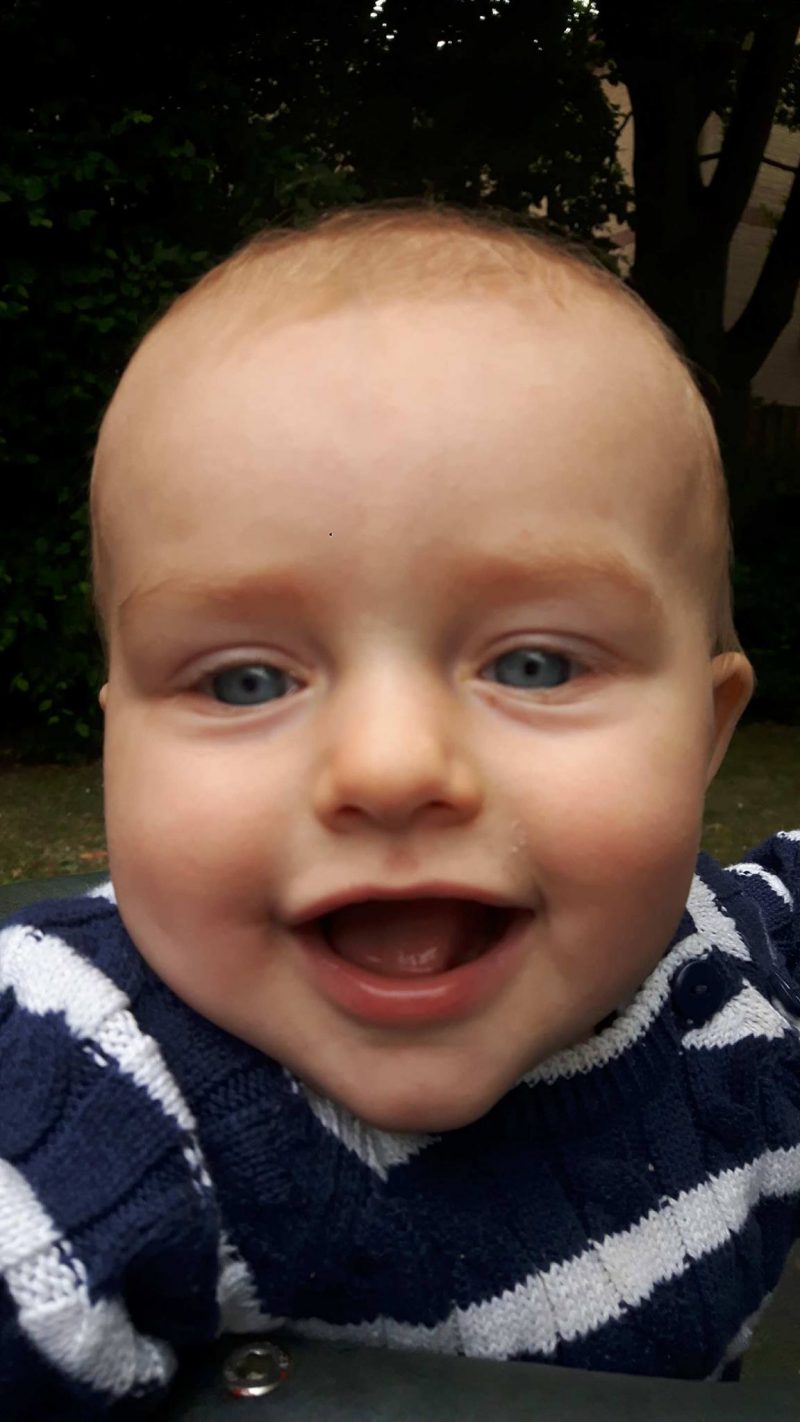 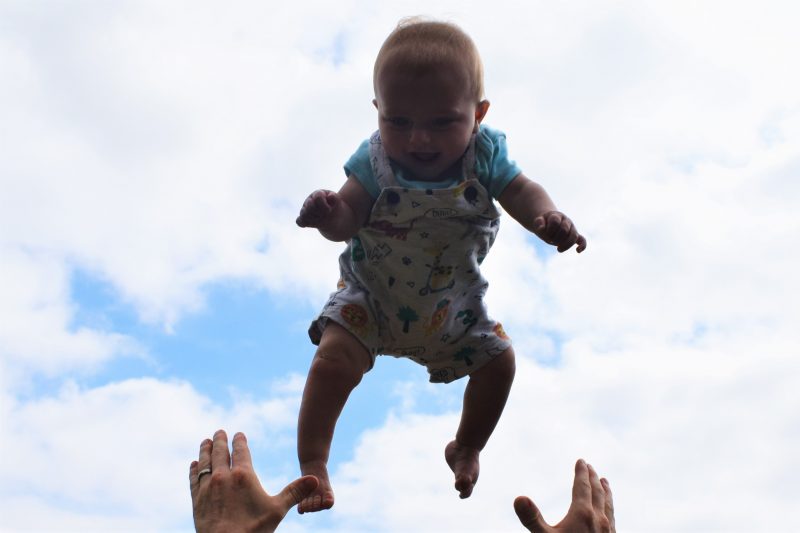 What he likes/dislikes: Alex is really enjoying playing with his toys this month, especially all the light up interactive ones. He has a toy drum that he loves to give a good old bash and he seems to have taken quite a shine to Leo’s Buzz Lightyear toy. Food is still one of Alex’s favourite things (yay!) but he does not like waiting for it, he has a meltdown every evening when he’s sat in his highchair waiting for me to dish up. This month has been a bit tough and there has been lots of tears, I think Alex must be experiencing some separation anxiety because he HATES being put down or left alone for more than 10 seconds. Being able to do simple things like have a shower, make a sandwich or do some cleaning have been really difficult this month as Alex has just wanted to be sitting on my hip the whole time. My mum has taught Alex how to high five and he is absolutely loving putting his chubby little hand in the air at every given moment, it’s so cute and I don’t foresee him getting bored of this little trick any time soon. Without a shadow of a doubt, Alex’s favourite thing to do is climb: the sofas, the chairs, up my legs – he loves it! 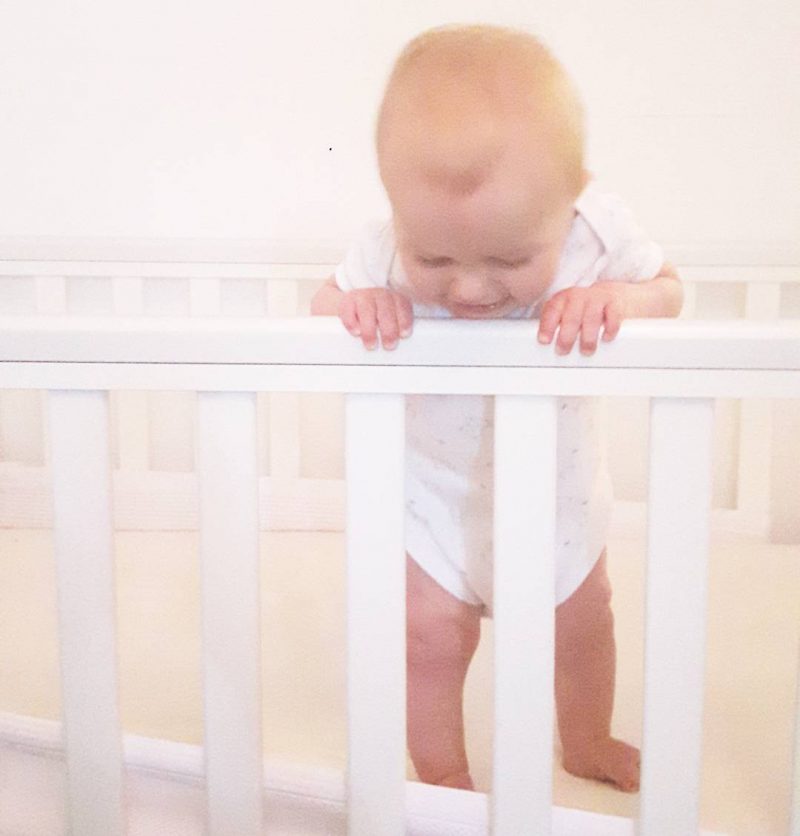 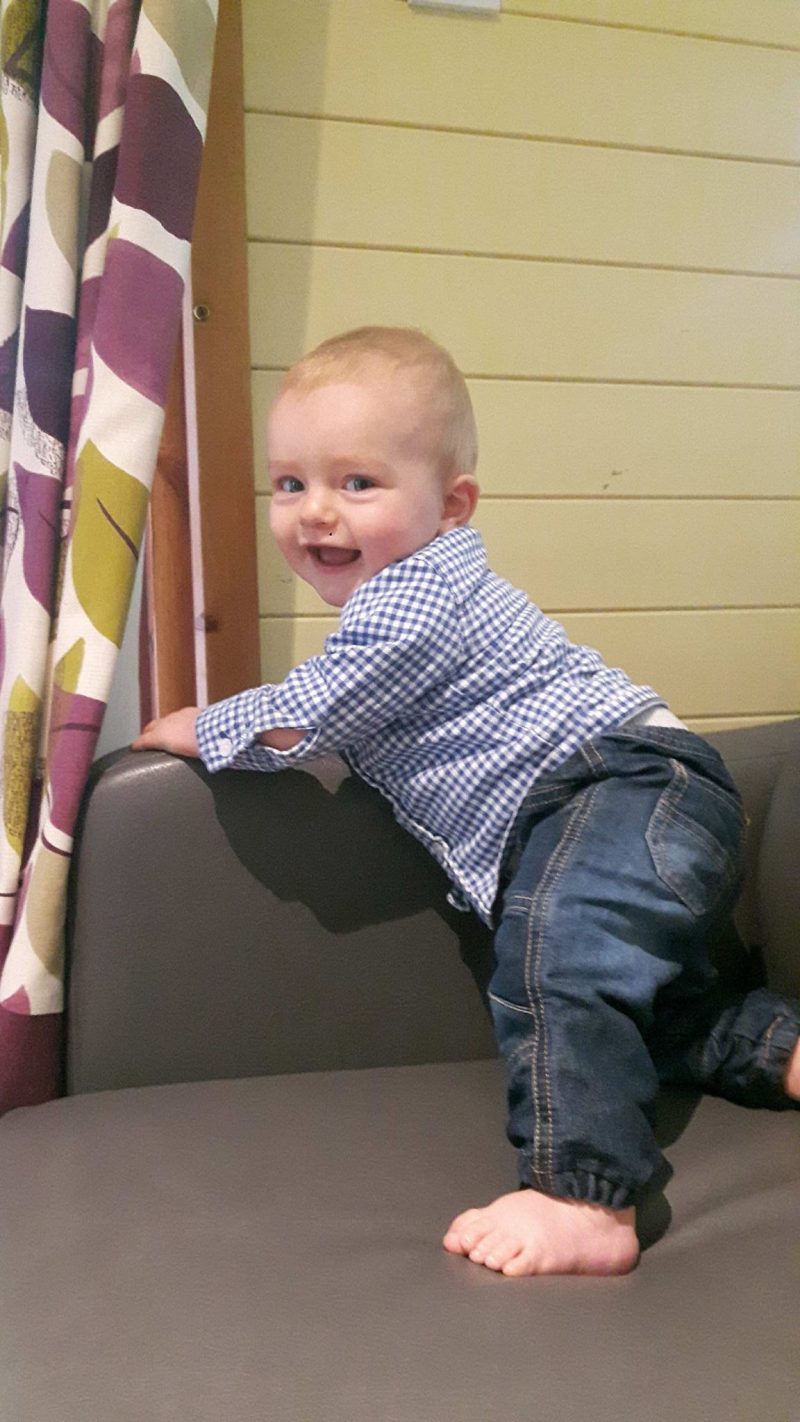 Character: Like last month Alex has been pretty grumpy and clingy recently. He is still his happy self a lot of the time but for some reason he gets really upset if he’s not in my arms for 80% of the day. It is hard going but I love him and I know it is not going to be long before he won’t want to sit with me so I am kind of trying to embrace it. He is still giggly and completely adorable too though, he just loves a cuddle. I can really start to see his little cheeky side coming out now, he gives me a little look when in his highchair and then throws his food off the side and laughs! When he’s crawling he loves it if you chase him and he always looks so proud of himself when he manages to pull the living room door open and crawl away. I am starting to get a little bit concerned that he doesn’t really babble much, Leo at this age was saying ‘dadada’, ‘mamam’ and all of those sounds but Alex is really quiet – he shrieks when he is excited and goes ‘ahh’ when we cuddle but that’s about it. I am trying to worry too much and I’m sure he will start chatting when he is ready. 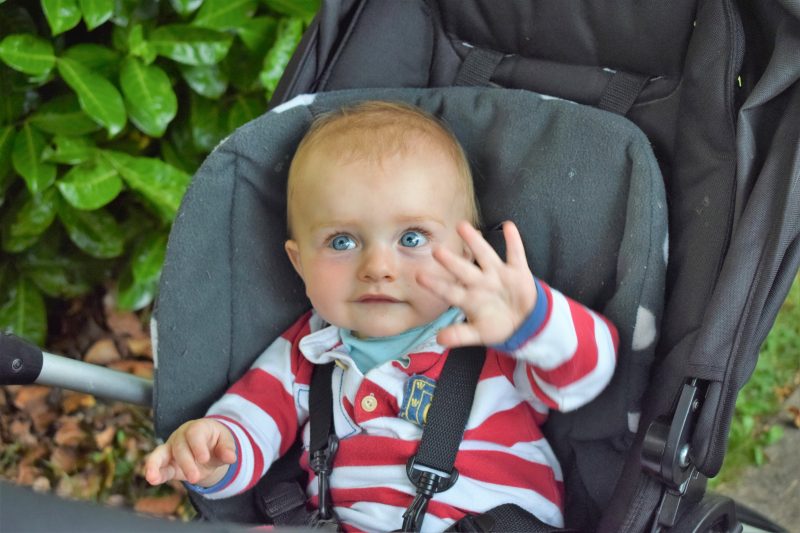 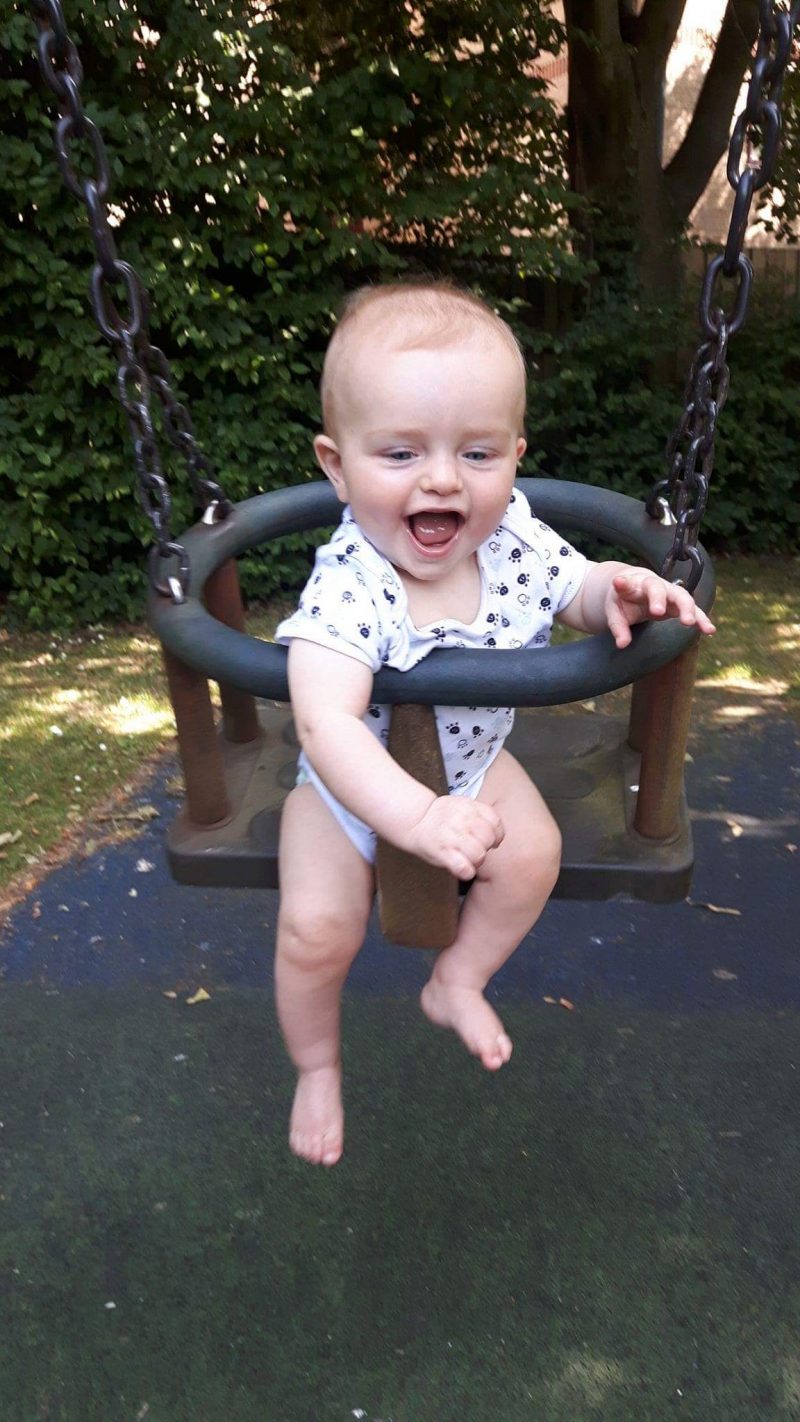 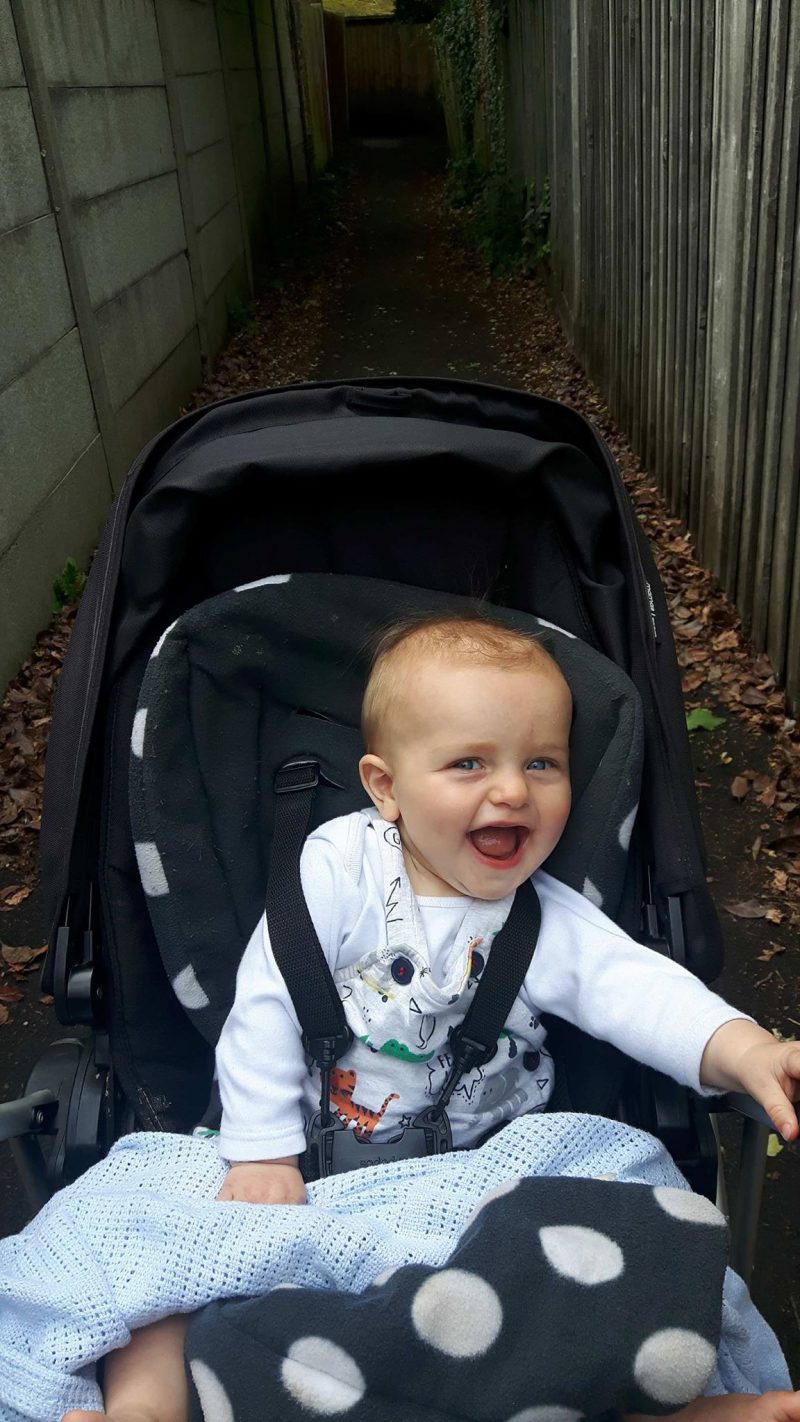 Feeding: We are still breastfeeding, Alex is a flippin beast when it comes to the boob, he loves it. We are still on atleast 4 feeds a day and normally in the morning and at bedtime Alex will feed from both sides. I kind of felt like giving up breastfeeding a few weeks ago as I was so exhausted and really needed a break from the kids. We were sent a yoomi bottle to review and it has changed everything, Alex now drinks formula and expressed breastmilk from a bottle and it has really taken the pressure off me. Now I know he will take a feed from someone else I am feeling more relaxed and am still hoping to feed him myself up until his birthday if he wants me to. If you are struggling to get your breastfed baby to take a bottle, have a read of my review of the yoomi self warming bottle – it is amazing! 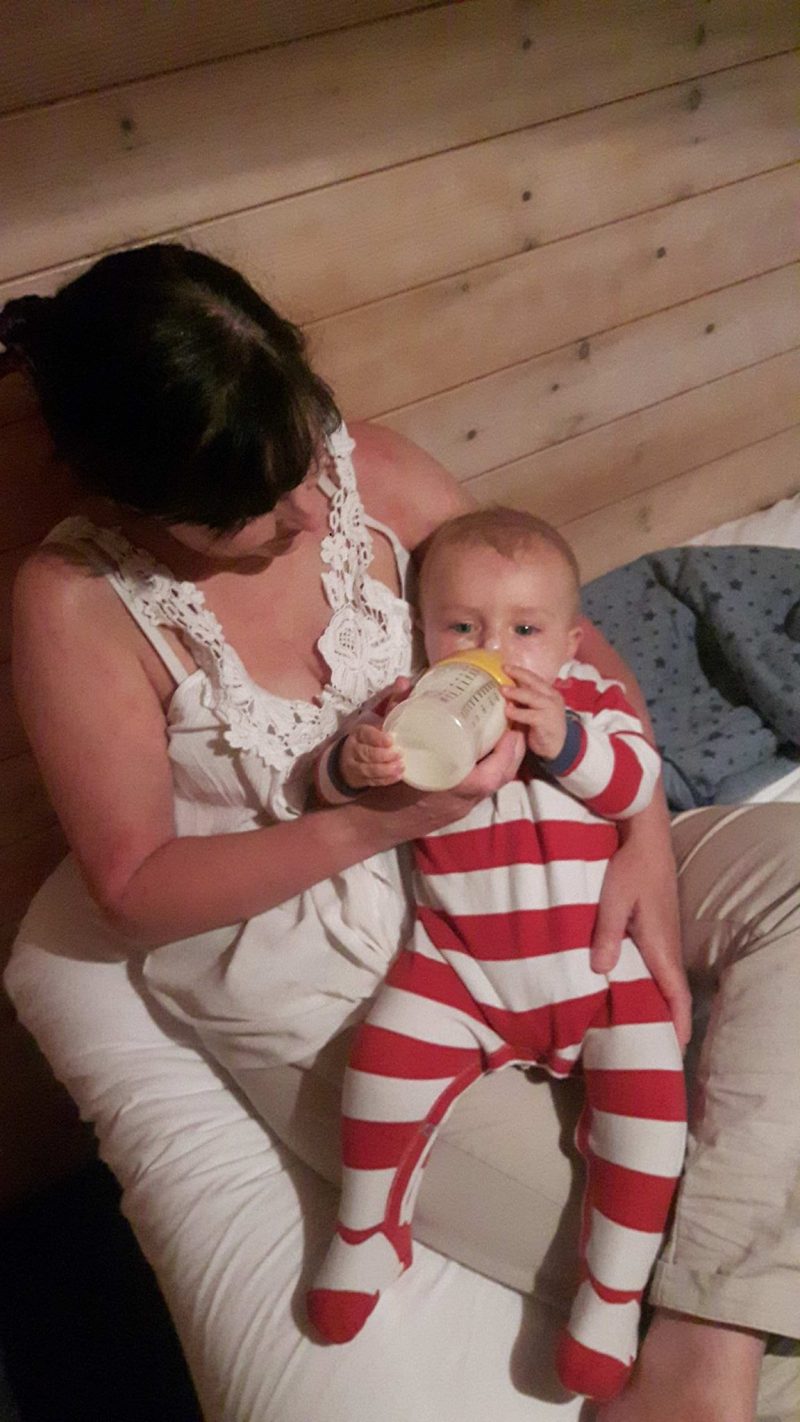 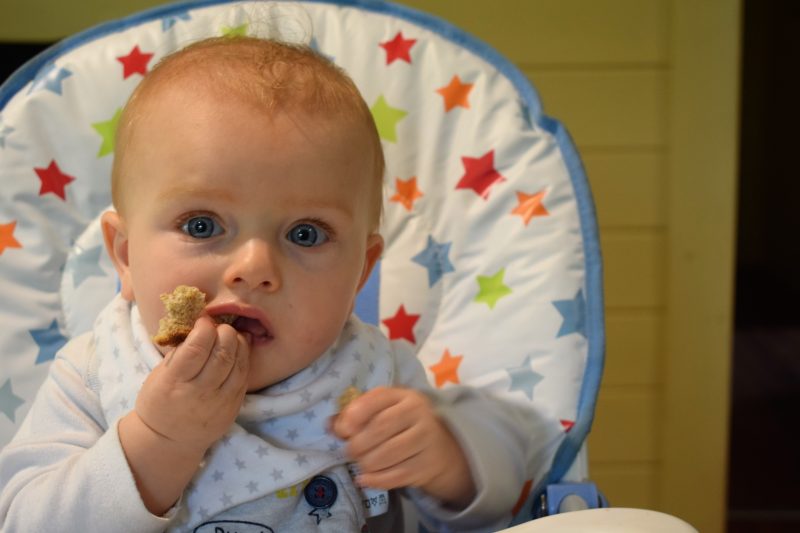 Weaning: Weaning is still going well, Alex loves his food and has started waving his arms in excitement every time he sees his bowl. I am still pureeing most of his main meals as I find it easier but he happily eats finger foods too. This month he has become a bit obsessed with mini tangerines, he ate 3 in a row with Leo the other day. Banana, toast and those little biscotti baby biscuits are definitely some of his favourites but I am managing to get him to eat things like spinach, broccoli and other vegetables when I make his purees. Alex tried chips for the first time this month and let’s just say they were a massive hit, not surprising really. Leo is a chip fiend so I am going to try and not send Alex down the same road and only give them to him occasionally. 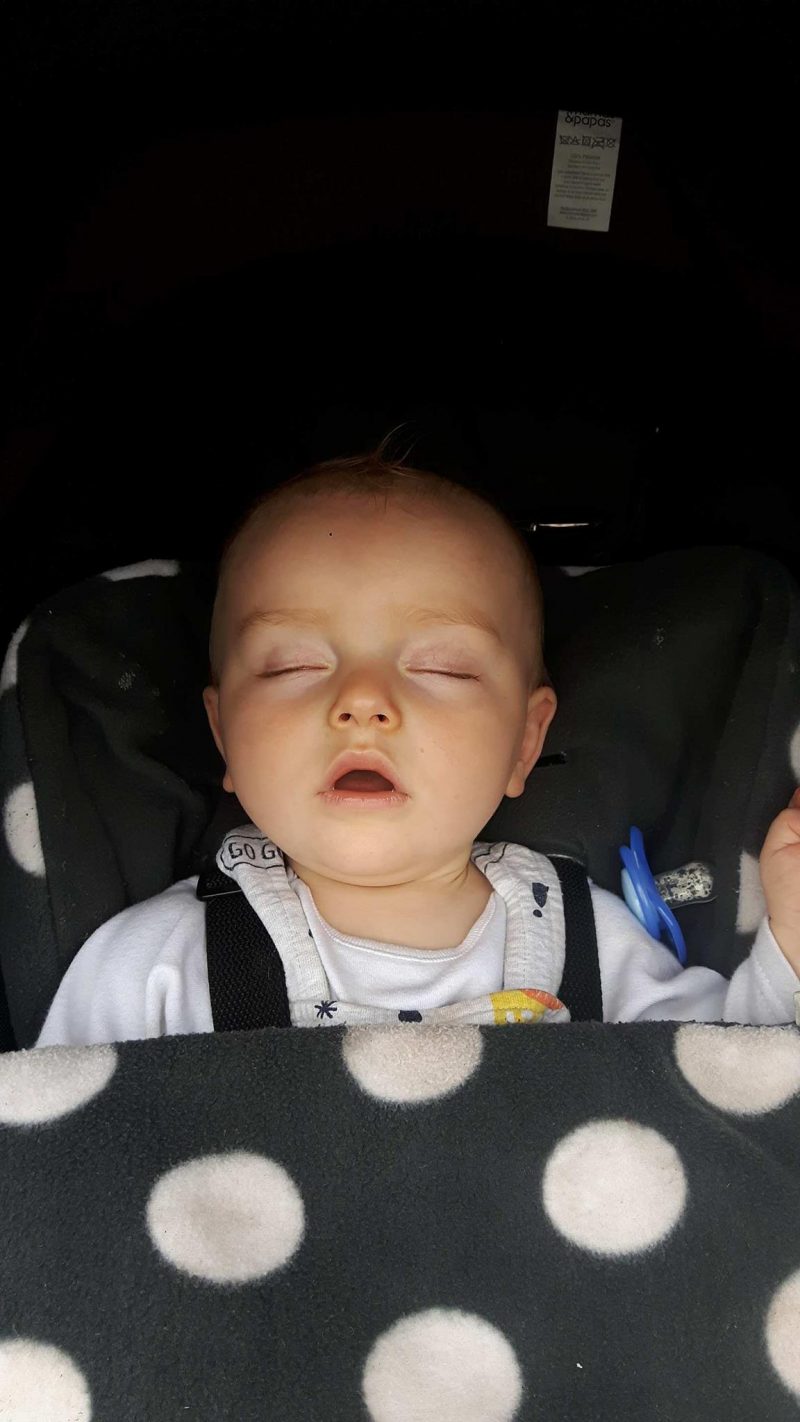 Sleeping: Sleep has been good this month, although I fear a sleep regression may be around the corner as Alex was up in the night a couple times this week. Alex is still having a good long nap each morning but the afternoon struggle for a half hour sleep in still very real. I can not get the boy to sleep in the afternoon so I have given in and decided to stop trying, he obviously doesn’t need it and it means I can get him in bed by half6/7pm most nights so I don’t mind. I am still having a bit of trouble getting Alex to actually nod off in the evenings though, we are doing a very gentle version of cry it out and normally he only fusses for about 10 minutes before dropping off (there have been a handful of evenings though where the bed time battle has gone on for hours).

Who have we seen and where have we been.

We have seen a lot of my parents this month and it has been lovely for the kids to spend so much time with them. My mum and Dad came to stay for a weekend, they looked after the kids for the night so Oli and I could go cycling and camping in the New Forest, we were in desperate need of a break from parenting and a night away was just what we needed.  Last week me and the kids went on a mini holiday to Sandyballs (ha!) Holiday Village in The New Forest with my parents and we had a lot of fun, there was lots of swimming and eating involved. Apart from those couple weekends we have kind of just kept things local and been hanging out in our usual places: the park, soft play and the local toddler groups. We also visited Hinton Ampner and had lots of fun crawling around the gardens and exploring the house. 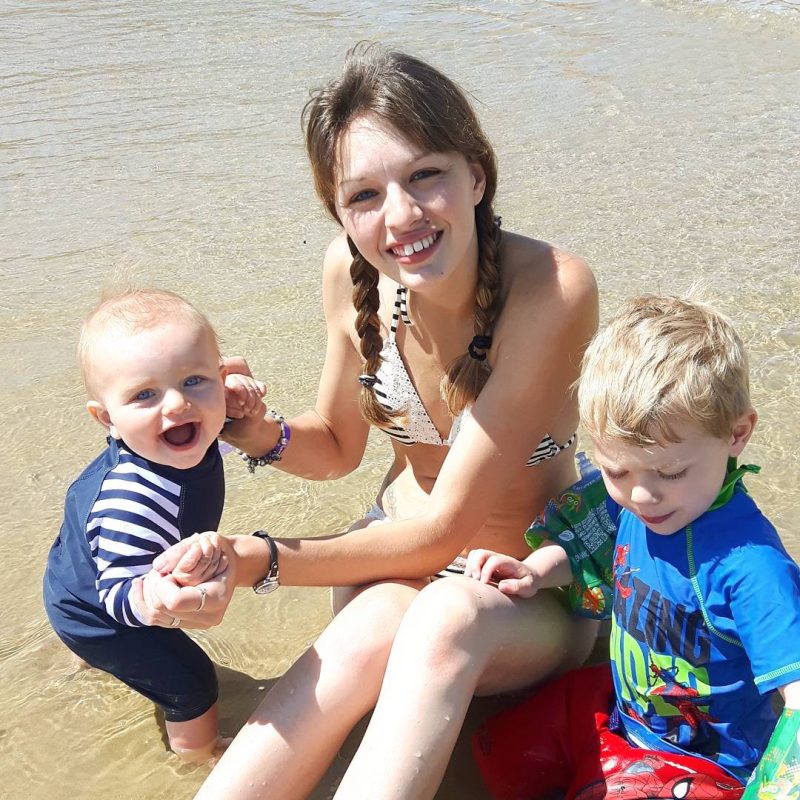 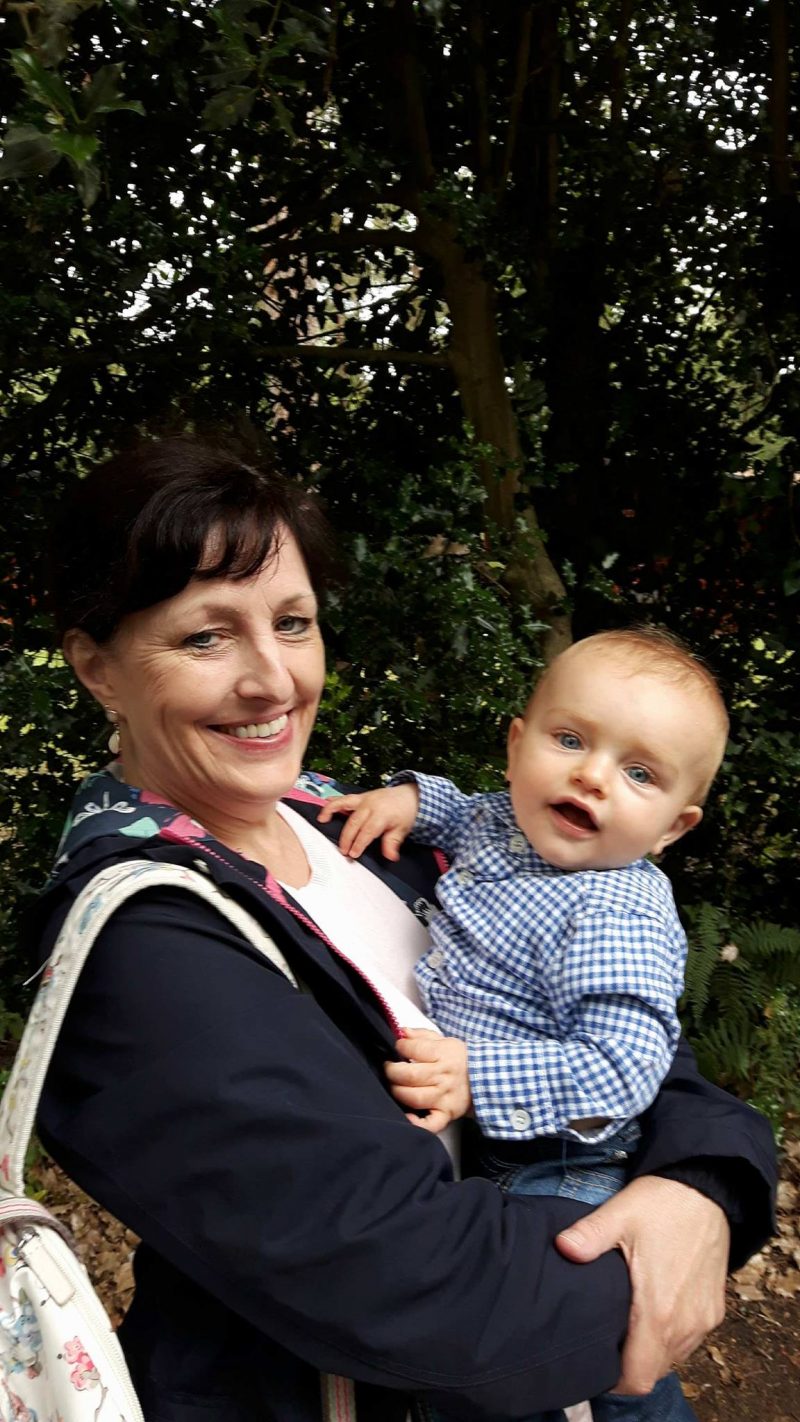 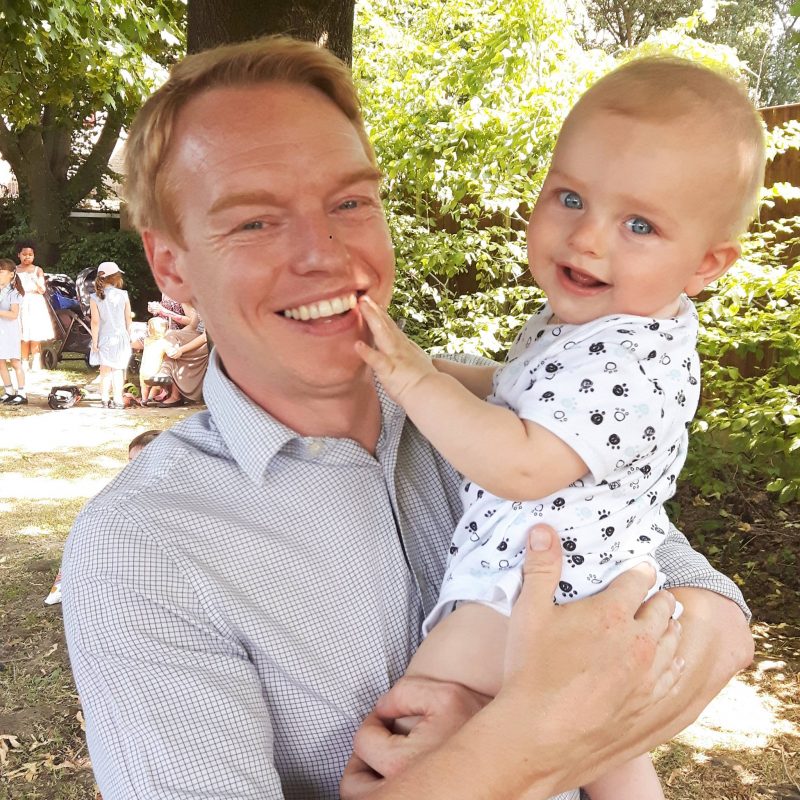 Ahh, it has been another up and down month with Leo and Alex. Leo seems to be going through a bit of an aggressive phase at the moment, his anger is mostly aimed towards me but he has started being a bit too boisterous with Alex. He has never intentionally hurt him but I am always having to tell him to be gentle and, to be honest, I would never leave them alone together at the minute as Leo seems to have a lot of pent up energy lately and I just don’t completely trust him around his brother. On the other side of the coin though the boys have been getting on really well, Alex loves high five and playing peek a boo and Leo has been entertaining him with these games and they have had lots of laughs together. There has been some jealousy brewing this month too so I am trying my best to spend more one on one time with Leo when I can and to make a bit of an effort to not always be holding Alex and share my time more fairly between them. 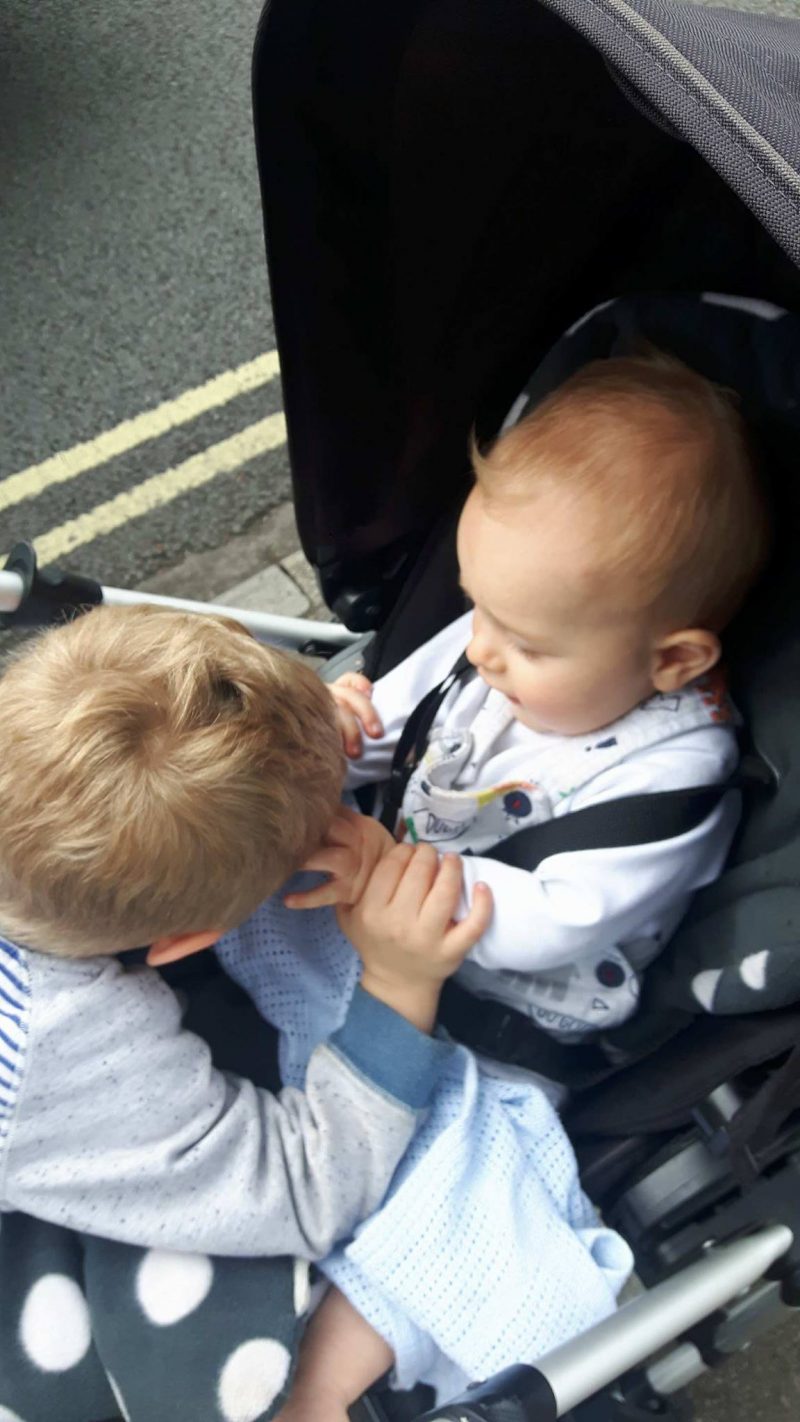 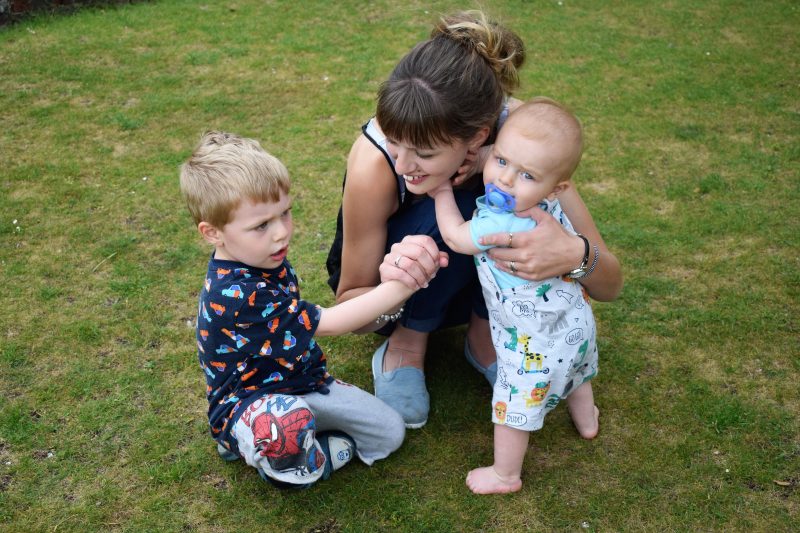 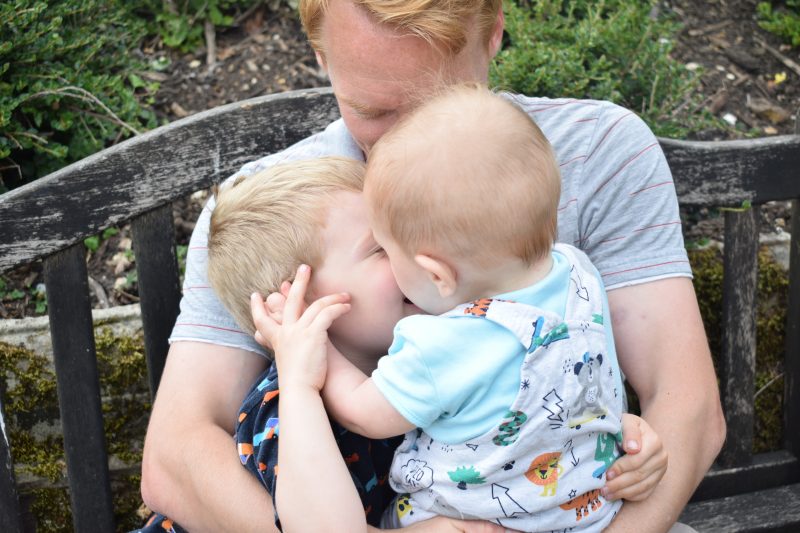 This month has been full of lots of memorable moments.. 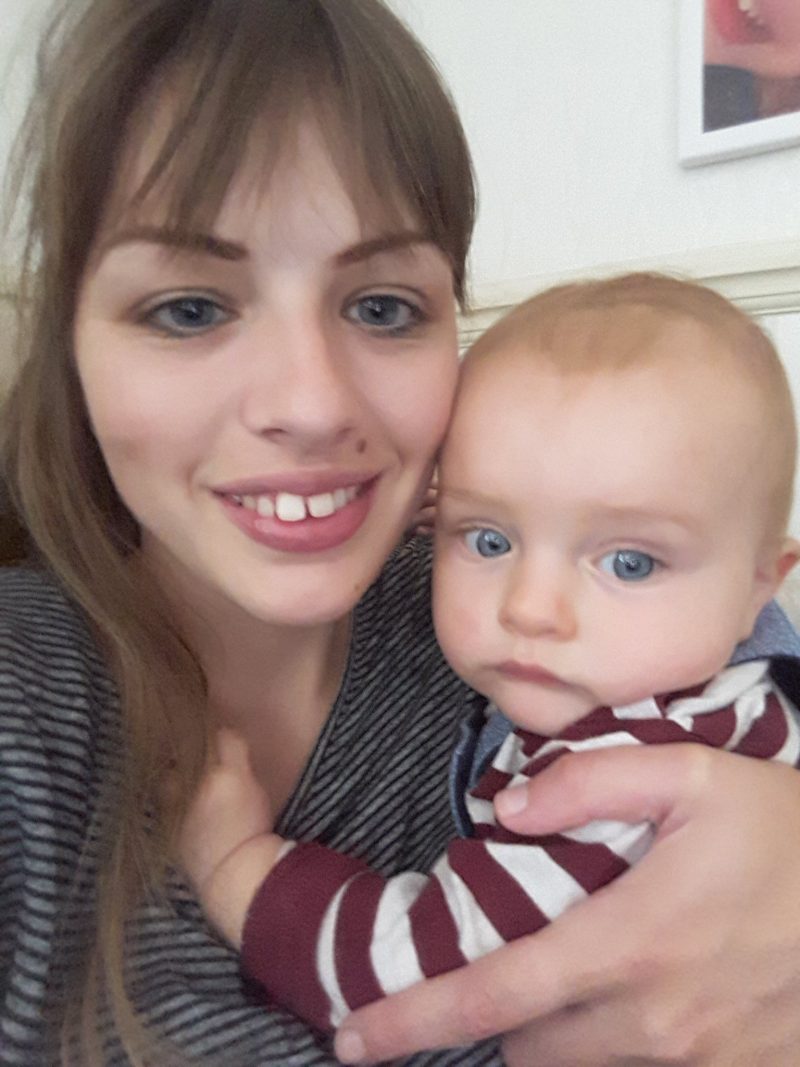 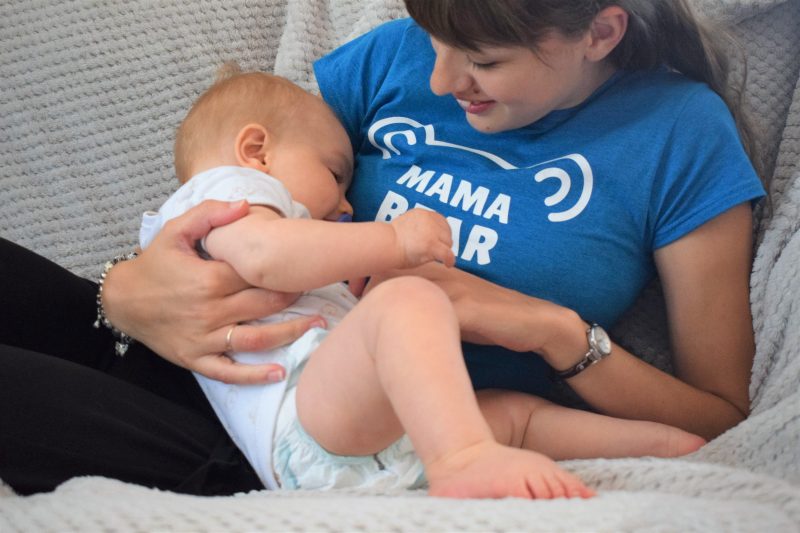 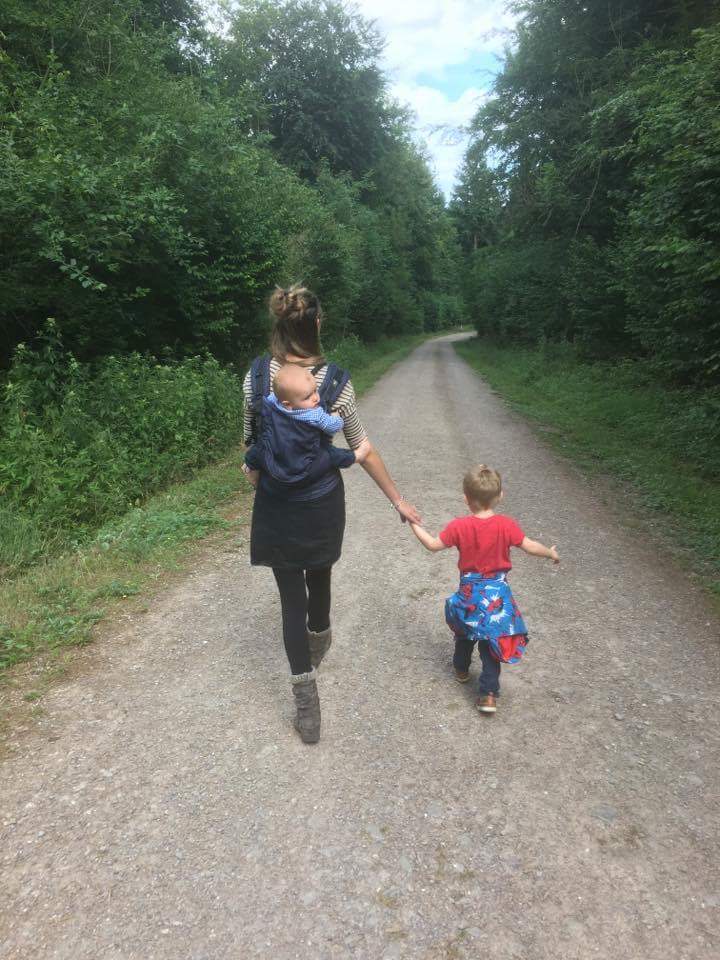 That is it for this month, I will be back again when Alex is 10 months old..ahh double figures!