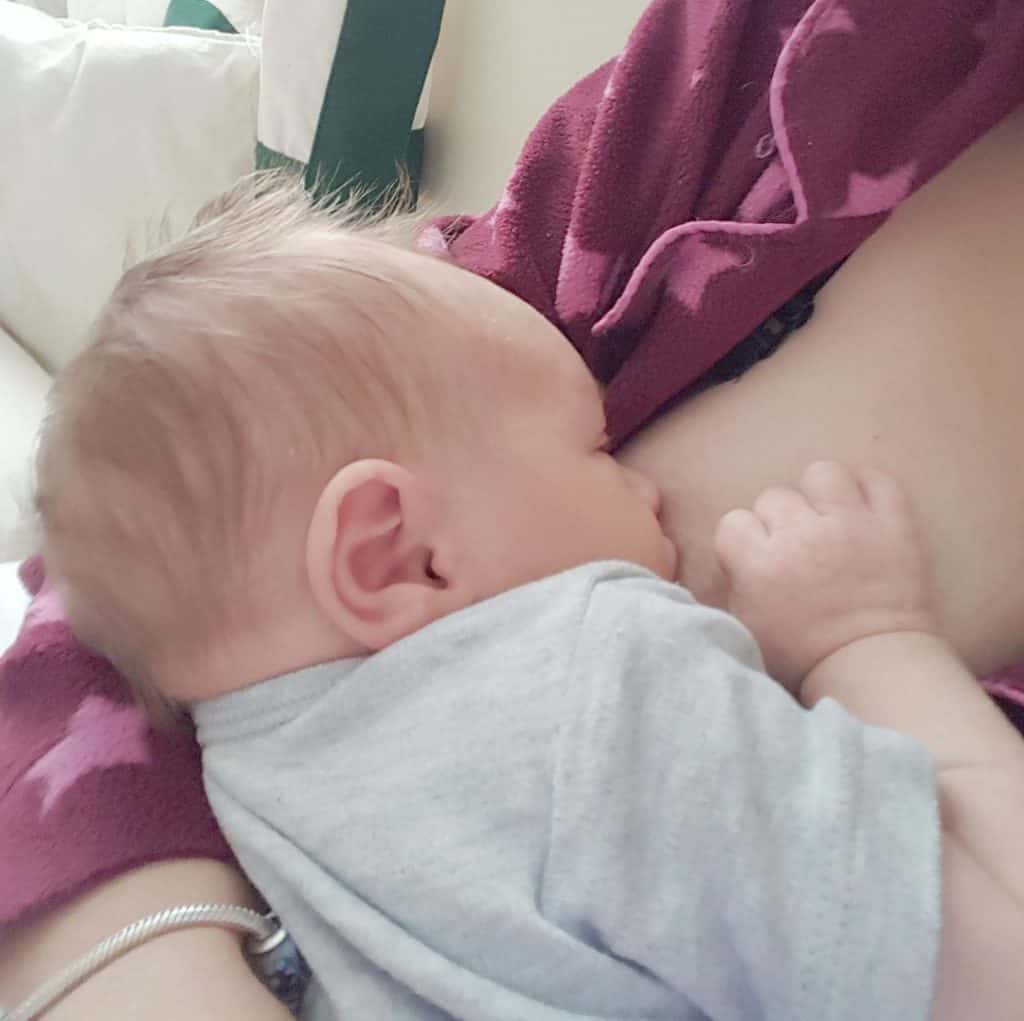 It has been just over two weeks since baby Alex arrived in the world and my days are now full of newborn cuddles, nappy changes, kissing tiny hands and regular declarations of ‘I’m so tired!’. The activity that is dominating most of my time though is feeding Alex. After having a successful breastfeeding experience with Leo I knew that was how I wanted to feed my baby this time around too. Although it may be as natural to a woman as giving birth, breastfeeding is not always easy – it can actually be really hard at the start. I have decided to document mine and Alex’s breastfeeding journey to try and show mums to be what breastfeeding is really like, a diary that is refreshingly honest compared to the information leaflets the midwives dish out before you leave the labour ward. In this first entry you can find out how Alex and I  are getting on with breastfeeding just 2 weeks in and discover what feeding is really like at the very beginning,

Our breastfeeding diary – The first 2 weeks.

Day 0
If you are planning to breastfeed your baby, very soon after birth the midwives will be keen to help you and your baby to have your very first feed. Alex was probably about half an hour old when he started routing  around looking for milk. The midwife helped me latch him on and we were away, our feeding journey had got off to a good start. Still feeling the effects of the gas and air and the strong pain killer I had been given after the birth meant this first feed was pretty much pain free.

The biggest challenge I found during these feeds early on was keeping Alex awake. A newborn’s stomach is only the size of a marble though so it doesn’t take much to fill them up. Newborns sleep a lot and feed little and often. It is best to prepare yourself for lots of feeding in the early days as breastfed babies tend to not have a feeding schedule, you pretty much just have to follow their lead and feed them whenever they want it (even if that’s only 20minutes after you last fed them!). Saying that, during his first 24hours Alex only fed 4 times during the day but then spent the whole night attached to me. I found the first 30 seconds or so of each feed pretty painful but the pain soon eased up..for now.

Day 1 – 4
Thanks to Alex spending so much of his first night stuck to my boobs, by the following morning I was in quite a lot of pain. Without a midwife to help I was struggling to get a good latch and, as a result, my nipples were killing me. So, only 24hours into breastfeeding and I was already applying lanolin (life saver, I use Lansinoh) regularly and although my milk hadn’t yet come in, I was putting breastpads in my bra so my sore nipples had a bit of cushioning against the fabric. 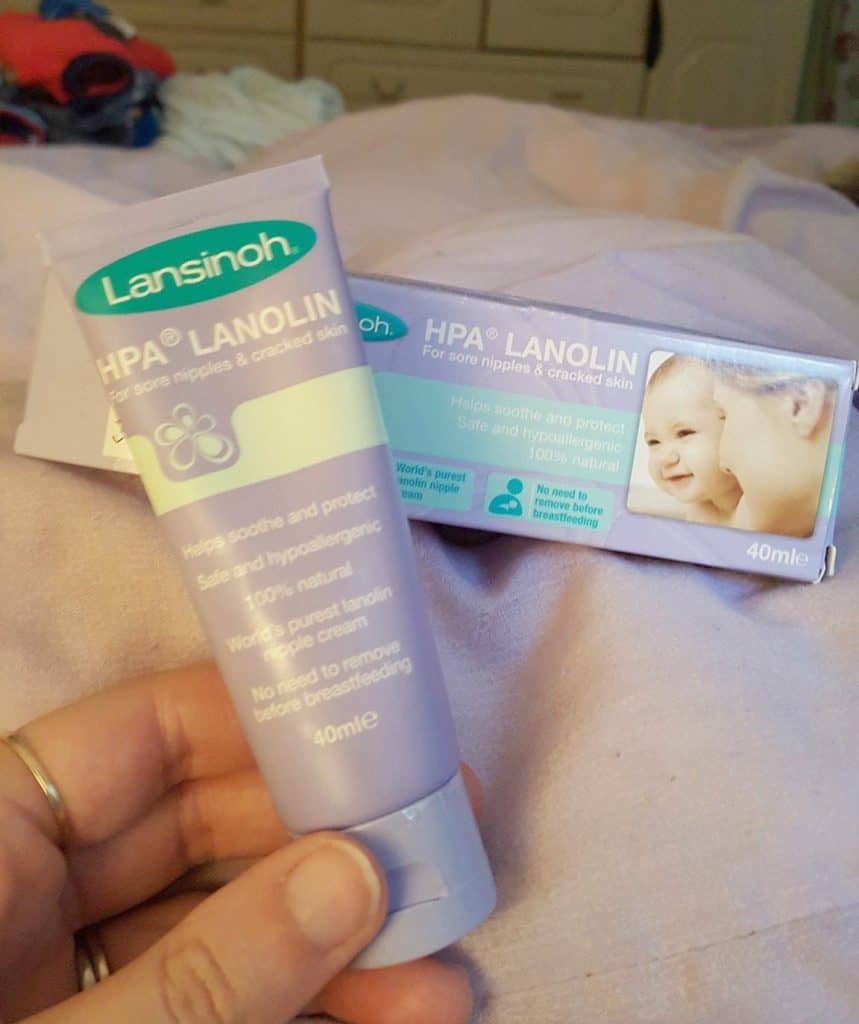 It became clear quite early on that Alex didn’t really know what to do when it came to feeding. All breastfeeding advice websites and leaflets will tell you your baby’s mouth needs to open really wide for you to get a good latch. Alex obviously forgot to read this information before he was born as he was trying to get on with a barely open mouth and there was nothing I could do to encourage him to open it more. This resulted in a very poor latch, like a pinch almost (yup..oww!) and was causing me toe curling excruciating pain throughout every feed.

My milk started to come in really quickly and by the end of day 1 my breasts were starting to swell up like balloons as they said farewell to super colostrum and welcomed in my ‘proper’milk. Unfortunately, these new rock hard boobs only exacerbated our latch problem and now I was dealing with engorgement pain on top of the agony of having my baby suck on my cracked nipples every 2 hours.

As the first few days passed, Alex was feeding more and more and some feeds were ok but others were so painful I had to fight back tears. On day 3 my milk was well and truly filling up and I had a cleavage my teenage self could have only dreamed of. Alex seemed to feed constantly now and in the evenings by day 3 he was cluster feeding his way from 10pm until 1am, exhausting for me and absolute torture for my poor nipples.

He may have been feeding loads but Alex was still struggling latching on. As well as the refusal to open his mouth wide, Alex also liked to: eat his hands, push his head away from me instead of towards the milk machines, scream and then clamp his mouth closed whenever I put him near my boob and just generally fight me when it came to feeding times. I found the best way to get him on was mid scream, I know it doesn’t sound nice but in those early days when my milk came in it really was the only way to get him to go on properly.

Like his older brother, Alex hates feeding from my right side. I have no idea what the issue is with that boob but my babies just don’t like it. I have to feed Alex using the rugby ball hold so he feels like he’s feeding from the left side, a clever little trick that the midwife taught me with Leo and has proved a success again this time around.

Day 5-8
By day 5 something had to give. My nipples were now actually bleeding and there had been moments during painful feeds in the dead of night where I just wanted to wake Oli up and send him to the shop for some formula. I stayed strong though and kept telling myself it would get better, Alex was still learning and just because I had done it all before didn’t necessarily mean it was going to be easy.

My saviour came in the form of a lovely midwife assistant at the clinic during Alex’s newborn check up appointment. I told her all about the pain, the exhaustion, the mutilated nipples. She listened, she reassured and, most importantly, she helped me. I was told to only offer the second boob if Alex had completely emptied the first side, giving each side more of a break between feeds (he had been feeding from both sides at most feeds!). She was surprised to see the state of my nipples and promised me that with a bit of help Alex could be latched on properly and they would heal. I was shown a new position to try and how to adjust Alex’s latch when he was already on to get his mouth wide enough. Thanks to this lovely midwife I no longer felt helpless and feeding time stopped being something I was dreading and instead was able to become the lovely bonding experience between me and Alex that I had been hoping for. 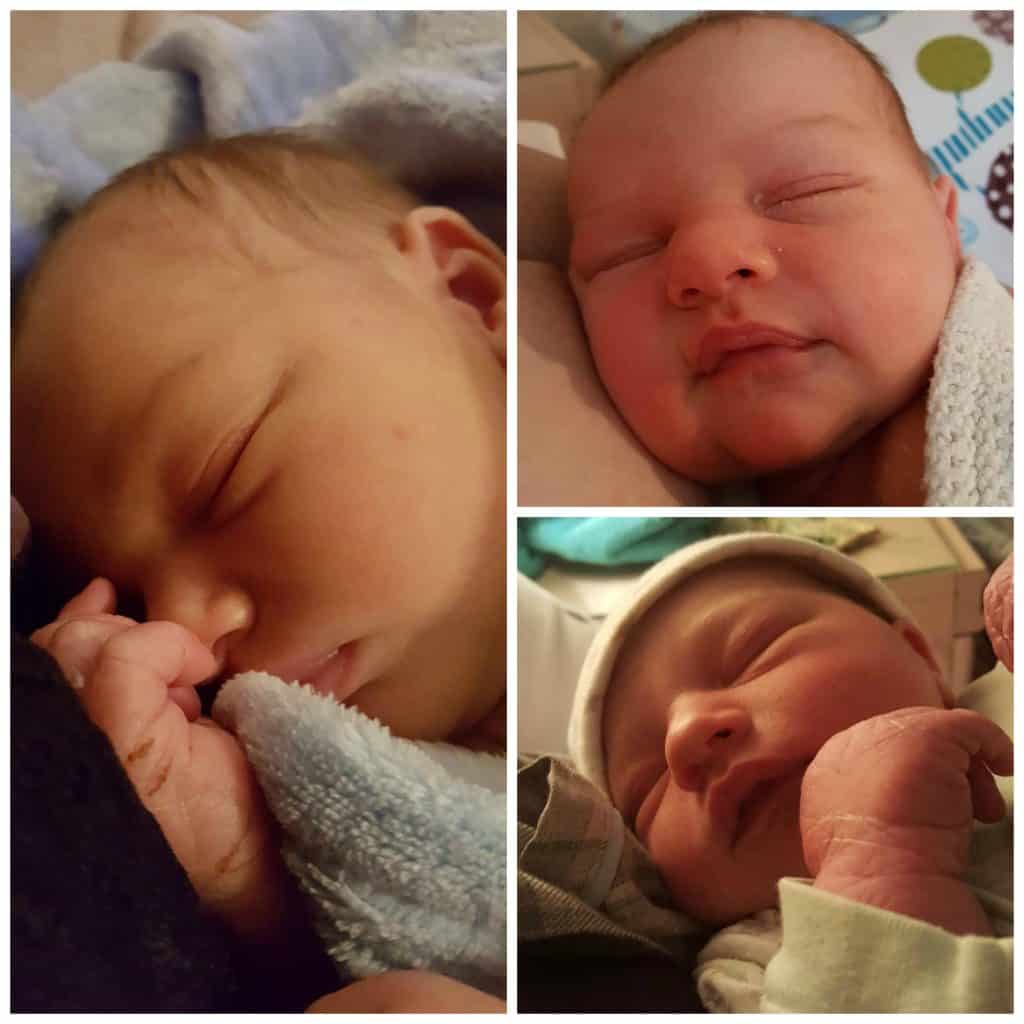 Thanks to my new found confidence, on day 6 I fed Alex in public for the first time (and have done several times since) and although he still prefers to munch on his hands for a good 5 minutes before latching on, by the time the first week was over things were so much better on the feeding front.

Week 2
Following the difficulties of the first week, Alex and I slowly got better at feeding over the following week. Thanks to the advice from the midwife and my determination, we are now achieving a proper latch at pretty much every feed. My evenings are still spent constantly feeding and I am still being woken by a hungry baby every 2 hours throughout the night. It is hard work spending so much time feeding Alex but it is worth it. Alex is gaining weight and our regular feeding sessions are a great excuse for me to put my feet up and to have lovely cuddles. Now there is no pain involved, feeding times are a lovely bonding experience between me and my baby boy. 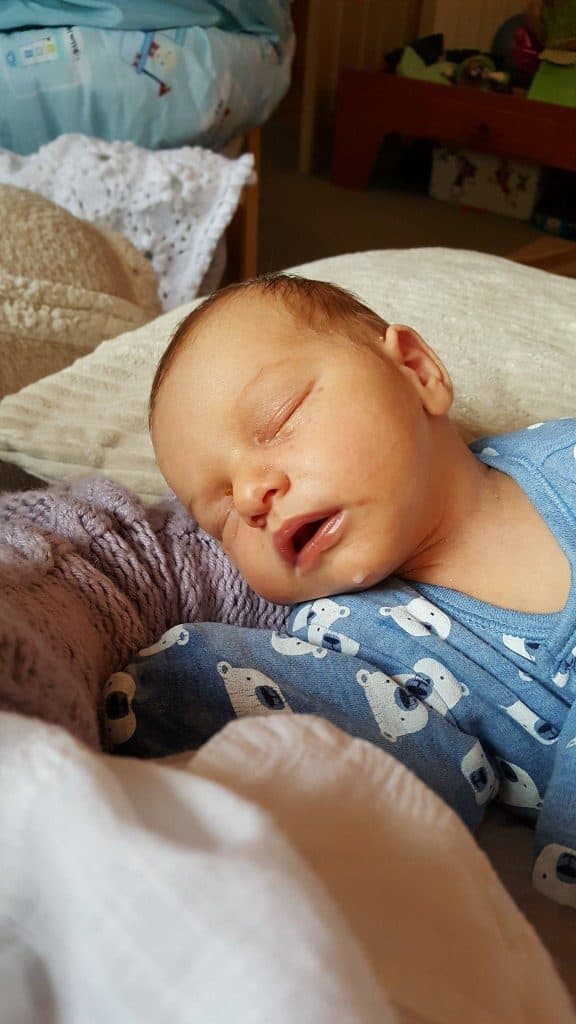 There are still a few issues with eating hands/hating the right boob that need to be sorted out but I am really happy with how breastfeeding is going at the moment. I am really pleased I persevered through those difficult days at the start and now Alex and I are well on our way to breastfeeding success.

My top tip for feeding in the first 2 weeks –

Ask for help! Breastfeeding isn’t supposed to be torture, if you are in pain then your midwife can give you advice and support to make things better. If you find breastfeeding is not for you then please don’t beat yourself up. Remember, happy mum = happy baby.

Apparently after the first 6weeks of breastfeeding it all becomes so much easier, I will be back with another diary entry then to let you know if this is true.

Ig you enjoyed this post and found it useful then you might want to check out all the other entries in my breastfeeding diary here.