If there is one thing Leo loves more than anything else in the whole word, it is Thomas The Tank. Regular readers of my monthly Leo updates will already know that my boy is some what obsessed with the blue steam engine and his friends. As a special Christmas treat for our Thomas super fan, on Saturday we travelled half way up the country to have a Christmassy, train filled day at Thomas Land at Drayton Manor. 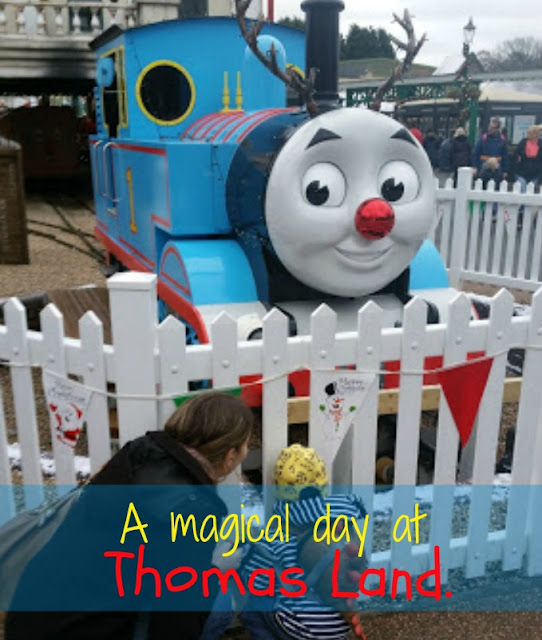