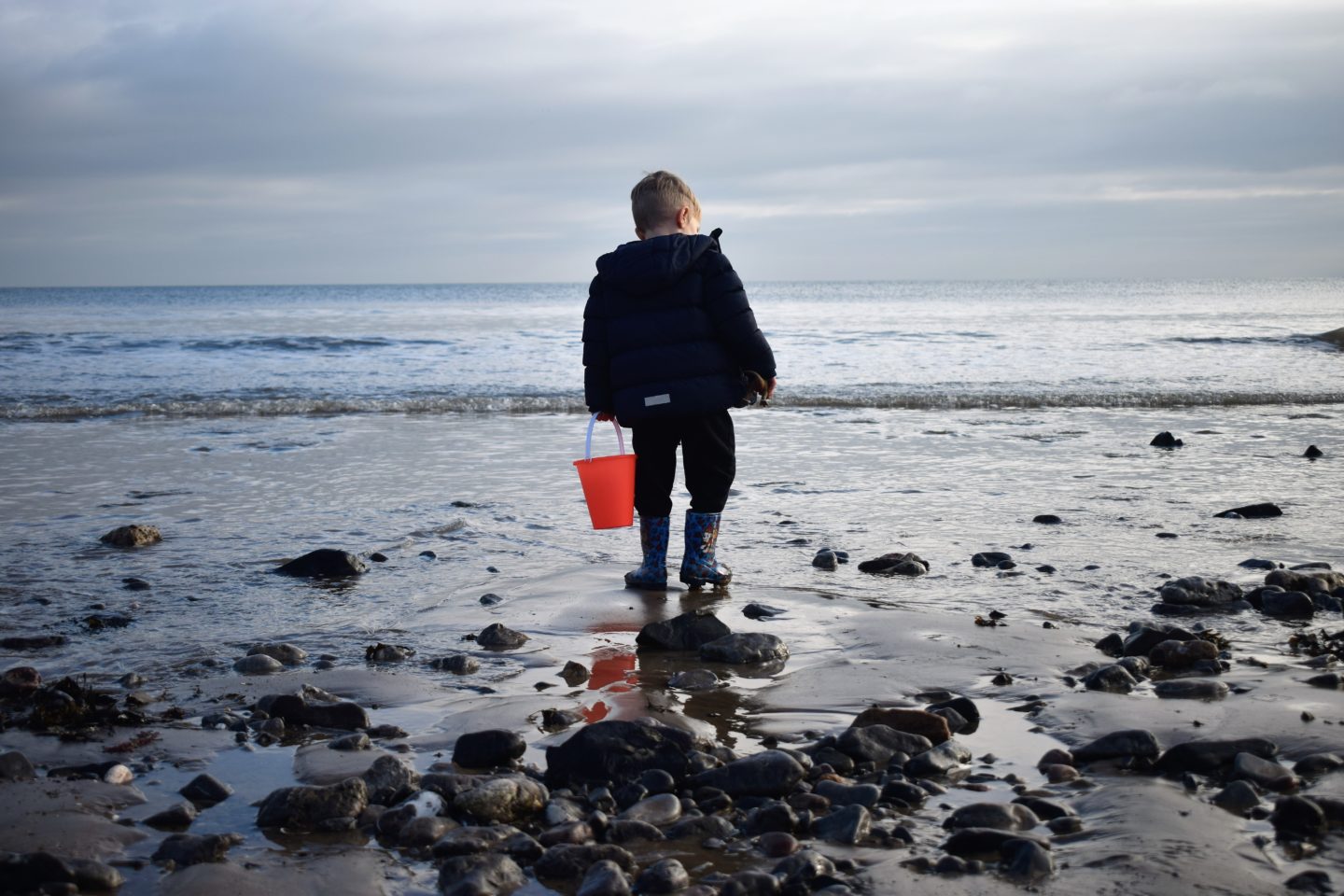 Yesterday was just one of those days. You know the kind, where everything just seems to go wrong and you feel like things just keep going from bad to worse to epically shit. The day itself started off fine, we weren’t late for school, Alex and I had a nice time at toddler group and my nan took us out for lunch in town. As far as Wednesdays go, yesterday started off pretty nicely. It was once I picked Leo up from school that things started to go very very wrong.

Just one of those days

I should have learnt by now, after school is not a good time for venturing out the house with the kids. Alex is usually hangry and Leo is exhausted from a day in the classroom. We needed bread and milk though and, I don’t know about yours, but if my kids don’t have warm milk at bedtime there is absolutely no way they will go to sleep. I also needed to try and get a doctors appointment, get my fringe cut and take some overdue books back to the library. There was a small list of errands to run but nothing the kids couldn’t handle. With no tantrums or meltdowns I could have got everything done in an hour max. There were tantrums, however. So so many tantrums.

We headed to the shop first and this is where all hell broke loose. All we needed was a bag of prawn crackers, did they have any? Of course they bloody didn’t, I should have taken this as an omen foretelling the shitstorm that was about to hit, instead I carried on browsing the aisles with the kids looking for an alternative side to have with tea. Alex is two, therefore, Alex enjoys running around like a bull in a china shop whenever we go to the corner shop. I can just about deal with Alex running riot but when Leo decides to go feral too, there’s not much I can do to keep them both under control. They ran off in separate directions, they tried to swipe things from the shelf and they shrieked and shouted at a volume I can only just tolerate at home. 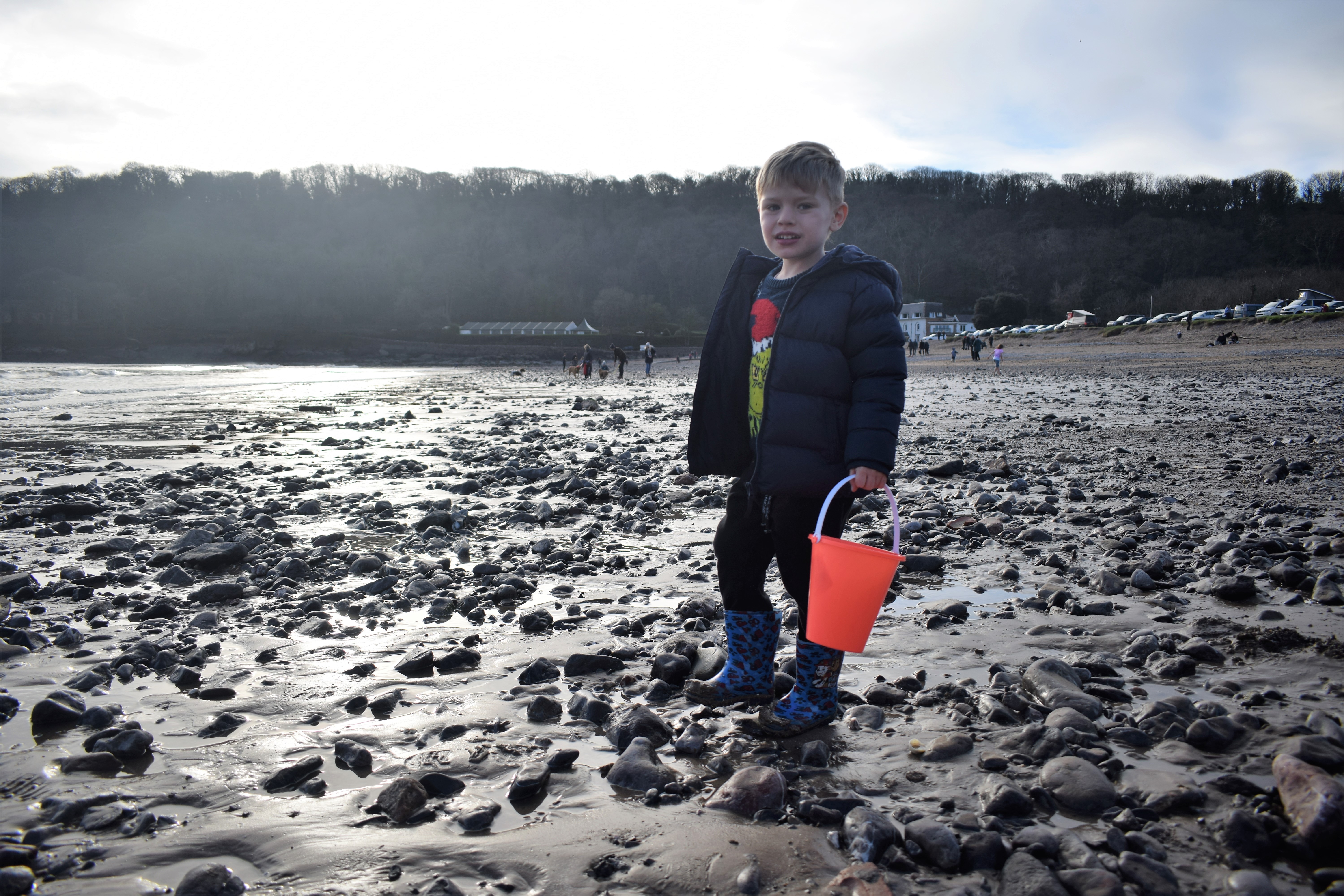 When it was time to pay, with no prawn crackers in my basket and just a small bunch of bananas so I didn’t feel the trip was a complete waste of time, Leo decided to take something off the shelf and declare at the top of his voice that he ‘really needs it Mummy!’.  I said no, cash is tight at the minute and besides, I wasn’t going to treat him after all that running around and shouting. I managed to make it out of the shop with both the kids, looking dishevelled with cheeks flushed from stress and probably a crazed look in my eye. We made it just out of the automatic doors and then Leo started screaming at me, crying like I just told him the TV had exploded and he could never watch Paw Patrol again and he was stamping his feet as his face got redder and redder. When my boy gets angry, he get’s really angry; he’s basically the hulk who hasn’t quite figured out how to triple in size and turn green.

As if the screaming and crying and stamping wasn’t enough, as I got down to Leo’s level and tried to calmly speak to him, I was treated to a massive slap in the face. Now, I know he is only five but that whack to my right eye really hurt. There were builders working on some scaffolding the other side of the village square and I heard them gasp when Leo hit me. I didn’t shout though, oh no, I’ve read enough parenting advice to know that when you’re child is having a meltdown you need to be the calm to their storm, if you decide to mimic their behaviour the hurricane will just grow stronger. Knowing he’d crossed a line but still not ready to apologise, Leo decided to lock himself onto the trollies outside the shop and no amount of coaxing, pleading, cross words from me could get him to move. We were right outside the shop, so basically everyone who walked in or out to do their shopping saw us. Some strangers tried to intervene, to offer me some support or try to chat to Leo to calm him down, when Leo goes into these meltdowns though he goes in deep and no one was pulling him out before he was ready.

Then, out of nowhere, he was ready. The screaming subsided, the cries turned to infrequent sobs and I managed to take his hand and lead him away from the trollies and the shop. This was after about twenty minutes and as he chatted to me like nothing had ever happened, I was feeling extremely fragile. We went to the hairdressers next, I just wanted a quick fringe trim. Could they fit me in? Could they hell. So we carried on walking to the doctors, could they squeeze me in at the end of the day? Nope, I mean, why would they? My surgery has a serious issue with giving you an appointment unless you ring at a specific time in the morning. To the library next, to drop off the books. We got there and I realised I’d left the books in the car that was parked up the other side of the village, by the shop where Leo completely lost it; there was no way I was walking them both back up there after we’d only just arrived at the library where there were books and toys to keep the boys happy. 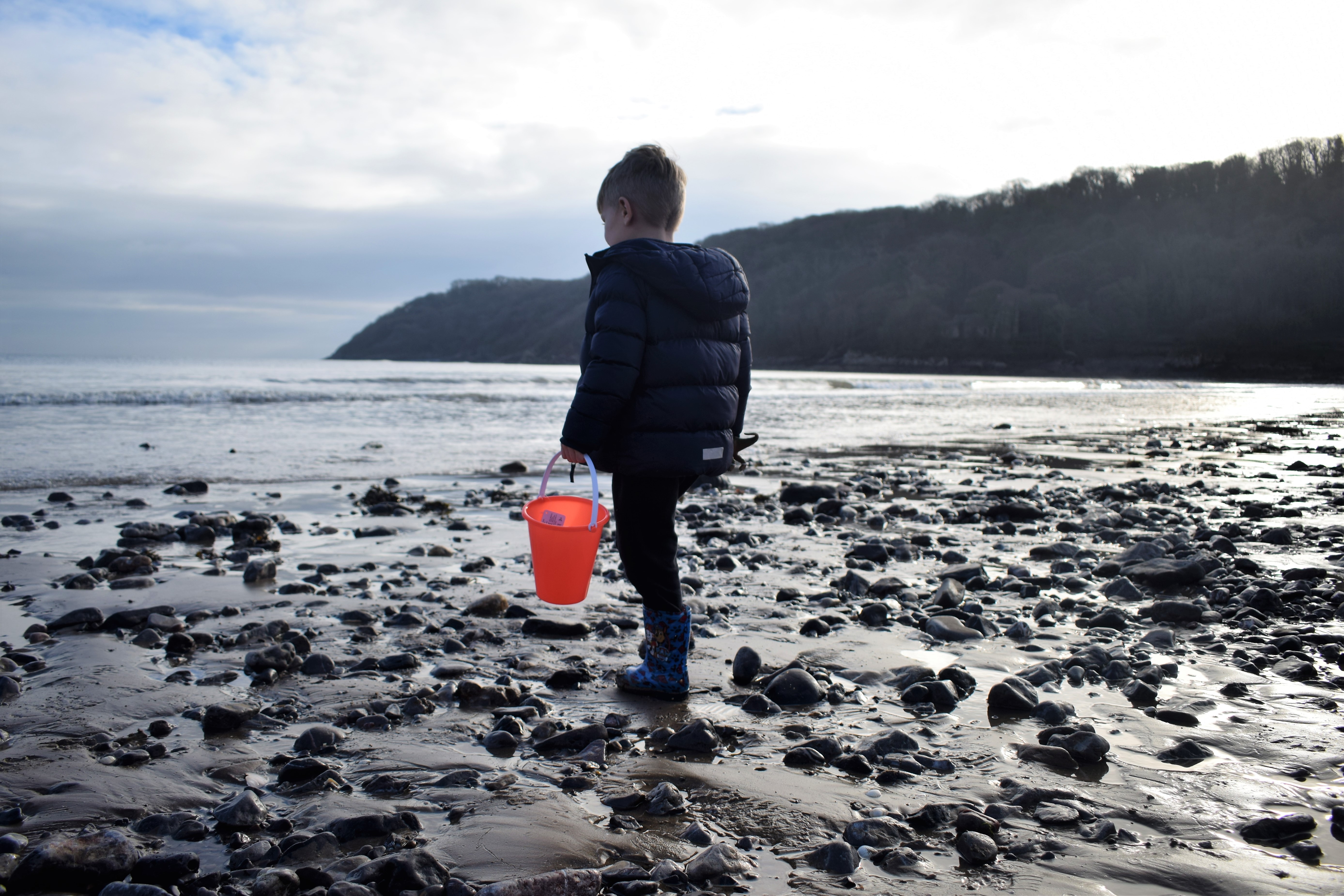 I phoned Oli, asked him to come meet us after work. By the time he reached us about twenty minutes later, I was a woman on the edge. To be fair to them, the boys were playing nicely in the library but after the events of the last hour I was feeling completely drained and miserable. The second Oli arrived I burst into tears, I sat and sobbed in a chair in the children’s section of the library and felt like a fool, not for the tears but for thinking I was capable of doing something as simple as running a few errands with the kids in tow. I felt like a shit mum and human and then Leo saw me crying and I felt even worse. He kissed me and cuddled me and told me to stop crying, god it made my heart hurt to cry in front of him and to see him being so kind when he’d been so awful to me just half an hour before. We got over it though, I bought us chips from the chippy and we all sat around the table at home and talked about everything but what happened earlier and we soon managed to move past it.

At the time though, when Leo was screaming and my face was hurting from where he hit me and I could feel the judgmental gaze of every passer by on me as I tried to calm Leo down, I felt like a complete failure. I’m not a failure though, or a bad mum. Leo didn’t hit me because I am not a good mum, he hit me because he was angry and frustrated and he saw red, if Oli had been with us he could have easily slapped his face instead. Yesterday was just one of those days, we all have them from time to time. Sometimes more than three times a week and other times we have nothing but good days for weeks on and end a bad day can crop up out of the blue. Yesterday was just one of those days, today has been a much better one. That’s the most important thing to remember, there are going to be hard, challenging, miserable days in this life, but there are always better ones waiting for you just around the corner.

Have you one of those days lately? I’d love for you to share your experience in the comments to show that every parent has difficult times they have to deal with. 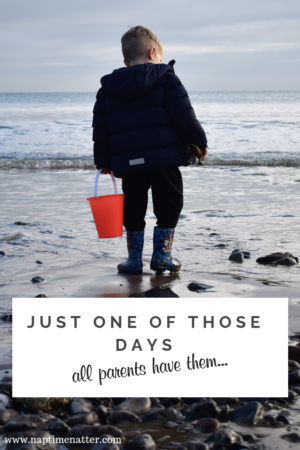 I can’t cope with the tantrums
Does my four year old hate me?
5 reasons I don’t cherish every moment
Motherhood, am I doing it all wrong?