4 things all beginners should do to start a fitness routine 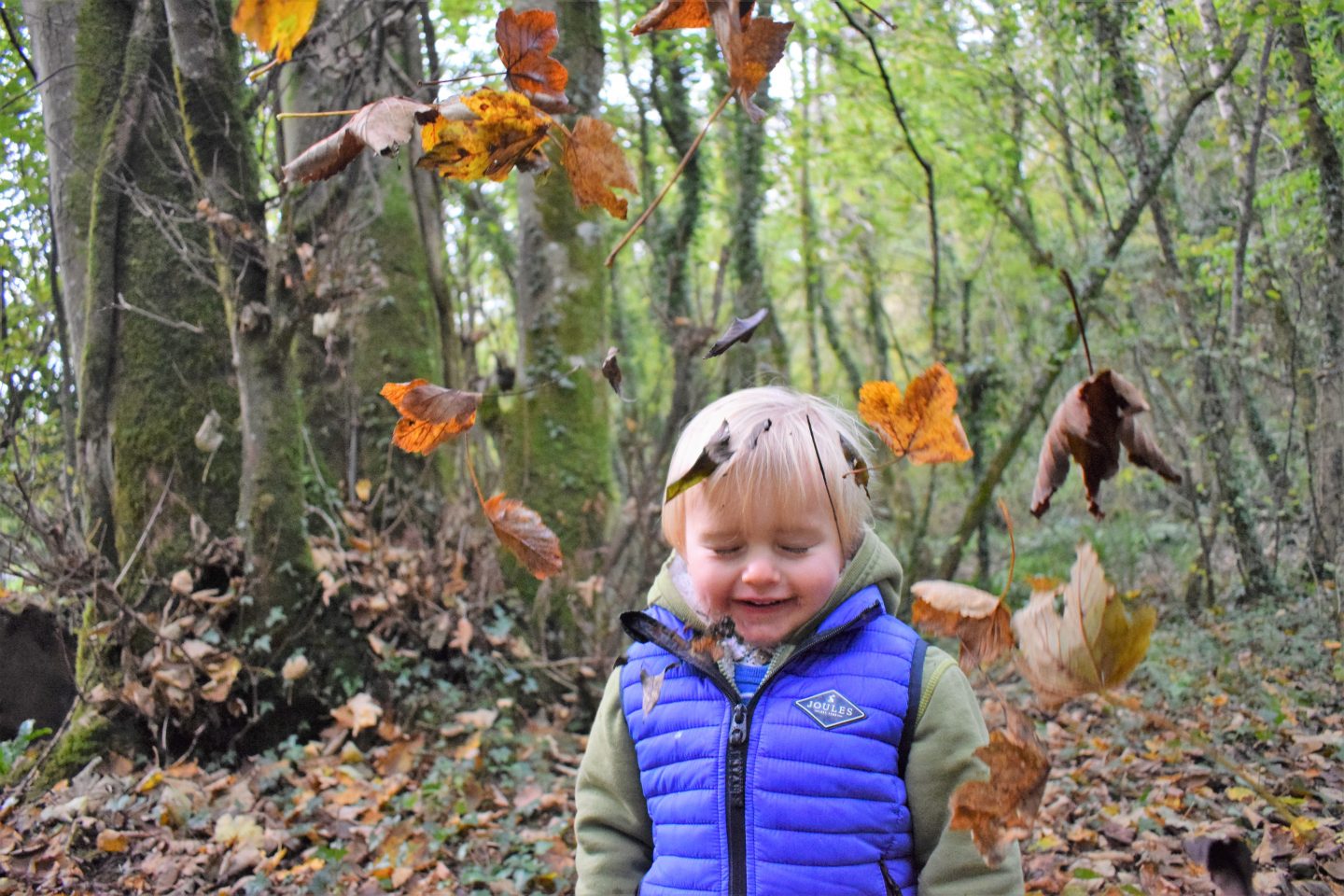 At the end of October Alex turned two. My baby isn’t a baby anymore. I can remember when Leo turned two and in my head I had fully accepted that the following twelve months were going to be hard work. I completely fell for the whole terrible twos thing and, I’m not going to lie, Leo was a very difficult two year old. In fact, he continued to have tantrums when he was three and when he was four. He’s five now and, guess what, he’s still having tantrums. I don’t think he’s terrible though, he’s just a growing boy who is sensitive, highly emotional, a perfectionist and wants to be more independent than his years will allow. I’ve never looked at him and thought ‘you’re terrible’, I did subscribe to the idea of the terrible twos though and I wish I hadn’t. There were times I could have been a better parent, times when he was having a meltdown over something and I just swept his behaviour under the carpet as the terrible twos, not stopping to consider it could be something more. I know my boy so much better now and I know a lot of his ‘terrible behaviour’ when he was a toddler wasn’t him being terrible at all, he needed me to help him make sense of the world for him but instead I just added his meltdown to the long list of tantrums and accepted he was just acting that way because he was two. Looking back, those early years  with Leo did have their challenges and I feel like if the phrase ‘terrible twos’ hadn’t existed I could have been a better mum to him, I would have taken more time to think through why he was really having another tantrum instead of always just believing he was behaving in a certain way because of his age.

As a second time Mum I now possess the wonderful power of hindsight. I know that it’s not just going to be these next twelve months where tantrums will be a regular occurrence from Alex, I know that he’s never being terrible and that I need to step up as a Mum because this time in his life is far more challenging for him than it is for me. Alex is just starting to realise who he is, he’s learning where the boundaries for his behaviour stand and how far he can push them. He’s learning independence, he’s dealing with frustrations because he can’t really speak yet and sometimes it all gets too much and he blows up and screams and shouts and lies down like a plank of wood on the floor. I’m ok with that though. Sometimes it is crap being a toddler, they want to do things and can’t understand why we say no and they can’t have their own way. He doesn’t understand why he can’t run off down the road without holding my hand, he doesn’t get why he can’t just eat chips at every meal and, therefore, gets pissed off and goes on hunger strike when I present him with a plate of veg. 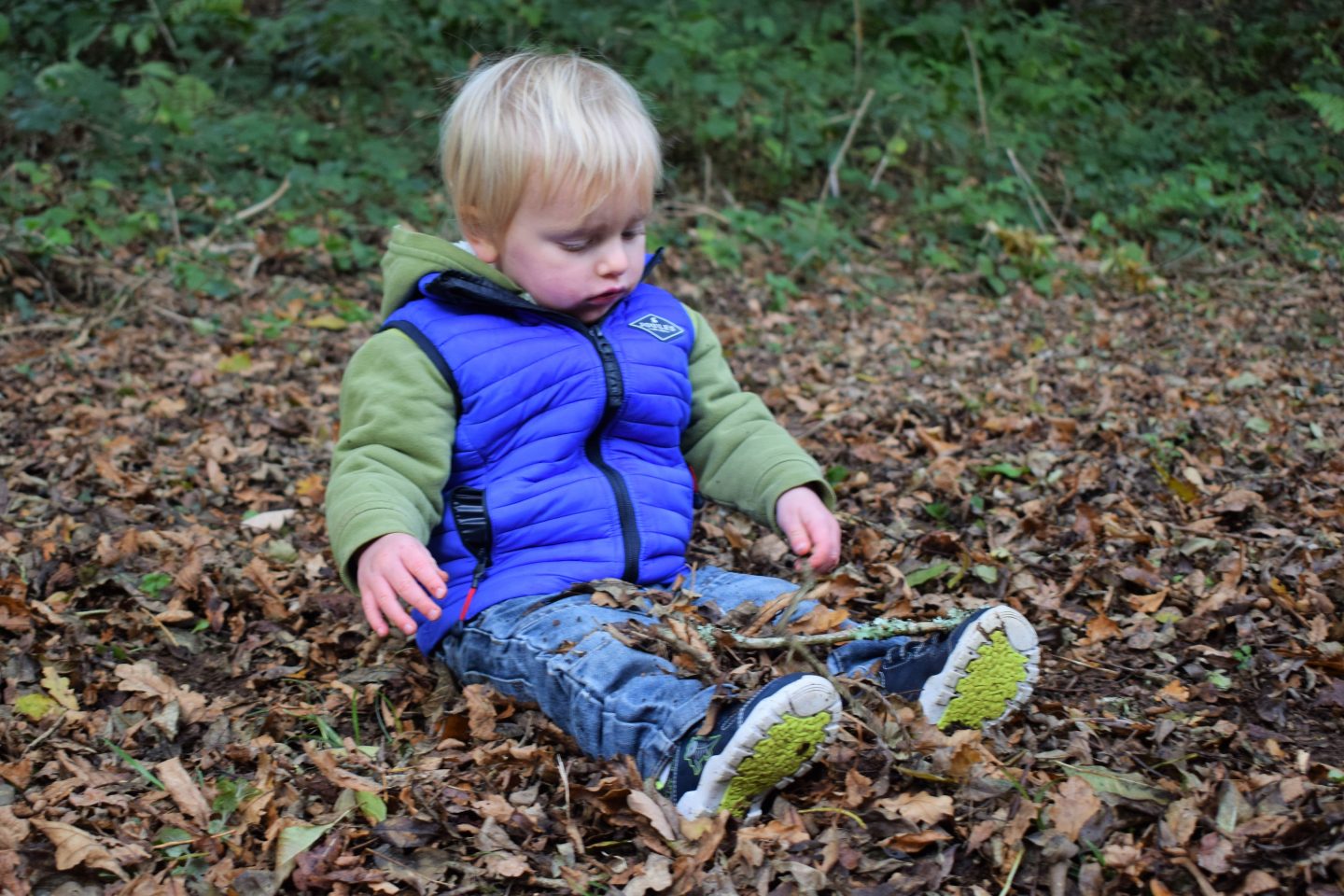 It is hard work being two and I don’t think it’s fair that toddlers are given the label as ‘terrible’ when really all they need is us to be understanding and calm and patient to help them figure out how to make sense of everything going on in the big world around them. Don’t get my wrong mums, toddlers can be hard work, they are capable of pushing us to our absolute limit and can leave us hiding in the bathroom, crying into a lukewarm cup of tea by midday after a morning flooded by a constant stream of tantrums. There are plenty of times that our little ones will become better at planking than a personal trainer when we try and get them into their car seat, there will be lunchtimes where they scream for an hour because they wanted the blue plate and you gave them the green. They will stamp their feet when you say it’s time to leave the park, they’ll scream no when you try to brush their teeth. You will stare at them in utter confusion when they sob over a broken biscuit instead of just eating the two pieces separately.

The toddler years are full of mind boggling moments where you have no clue how your child can possible be so angry and, in those situations, don’t let it get to you. Laugh to yourself through the madness of it all. In their own noisy way, they are just saying they don’t understand why things can’t always go their way, they just don’t get life sometimes. As their parents, we have to give them that, we have to let them feel their feelings and help them through these times the best we can, be it simply explaining you didn’t know how much they loved the blue plate and they can have it at tea time or gently explaining they have to hold your hand because the road is dangerous. 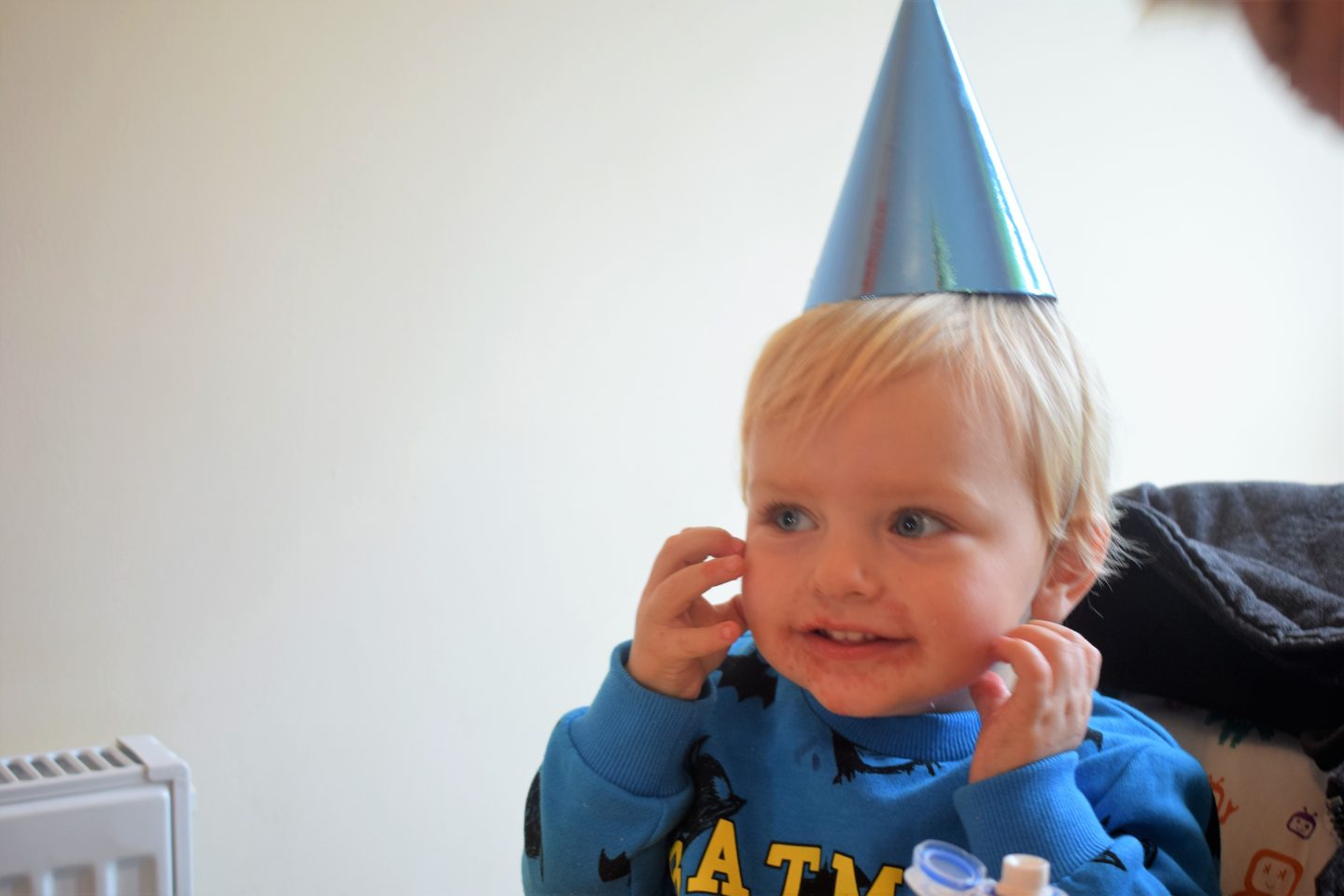 I’m a much better mum to Alex than I was to Leo when he was two. I compared Leo too much to other children, I constantly felt like I was being judged, I thought he was naughty instead of just learning, I didn’t stop to fully understand and empathise with him. Instead I branded his behaviour as the terrible twos and convinced myself the phase would just pass without any input from me making any difference. I never thought Leo was terrible, I would never have described him that way, I did put too much emphasis on his age when it came to his behaviour though and I regret not being more understanding. Not this time though, I’ve learnt from my mistakes and that is why I’m  never going to paint Alex’s behaviour with the terrible twos brush. From now on, that phrase doesn’t exist in my vocabulary.

I’m positive that there are going to be many times over the coming months and years that Alex will push and push me until I feel like I’m going to fall off the edge, I’m sure there will be times I’ll cry after a hard day with him but I’m always going to try and see his point of view. I’m  never going to just say ‘it’s the terrible twos’ and leave him carry on rolling around the floor of the supermarket as I watch on and try not the shrink under the embarrassment and weight of the judgemental stares of others. This time around, two will be terrific, not terrible. 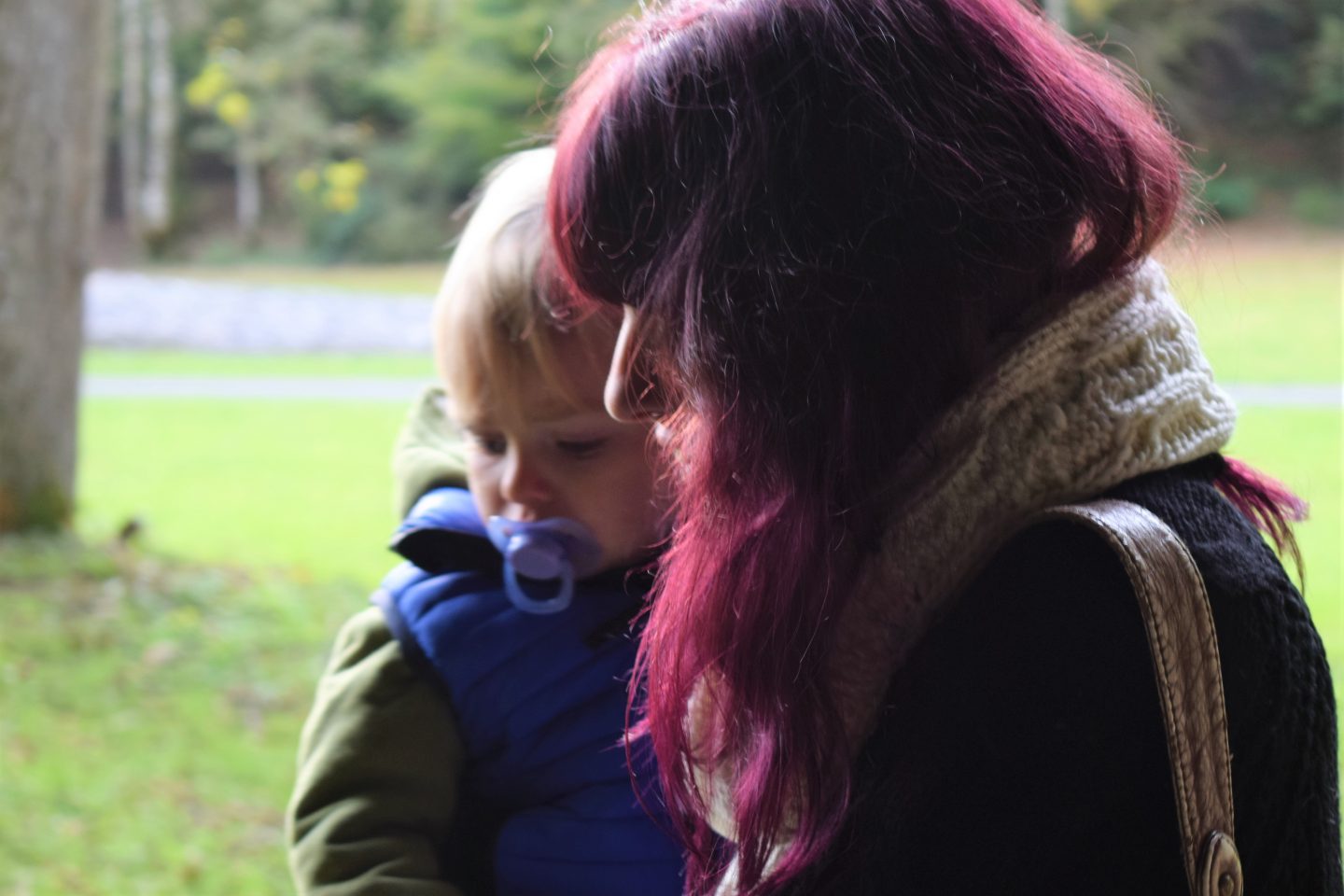 Who’s with me? Shall we ditch the terrible twos label and take more time to understand our little ones instead of just blaming their behaviour on their age? Does anyone else regret how they parented their eldest child and feel like it’s helped them deal with the stages of growing up better with their second born? I’d love to hear your experiences in the comments. 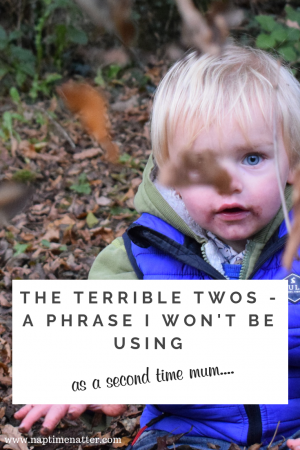 If you enjoyed this post you may also like to read..
Parenting a toddler, it’s not as bad as I remember
I can’t cope with the tantrums
Does my four year old hate me?
The terrible twos, was it really so bad?