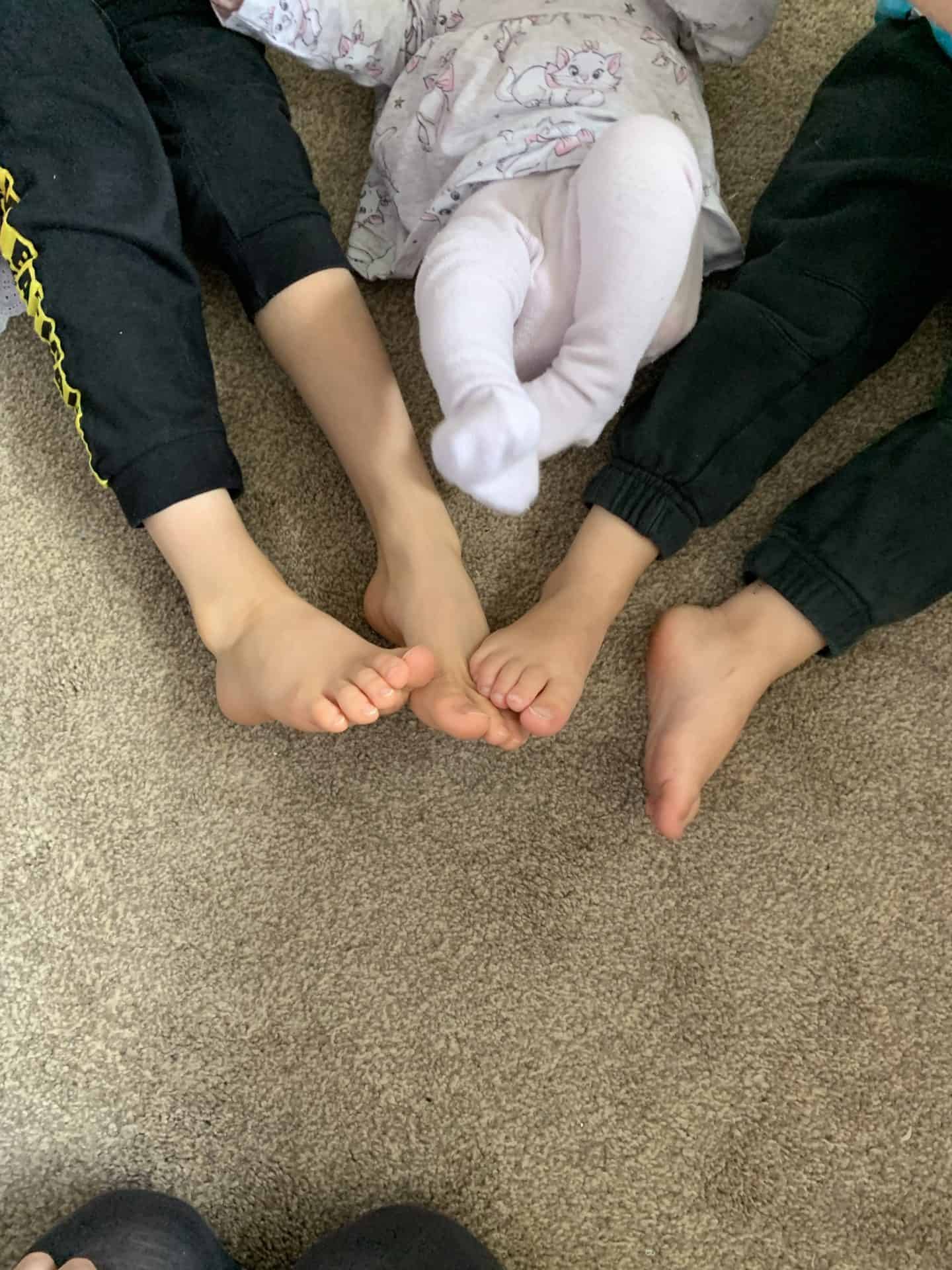 I’ve noticed something recently. When I am out and about with my three little ones I seem to be getting lots more comments from strangers than I ever did when I only had the boys. There’s been a shift since Tilly arrived, not only has my family life changed but now the things people say and the judgements they make on me as a mother have changed too. The jump from one child to two felt big but it was a manageable leap, like stepping stones placed just close enough apart across a river. Going from two to three? Well, that felt like just hurtling myself off a cliff and hoping for the best. Life has totally changed now I have three children, Tilly has slotted right in but also breathed a sense of total chaos into our days too. And, wow, other people sure seem to love commenting on my growing family and giving me their thoughts on being a mum of three. Here is a list of just some of the things people have said to me now I have three children

The things people say when you have three kids

You’re crazy – I get this one a lot and, to be honest, I do feel like I must be slightly unhinged sometimes to have chosen this life. I mean, how can you not when the baby is screaming, the eldest is giving you attitude and the middle one has just missed the potty and pooed on the floor? Life with three is manic a lot of the time but I don’t think having three kids makes me a mad woman! Sometimes this mum of three life does feel like it’s going to drive me crazy but I never felt mad for choosing it to start with – I’m making sense, right?

Do you have a glutton for punishment? – Heard this one a few times from the more elderly members of the general public. Life with kids is obviously hard and challenging some of the time but I never feel like I’m being punished. I love my babies, all three of them and yes they test me sometimes but they are worth every single tantrum and all of the tears. I don’t know why these people assume I hate life with kids and yet I keep having more? Also, life with kids isn’t all bad, maybe these people have just forgotten how wonderful having children in your life can be.

Was she planned? – When you get pregnant for the first time everyone is overjoyed, get pregnant for the second time and no one is surprised as it just seems like a natural progression, giving your firstborn a sibling. When you get pregnant for a third time everyone wants to know if this baby was ‘a mistake’ and people you barely know ask if the pregnancy was planned. As I said above, my third pregnancy wasn’t planned but she’s not a mistake either. A happy accident is a nicer way of putting it. I am happy to give up this information when I decide to, I don’t like people just asking me outright if Tilly was planned though: it’s personal, rude and something some people could be really sensitive about. What does it matter anyway? If you see a mum with three kids then she has three kids, does it matter if for one of them she used an ovulation calendar, the other her and her partner were really trying every day of her cycle and the third one came to be because they forgot to use contraception? Is it really anyone’s business? Just say ‘your baby is lovely’ and carry on with your day.

You’ve got your hands full – Oh, I know! I know that, my hands are literally full and I need one more to just have the same amount of hands as I do children. I KNOW my hands are full. Maybe when I’m out with the kids and people see me struggling, instead of chirping up with ‘you’ve got your hands full!’ , people could actually stop to help. Hold the door open for me so I can get the pram through, let me pop ahead of you in the queue so I can get my screaming toddler out the shop, give me an encouraging smile or an offer to help when you can see the three of them are beating me down. You don’t need to tell my I’ve got my hands full because, trust me, I already know that.

You must be exhausted – Yea, let’s not even go there…

I know people just like to comment when you’re out with kids, there’s something about babies and small children that gets everyone talking. I don’t really understand why but since having three children it’s like people I don’t know just can’t resist telling me how crazy they think I am or that I look knackered, so much more than they ever did when I only had two. I’m not a circus show, I’m just a mama with three little ones, you don’t need to stare and give me your feedback when you see me down the shops. Ask me how am I if you fancy a chat or offer smiles to my kids and a little wave hello, I won’t mind. I do mind though when all I’m trying to do is buy a coffee and the man behind me in the queue laughs and says ‘you have your hands full’. I know most people don’t say these things to be mean but when you hear the same comments over and over again it starts to be a bit much. Imagine what people would say if I had five kids, or ten!! I’ve only got three, it’s really not a big deal, is it?

Do you have more than two children? Have you noticed people make more comments now than they did when you only had two?