A few months ago I wrote about how I was feeling a bit lost. I felt like being a mum had taken over every aspect of my life and there was no time left for me to just be Wendy anymore. Since then things have changed slightly, slowly I have been finding small snippets of time for myself and have started to do the things I love again. I won’t say I feel like I have completely reclaimed possession of my identity as that wouldn’t be true BUT I do feel more content with life and less trapped. Although motherhood changes us, takes over our lives and can leave us pining for our child free selves, it is possible to rediscover who you are. Mama, it is possible to feel like you again.

Finding yourself again when you are a mum.

Over the past month or so I have started to feel a lot less lost and a lot more content in my life as a mother, wife but also as my own person too. What has happened to bring on this change, you may ask? More hours haven’t suddenly appeared in the day and I’m not doing less in terms of parenting/housework/my job. What has changed though is how I decide to treat myself, how I choose to talk to myself, how I now value my own happiness as much as that of my family.

I have struggled with my guilt something chronic since I had Leo. Things I never expected to feel guilty about suddenly had the ability to make me feel really rubbish. Little things like what the kids have or haven’t eaten that day, how many times I have or haven’t hugged them, how much quality time I’ve spent with them.. you get the idea and these are just three of many examples I could give you. Over my six years as a mum I have battled tirelessly against the mum guilt, I’ve tried to stand up to the negative inner voice and have tried to believe that I am a good mum to my children. The fighting has finally paid off, I do feel like a good mum now, I can appreciate that no parent is perfect and I know I am doing my absolute best for my kids and have nothing to feel guilty about. 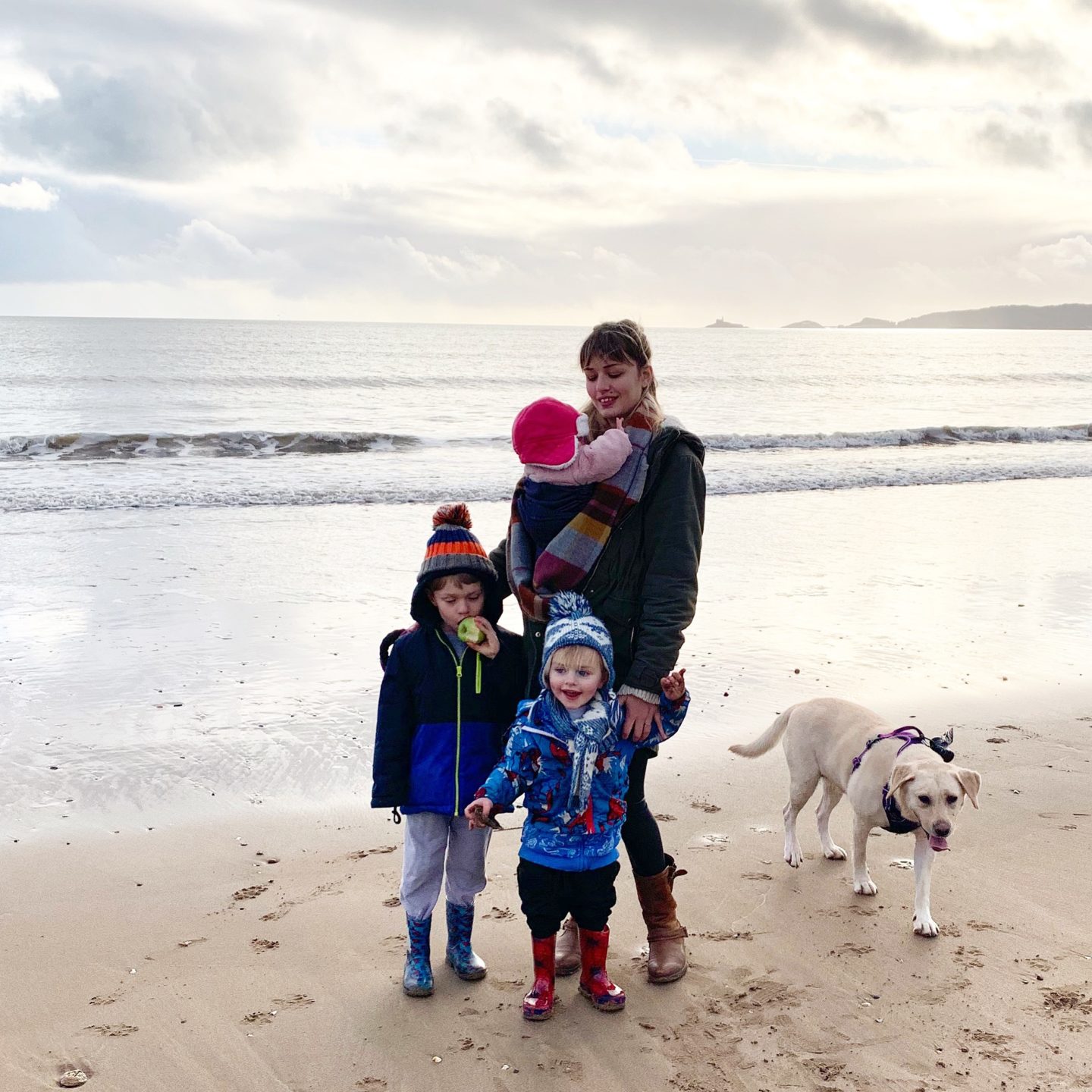 There are actually lots of things that used to make me feel guilty that I no longer have any mum guilt about and that has made a massive difference to my happiness as a parent. Up until recently though I did still find spending time doing things for myself was triggering the pesky mum guilt reflex. If I were to spend naptime doing something for me instead of cleaning or sorting out tea for the boys or something that benefited the rest of the family rather than myself then I would feel guilty. I would find it hard to sit with a book or watch TV without thinking of all the million and one other things I should have been doing. In the rare moments of opportunity I had to do something I enjoyed doing I wasn’t grabbing my chance and doing it as guilt would win and I’d end up getting back to my mum/wife duties. I’ve decided to stop that now, every day I am making a conscious effort to put myself first in the times that are available for me to do so.

I have discovered that it is totally possible to, say, do my hair nice and get the kids sorted for school, I just have to be confident that they can sit at the table and eat breakfast alone for 10 minutes without me hovering around the kitchen. Straightening my hair may not seem like a big deal but I like it looking nice and the world won’t end if I quickly drag my GHDs through my fringe and maybe run a little bit of that coconut serum I love through my locks too while I’m at it, will it? I hate doing the school run feeling scruffy and a mess, I’m much happier on the days where I’ve made an effort to get myself ready, sometimes that can be something as small as brushing my hair or spritzing some of my favourite Lancôme perfume on my wrists. Little things that can make a big difference to my mood.

When I was stuck in the cycle of continuously doing things for other people and never, even when I had the chance, spending time on myself I really felt like I didn’t matter. I felt like I was just here to make sure other people were happy and having a nice life and I was so unimportant that it didn’t matter if I managed to shower that day, let alone do something as crazy as watch a film that wasn’t an animated one with the kids. Since I’ve been prioritising myself a bit more it’s not like the house has become a tip and the kids are neglected in anyway. I still get everything done, I’m still busy and I am still exhausted by the end of the day. The big difference though is that I’ve realised some things can wait. For example, if the kitchen is a mess but I really want to do yoga, not that long ago I would have cleaned the kitchen first, telling myself I could spend some time on the yoga mat once it’s done. What would inevitably happen then is I’d finish cleaning the kitchen and then move onto another household chore or do something with the kids and I would never find that time to do what I wanted to do for my own mental well-being. Now I’ve decided to just put the house on hold during those quiet times in the day and instead I use the opportunity to do something for me. When Tilly naps in the morning and the boys are at school, I do my yoga or I read a bit or write something or bake something tasty. When she wakes up, I multitask. Tilly still gets fed, changed, played with but also spends some time watching me from her jumperoo as I tidy the living room or happily sits in her high chair as I load up the dishwasher and put the clothes on to wash. 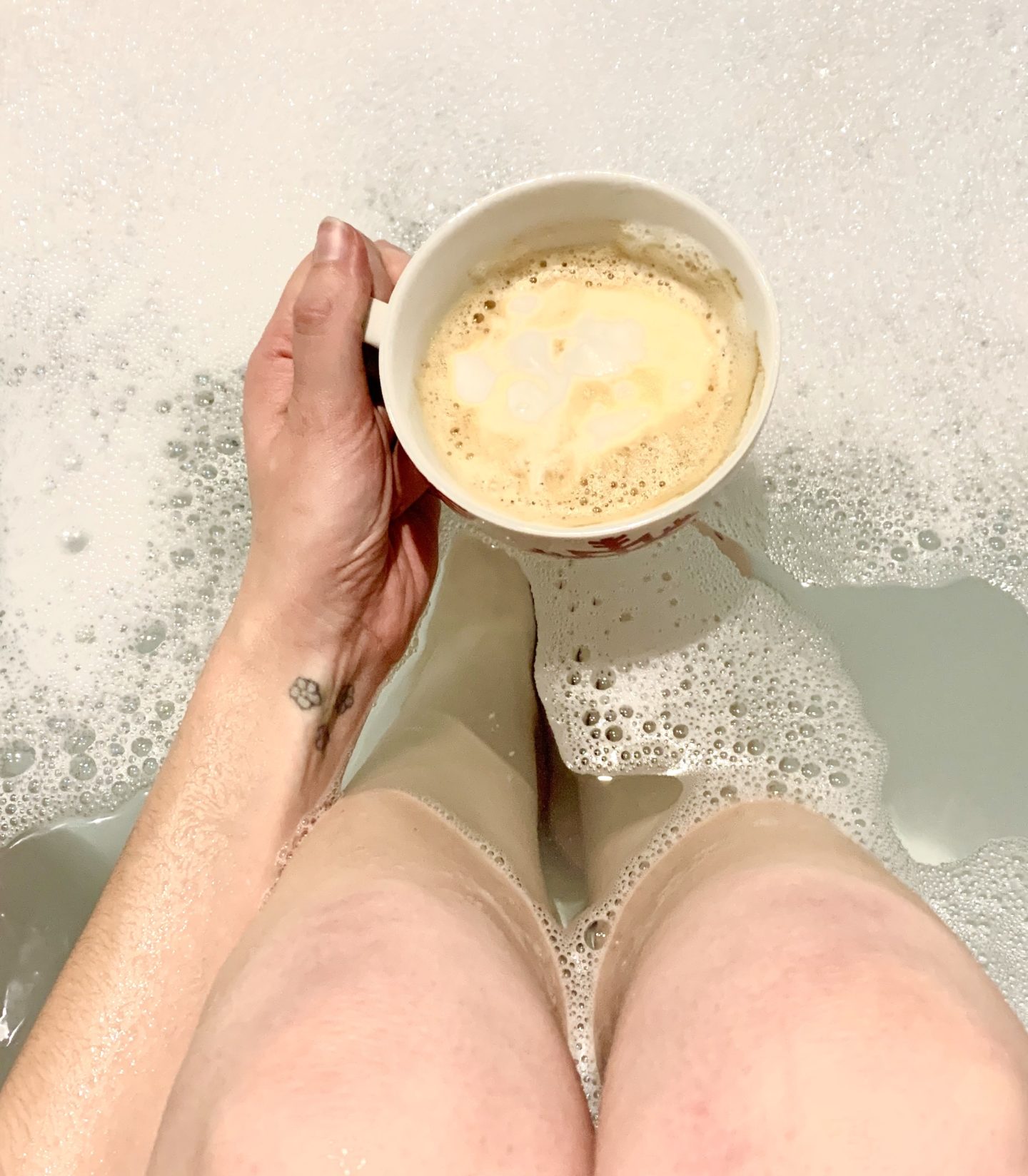 I have realised just because I’m a stay at home mum that doesn’t mean I have to be doing stuff for other people every second of the day. I have also discovered that being a bit more organised means it is totally possible to do things for yourself and keep everything else ticking over nicely too. I won’t pretend it’s not a struggle, I won’t lie and say I don’t feel like I’m juggling too many plates but I’ve finally realised that a plate that can never be dropped is the one with my name painted across it. If I end up a broken mess it’s not as if the kids are capable of picking up all the pieces.

I’m a mum but I’m still important. I’m a wife but I matter too. I’m at home all day but I’m allowed a break from the day to day as much as someone who works full time in an office. For some people this post might be the biggest pile of common sense they’ve ever read and I guess, in a way, looking after yourself should be common sense. I love my kids, being a mum is definitely the absolute best thing I’ve ever done but I need more than being a parent going on in my life too. I’ve realised it’s totally ok for me to have interests, hobbies, things I like to do outside of looking after my kids..being my own person is totally ok. In fact, it’s essential! 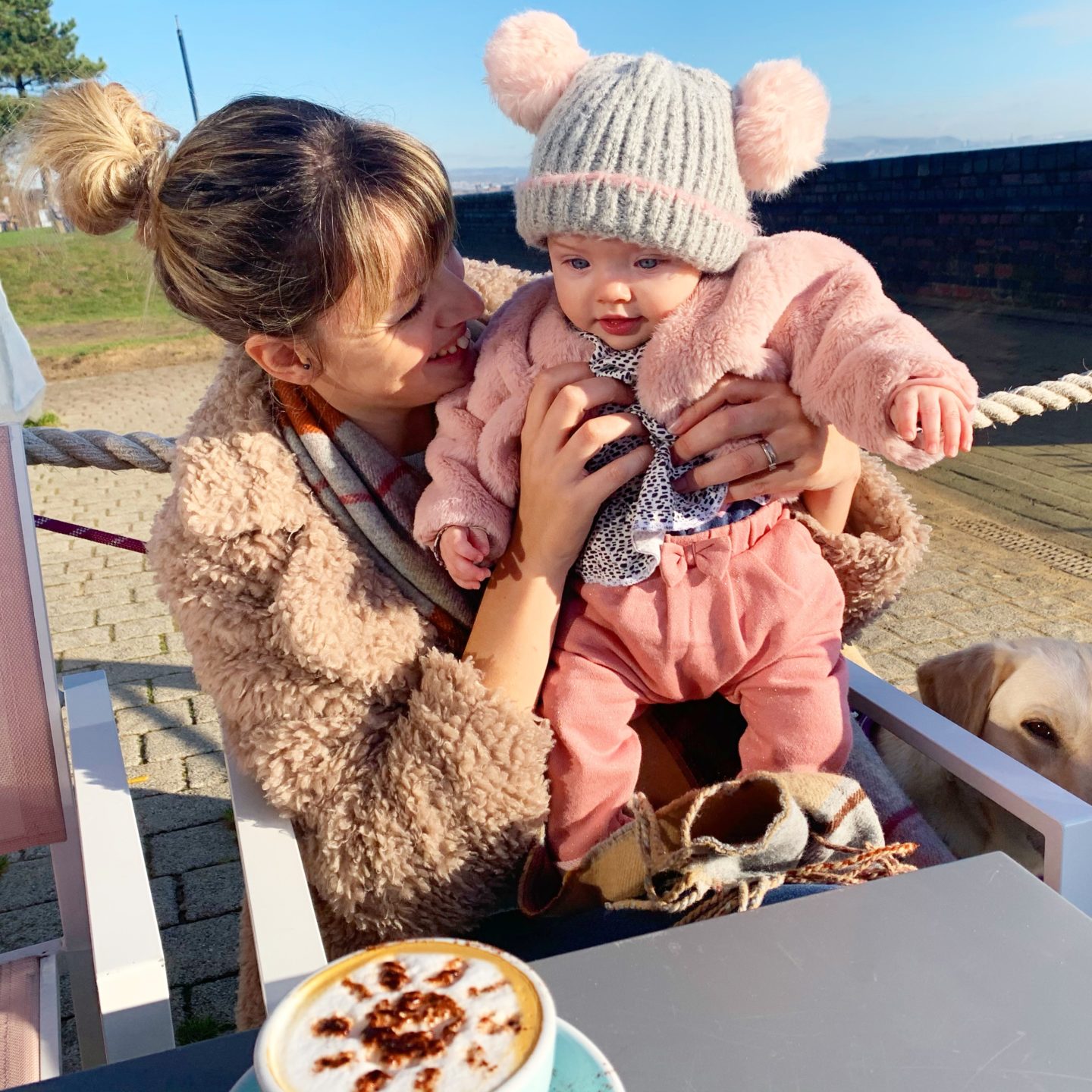 We only get one life and why should I continue to live mine like I’m just here for everyone else and that I don’t matter? I shouldn’t and I’m refusing to live that way any longer. Yes, being a mum may take over, it’s totally normal to feel a bit lost but it is also completely possible to find a sense of identity amongst the sleepless nights and the nappies and the school runs and the tantrums. Just give your head a wobble mama, remember who you are and what you love and tell yourself daily that you matter too.