I suck at making Mum friends. There, I’ve said it. I have friends, I have friends that are also mums but the whole going to a baby group or chatting at the school gates and making a new mummy bestie, yea, I suck at that. When Leo was small I met a quite a lot of mums at various groups, being a first time Mum I really valued those conversations with other women who just got how tough having a baby was (plus, it was always useful knowing I could ask someone for a baby wipe or two if a poonami happened and my nappy bag was empty). I was braver then, naïve and not scared of judgement, twenty two and thought making Mum friends was going to be easy. Through some kind of magic I did make a few close friends but I have a very annoying habit of befriending people who will later go on to move miles away. My best mum friend relocated when our boys were one and then when Leo was two I moved away and making new Mum friends at baby groups when I had an extremely chaotic toddler was more than difficult, it was impossible. I spent a long time feeling lonely and that I was a bad Mum because I didn’t have a big group of other Mum friends and their babies around to go to soft play with, ask over for play dates or to invite to the boys birthday parties. I’m out the other side of those feelings now though and I’m here to tell you this, if you don’t have mum friends that does NOT make you a bad Mum.

Some may find it bizarre that a parent can judge themselves so harshly simply on the number of other Mums they are friends with. It happens though. When you overhear mums arranging play dates at the school gates and you know your child will just be coming home with you and not having anyone over to play again, it makes you feel rubbish. Leo has asked me when he can go over to his friends houses for play dates and it really makes me feel like a failure when I have to give a half hearted “we’ll see” as a response, knowing full well it’s not going to happen because I don’t even recognise the name of the child, let alone know who their parent is. Please don’t think I’m rude, going about my day ignoring everyone around me and missing out on opportunities to connect, I’m just not too great with small talk. I can do it, but I get anxious of how the other person is perceiving me and if they even care about what I’m saying.

To give myself some credit though, we are still fairly new to Leo’s new school, we arrived at a time in the term where everyone else had already made their friend groups and had probably been on the kids birthday party circuit together for over a year. No one has really tried to talk to me, some have but I don’t know most of the parents names or which child in Leo’s class is theirs. I would love to get to know them all, I just feel like my time for bonding was on the first day of reception when no one really knew each other and we were all standing aboard the same nervous and emotional boat together.

Leo asking to go on a play date when I know it’s unlikely to happen makes me feel like the worse Mum ever. After all, all his friends are swapping to and thro from each other’s houses most weeks after school, so why can’t he too? It’s the same for Alex, although not so bad as he’s still young enough to enjoy playing on his own and he will mix with all the other kids at the baby groups we go to, he’s much braver than his mummy. It’s just when I see a pair of mums I recognise from a baby group out in the local cafe for coffee and their babies seem like best buddies, that makes me feel like Alex is missing out on something and it’s my fault. I have a couple of Mum friends at baby groups but if there’s a week that goes by when they can’t make it, I have literally spent the whole couple of hours speaking to no one and hovering around Alex like a pesky fly, just so I don’t have to sit on my own and feel like an utter loser. When Alex’s birthday rolled around I had no baby friends of his I could invite around to celebrate, because of my rubbish friend making skills I don’t know anyone with kids who could become a potential BFF for Alex. 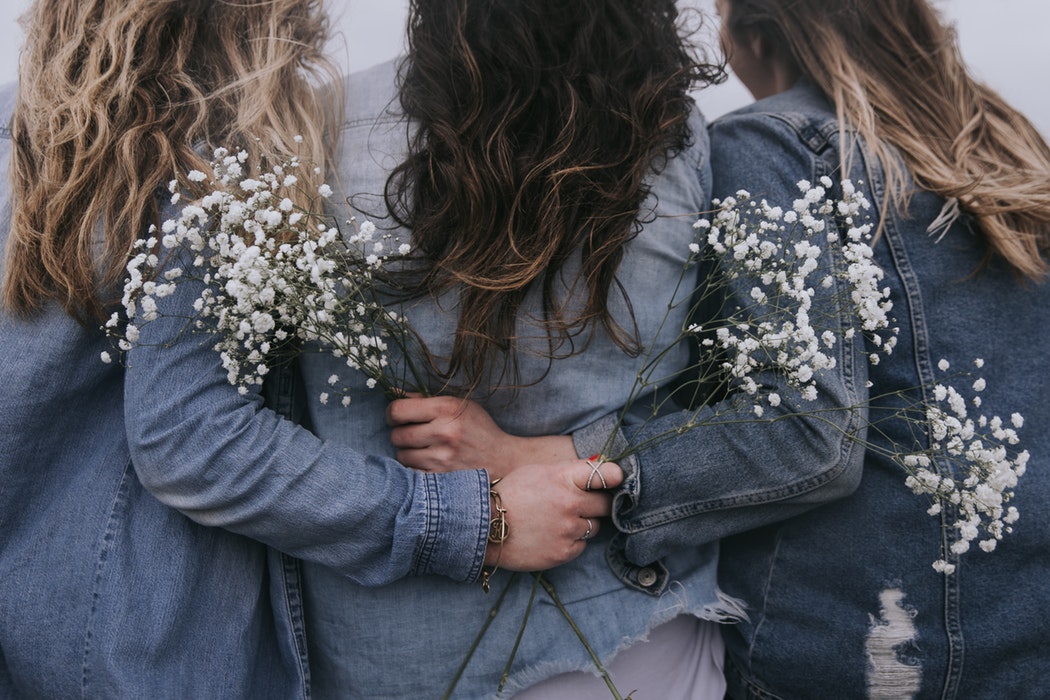 When we were down in Hampshire I did find a few women I really connected with and we became good friends, the kids all knew each other and (mostly) enjoyed playing together, we’d go to each other’s houses and out for coffee and all that stuff, but then I moved away. Now we are back in Swansea and I love being back here, I have connected with some old friends which is so lovely but I can’t help but feeling every Mum and her child has a big group of other mums and their kids around them and me and my boys are always stood on the sidelines by ourselves.

My experience of making Mum friends hasn’t been great, I’ve tried but I seem to need more in common with someone than just having kids the same age to be able to go from very casual acquaintances to actual friends. It’s lonely sometimes, you can end up feeling pretty rubbish when everyone else at the baby group is talking to someone and you’re sat on your own, or when you smile at a mum on the school run and she looks straight past you and walks up to the Mum stood behind you and launches into a full on chat before asking her to pop over later for a cuppa. I’m not letting it bother me anymore though, god knows I’ll keep trying, me and Alex will keep going to baby groups, trying out new groups and being brave and saying something to the Mum pushing her baby on the swing next to us. I’ll keep saying a friendly good morning and smiling at mums on the school run, I’ll try to make conversation at the birthday parties Leo gets invited to. I’ll keep trying but I refuse to let myself feel rubbish anymore because I don’t have a mama tribe.

Yes, it would be lovely if I had more friends so by proxy the boys could have more friends too, but is it really my responsibility as a Mum to source their friendships for them? Leo has pals in his class and Alex is only 2, he makes friends with a toy dinosaur and is more than happy with that. From my experience, toddlers aren’t that great at being friends with each other anyway! I know it’s not all about the boys, it would be nice for me to have a group of Mum friends I could rely on for anything from someone to rant to about the latest school based drama to someone to ask over for a coffee so we didn’t have to venture out to soft play, we could sit at the table and chat and the kids could keep each other entertained in the playroom. I have a couple of friends I can do this with but we struggle to find time between school/nursery pick ups and work to do anything other than optimistically text each other something along the lines of “We have to meet up soon, it’s been ages!”. 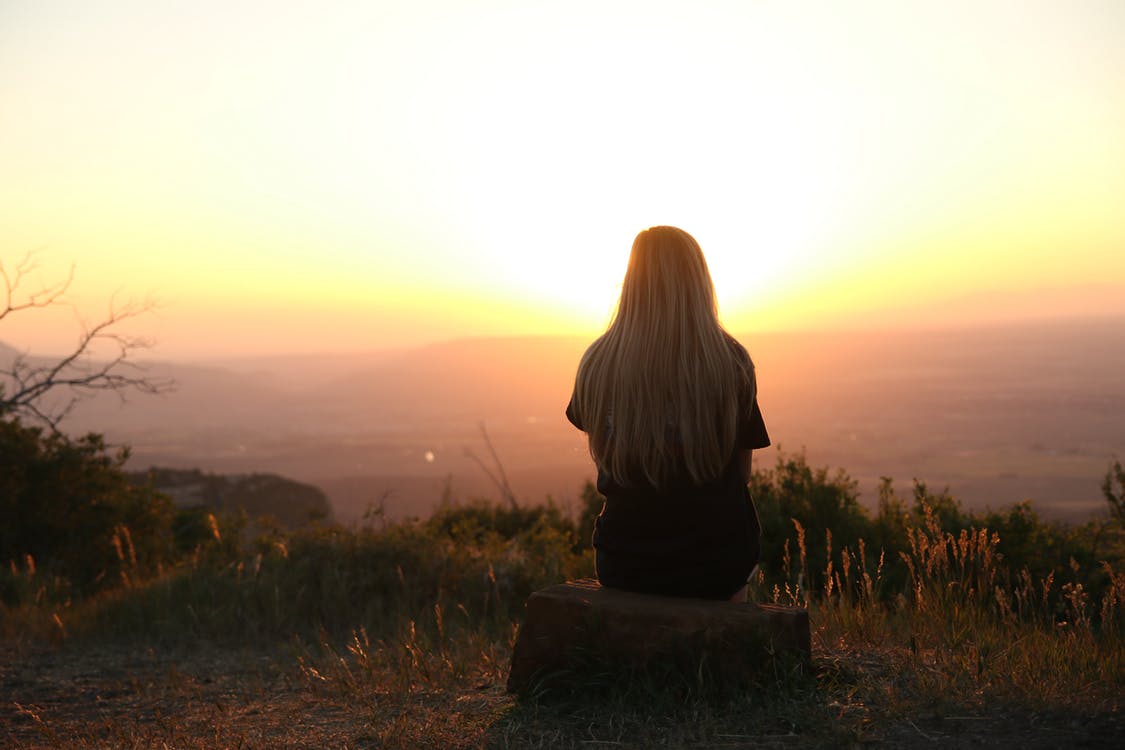 Old friends live far away, friends I’ve made in recent years all live far away (remember when I said I have a habit of making friends with people who like relocating?) and whilst I miss them, it would be nice to have a new group of friends around me. I’m not failing my kids though and I need to work harder to remember this. Does Alex care that he doesn’t have loads of toddlers coming over and playing with all his toys? No. Does Leo care that he hasn’t got friends coming over instead of watching TV or playing Lego when he comes home from school? I don’t think he does, not really, he’s sees them all day in school and he’s usually shattered when I pick him up at twenty past three.

I love my boys, they have everything they could possibly need and I’m sure Leo has friends in school and Alex will make his own when he’s ready. When I was a little girl, I made my friends, my mum didn’t make them for me so I need to stop putting this pressure on myself to be friends with people so my boys have someone to play with. Not having lots of Mum friends does not make me a bad Mum. I’m a good Mum, but I’m also a woman who sucks at small talk and has anxiety. Guess what? That’s ok. I’ll hold on hope that one day I’ll find my tribe and if I don’t, I’ve got my two little boys, a wonderful husband, family around me and friends scattered all over the country that I can rely on for love, support, laughs and memories. 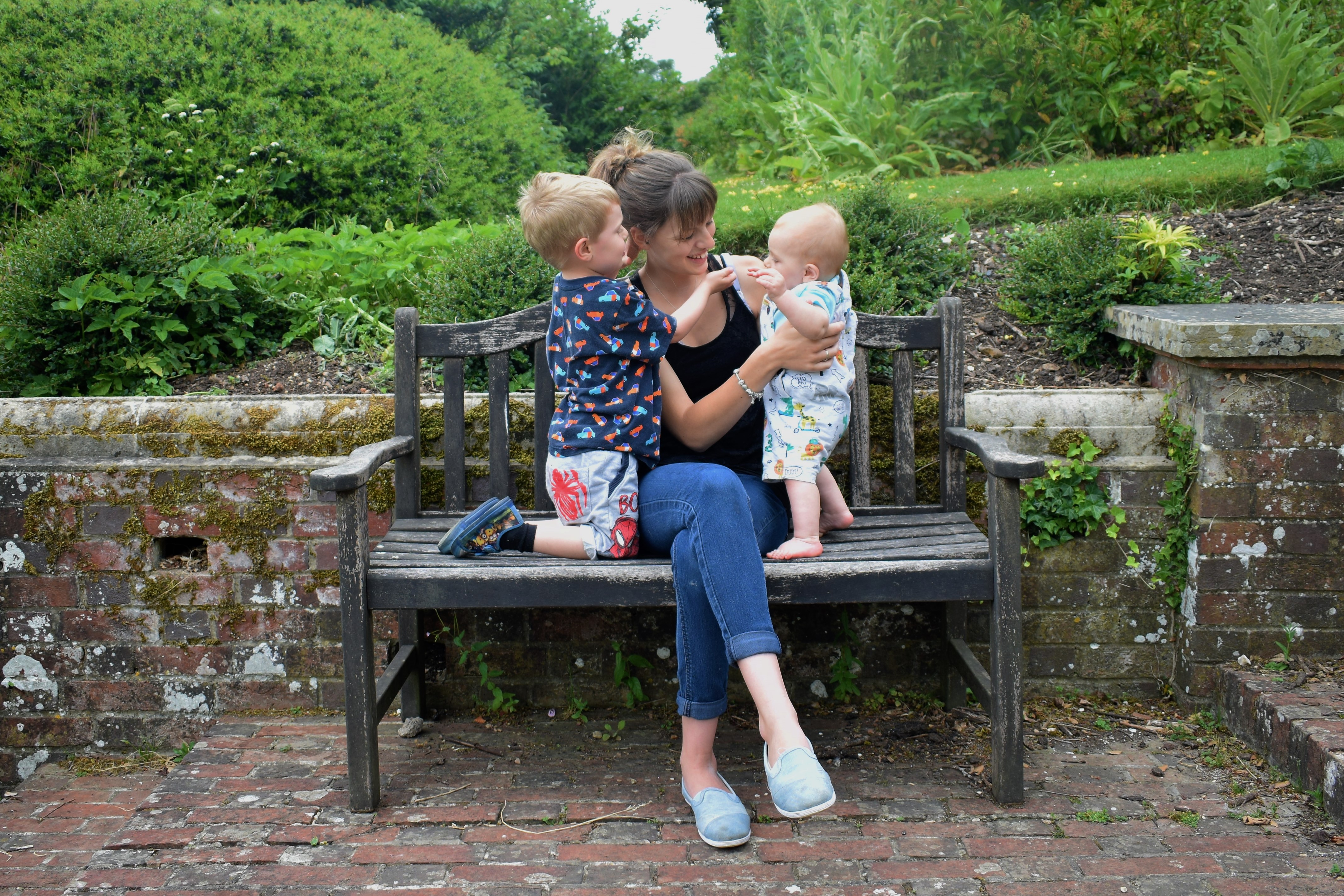 Do you struggle to make Mum friends? Do you ever feel like you’re failing your kids because you don’t have many Mum friends? I’d love to hear your thoughts on this. 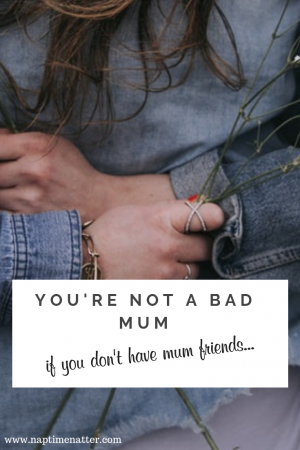 If you enjoyed this post, you may also like to read..
14 things you can do to become a happier and more positive mum
Why we all need to be more Else – learning to be a more positive parent
Hey Mama, you’re stronger than you think
Mummy me time, is it selfish?