A few months back Oli and I did something crazy, we moved both the boys into the same bedroom. I know, what were we thinking? Well, there was actually a reason behind our madness; Leo’s old bedroom is a converted garage and let’s just say the builders had obviously never heard of insulation because it is freezing in there. So, when winter arrived we made the bold and brave decision to move our five year old into the same room as our two year old. We are a good few months into the boys sharing a room now and it’s been a bumpy transition but I think we are getting to a place where bedtimes are getting easier again. Are you considering putting your children into the same bedroom? In the post I am sharing everything I have learnt since my kids started sharing a bedroom, I hope it helps you prepare for what can be a tricky transition for everyone.

Everything you need to know about your kids sharing a bedroom

The first night will go really well – Don’t let this first night fool you. Your kids will be excited about their new bedroom and the novelty of it all will mean they will probably go off to bed as good as gold. I’m sorry to tell you, this doesn’t last.

New beds can help – I am not saying you need to buy them new beds BUT if their beds could do with replacing anyway, doing so when they move into the same room may help. A new bed is very exciting, a new bed can also be a great way of making the prospect of sharing a bedroom with your younger sibling exciting too. There are many places you can buy kids beds from for reasonable prices, maybe if you got matching beds that would help with the bed swapping too?

The bedtime routine may need a rejig – If you would normally do two separate bedtime routines then you may have to mix things up a bit once the kids are sharing a bedroom. We now read Leo his bedtime story in our bedroom or cuddled up on the sofa while the other parent gives Alex his bottle and reads him his story. Sometimes we will try and settle them together in their room but this rarely results in them both settling down easily to sleep.

Some nights they will keep each other awake – Whether one is singing, the other has pulled all the toys out, there are multiple trips to the toilet or attempts to climb over the baby gate, some nights the kids are going to keep each other awake. It has been a hard adjustment for us as the boys used to go to bed so well when they were in separate rooms but we have had to accept that occasionally there are going to be nights where they are still awake causing mischief at 9pm. 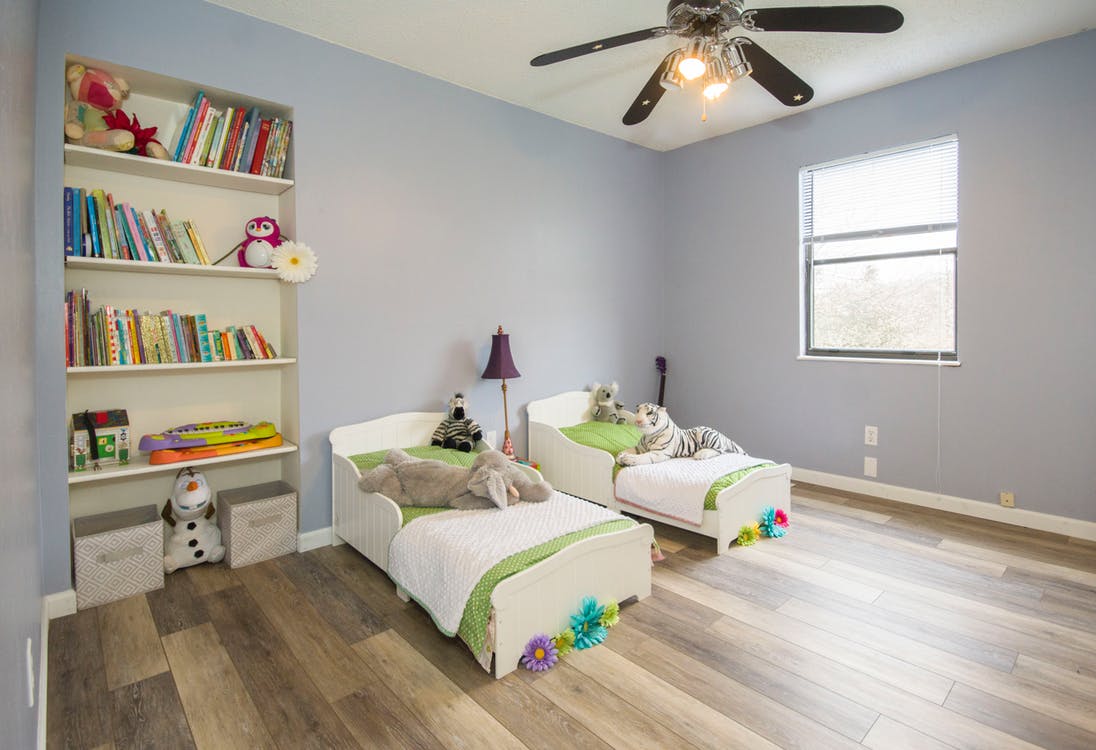 They might wake each other up – As above, we have also had to accept that sometimes one sleeping child is going to be woken up by the noisier child. Alex will still sometimes wake in the night and it is very stressful as I feel like there’s a ticking time bomb about to go off, that bomb is Leo asleep in his bed. Luckily, Leo will settle back to sleep quite quickly but it is hard for him in the mornings when he is tired and has to go to school. Alex has ended up in bed with Oli and I a lot recently as I have been so worried he is going to wake Leo up with his crying at 3am.

Sharing a bedroom is fun – Despite the arguments over beds and the interrupted sleep, the boys do enjoy sharing a room together. In fact, Leo gets quite upset if he wakes up in the morning and Alex isn’t still in the bed next to him. They play together in there a lot more now than when they were in separate rooms and I think they are closer as brothers now too.

It gets easier – In the first few weeks I was considering sending Leo back into his igloo bedroom with a dozen extra blankets for his bed because the boys were taking an eternity to go to sleep at night. Slowly though, they have got used to their shared bedroom and are much better at settling down in the evenings. The bedtime routine still isn’t as easy as it was when they were in separate rooms but we are definitely getting there.

It’s really quite adorable – We all love to take a sneaky peak at our kids sleeping don’t we? It really is special seeing your children cuddled up sleeping so close to each other. My heart nearly exploded the night I popped my head around their door and Alex and Leo were cuddling each other, asleep, in the same bed!

Do your children share a bedroom? What has the experience been like for your family? I would love for you to share your top tip in the comments to help any parents who are considering moving their children into the same bedroom.

Disclaimer: This post has been sponsored by Bed Guru 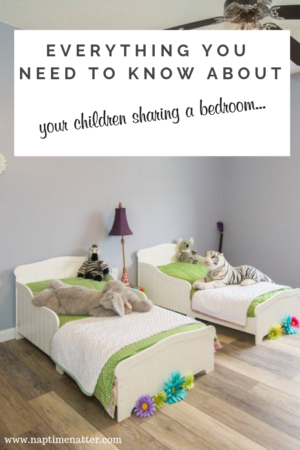 If you found this post helpful, you can find lots of tips, advice and real life parenting stories over in the parenting section of my blog.