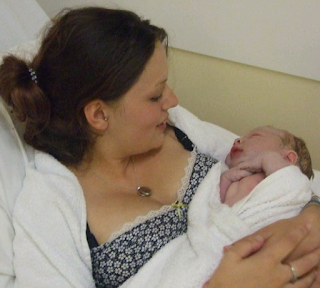 Everyone knows everything when you are pregnant. Friends, family and complete strangers  love to offer up their advice, tips and horror stories about parenthood. Amongst the gruesome labour tales, the advice on soothing a crying baby and everything else people told my pregnant self, not once was I told that there is such thing as ‘mummy guilt’ and that I was going to question my capability as a mother on an all to regular basis.

So after 9 long months of waiting for my baby, filling my head with as much information as I could possibly cram into my brain, Leo arrived and I was beyond happy. Everything was perfect and I loved him more than I ever could have imagined. As the babymoon ended, Oli went back to work and I settled in to becoming a stay at home mum, the unheard of mummy guilt reared its ugly head. Leo would cry every evening for about an hour for no reason at all, I was convinced it was my fault and I had done something wrong. When his little baby friends were sleeping through and he was still waking for 3 night feeds, again I thought it was my fault. At 5months I began giving him a bottle feed instead of breastfeeding him at bedtime as I had been told it would help him sleep, the guilt I felt over this was almost unbearable – how selfish of me, stopping my child having breastmilk at bedtime so I could get some extra sleep. When Leo turned 6 months I wanted to completely switch to formula but the guilt was all consuming, we carried on until he was 10months, by which point we had both had enough.

But even as I started to get in to the swing of things, Leo was growing up happy and healthy, mummy guilt didn’t go away. Now I get it more so than at the start, perhaps over things  that are not as important but mummy guilt is not choosey when it comes to making you feel inadequate. If I decide me and Leo are staying in for the day then I’m convinced I am a bad mother for not taking him to do something fun. I feel pangs of guilt for letting him eat biscuits, watch The Gruffalo repeatedly, napping in his pram not the cot, when he doesn’t eat his veg, the list just goes on and on and on. 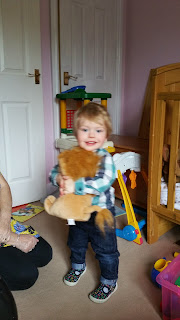 A couple of days ago I let Leo binge watch Peppa Pig on Netflix for about 2 hours, not so I could do the housework or anything productive, I was just really tired. I didn’t really think about it at the time but when I was driving later on that day the guilt appeared to give me a slap around the face. You awful woman, you could have spent those 2 hours in the park or at soft play or reading books, how could you just sit on the sofa doing nothing? I felt absolutely awful, I felt like a horrible, selfish person and a pathetic excuse for a mother. We got home and I thought about it some more, I decided to try and rid my mind of these horrible thoughts.

I thought about what Leo was doing when we were watching Peppa pig:
Was he happy? Yes.
Was he safe? Yes.
Was he loved? Of course he was!

So why did I need to feel guilty? Yes I could have spent that time in the park or at soft play but he was just as happy cuddled up on the sofa with his mummy watching his favourite TV programme. Yes maybe 2hours was a bit excessive but we don’t do it all the time. In fact, most mornings we are off doing something fun but when you are caught in the tight grasp of guilt none of these days out matter, all you can focus on is this one morning wasted watching TV.

I am yet to understand why these feelings happen. I always put Leo first and I love him so much and completely unconditionally. So why when I am trying my best at bringing him up do I feel like I am not doing enough? What is a ‘perfect’ parent anyway and who’s to say it’s not me just because I let my child indulge in a bit of TV and occasionally let him eat food that isn’t good for him? Is it other parents, is it society? Unfortunately, I think it is me. Well no, that’s not strictly true, it’s not normal rational thinking me. It is insecure, self doubting me. The me that was born when Leo was. Reading other parenting blogs has shown me I am not the only person who feels this way, for a long time I thought I was. Other bloggers have taught me that ‘mummy guilt’ is just another thing us parents have to go through as part of our journey through parenthood.

I am learning the best way to deal with these thoughts is to accept that I am not perfect and to be happy in that knowledge. I love my son and he loves me, as long as he is happy, healthy and smiling then I know I must be doing something right. And he is, my boy is so so happy. Whenever mummy guilt judges me for having a sneaky bit of chocolate in the kitchen or going out to work in the evening instead of putting Leo to bed, I am just going to remind myself that I am doing everything I can to make Leo happy and I am allowed to do things for myself sometimes as well. After all, I am an actual person too. 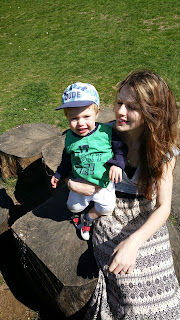 Does anyone else suffer from irrational feelings of guilt now they are a parent? I would love to know your thoughts on this. Also, is Daddy guilt a thing or are these feelings just woven in to the strands of female DNA? I would be interested to find out.