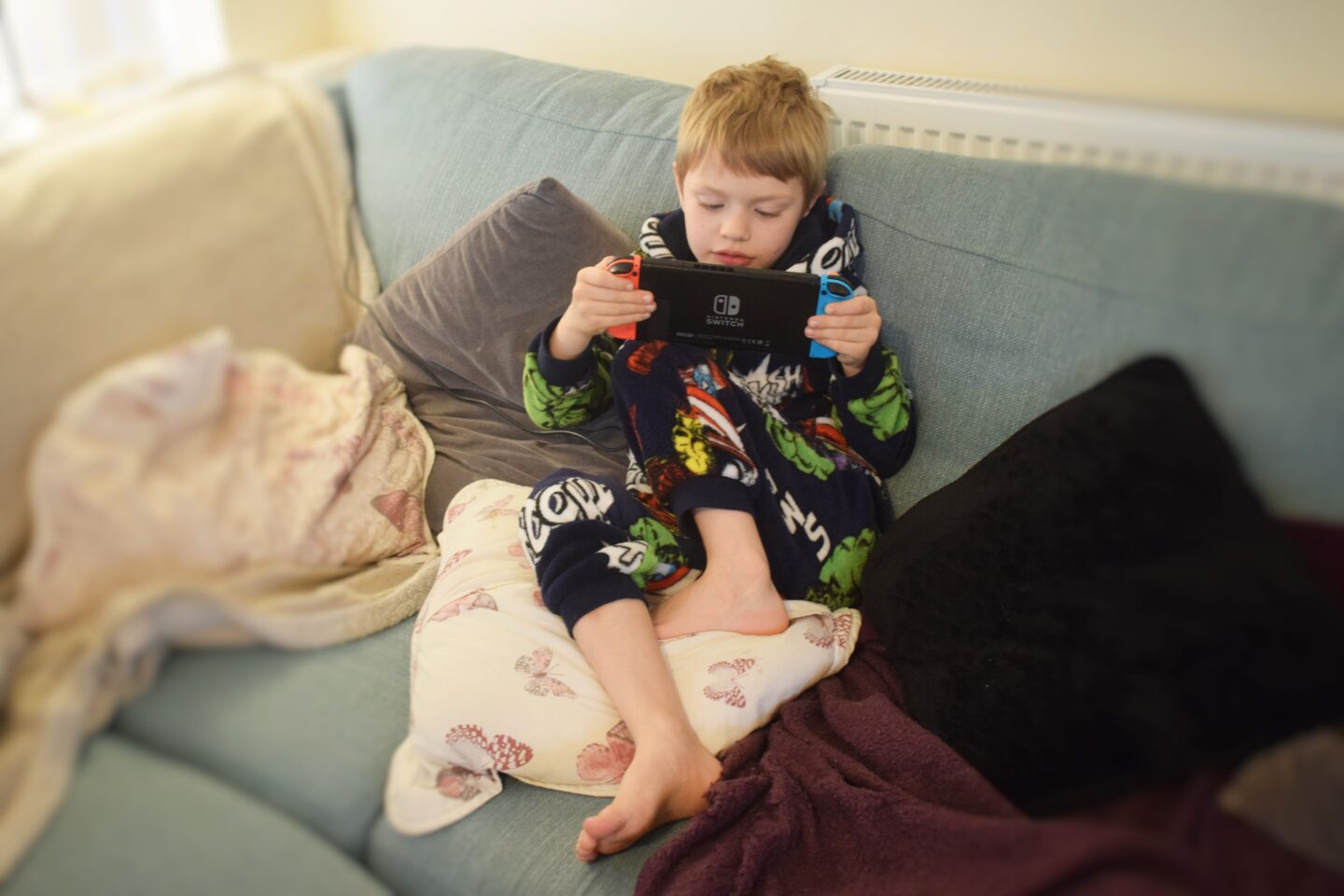 I used to be the perfect parent. This was back before I actually had any kids of my own, of course. When I eventually decided to have them, my kids were going to be great sleepers, they were not going to be let within a mile of a dummy and all their food would be fresh and homemade. I wouldn’t shout, I would have a bottomless well of patience to draw from and there would be no need for tantrums as my kids would just happily go along with everything I said. Also, no one would ever judge me for letting my child have screen time because their precious little eyes would not be allowed to look at any kind of electronic device until they were at least five and they would be 100% onboard with this rule.

Yup, I really was the perfect parent when I was young, naïve and had absolutely zero idea what life with kids is really like.

Now that I am seven years into my parenting journey I can confidently tell you none of the above has happened. I am just a mum of three trying her best, loving her kids with all her being but in no shape or form living as the prefect mum fantasy I envisioned all those years ago. Talking about not having a clue about mum life, something I want to talk about today is normalising screen time. I feel many of us parents are quite critical of ourselves for allowing our  children to watch and play on screens. We judge ourselves for not being the ‘perfect parent’ (doesn’t exist by the way) and for relying on screen time to help us make it through the day.

Why do we do that?

Why do I sit and berate my mothering abilities for hours if I allow my kids a whole Saturday morning of watching TV or playing games on their Nintendo Switch? Why do I feel like a failure if my toddler wants to watch Peppa Pig or my four year old wants to play a game on my phone? What is this connection between screen time and my performance as a mother that makes me feel like such a failure?

My husband could allow the kids to sit in front of screens all day and he wouldn’t feel the tiniest drop of guilt. On the rare occasions where I have allowed unlimited screen time, I pay for whatever peace it may give me by drowning in a tsunami of guilt for hours after their devices have been switched off.

The problem is, I am not overly happy with how much screen time my boys have but I don’t know how to rectify this. If we are at home the boys want to watch TV or play video games. They categorically do not want to play with their toys unless I am there instigating some kind of imaginary play or am actively involved in one of their games with rules more complicated and confusing than a round on the game show Only Connect. I end up getting told off for playing wrong or whatever person I am in the game is always the one who just gets ‘killed’ continuously by their super hero action figures. Sometimes I am up for the down-on-the-carpet-look-at-what-a-hands-on-mum-I-am kind of parenting, but most of the time there is just SO MUCH to do and I don’t have the time to get beaten up by a 10inch plastic Batman for two hours straight.

I know what I need to do to get their screen time back under control and some days I am really on top of it. There are times though where I struggle, they won’t listen to me when I ask them to turn the television off or they refuse to turn their Switch off when it is time to do something else. It is hard sometimes, they shout at me and argue with so much intensity and passion you would be forgiven for thinking their gaming device is the only thing keeping them alive and if I turn it off they will simply drop down dead right there on the sofa. I am the parent though and I always end up managing to get the screens turned off, it is just I would like there to be less of a fight when I say screen time is up.

I don’t think I am the only parent living this screen dominated life, even though Instagram makes me feel like I am. There is an endless stream of photos showing kids baking with their mums or building dens or running around in the garden or crafting every evening as though they are in training to be the next Mr Maker. My kids do all of those things and more, but the free time activity scales are definitely weighed down in favour of screen time. I don’t see photos of this past time on social media though. I would feel so much better if I saw more photos of kids with slightly glazed over eyes in front of a film with a sticky hand full of popcorn halfway towards their mouth. Or pictures of kids with their noses practically squashed against the screen of their gaming device, or a toddler watching Cbeebies on their mums phone whilst sat in a highchair in a café. Those images would make me feel like less of a failure, like every other parent succumbs to screen time demands as often as I do.

The important thing to try and remember is that although the screen heavy childhood may not be posted on social media for the world to see, that doesn’t mean it does not exist. There may not be images of kids glued to their screens on the weekend but that doesn’t mean it isn’t happening all over the country at this very moment. There may not be photos of all day movie marathons but that doesn’t mean they don’t happen. Parents may not be posting photos of their baby holding their phone in their podgy hands as they watch the pig from the comfort of their pram or tantruming two year olds being distracted by Youtube nursery rhymes but I am sure those things happen every day. 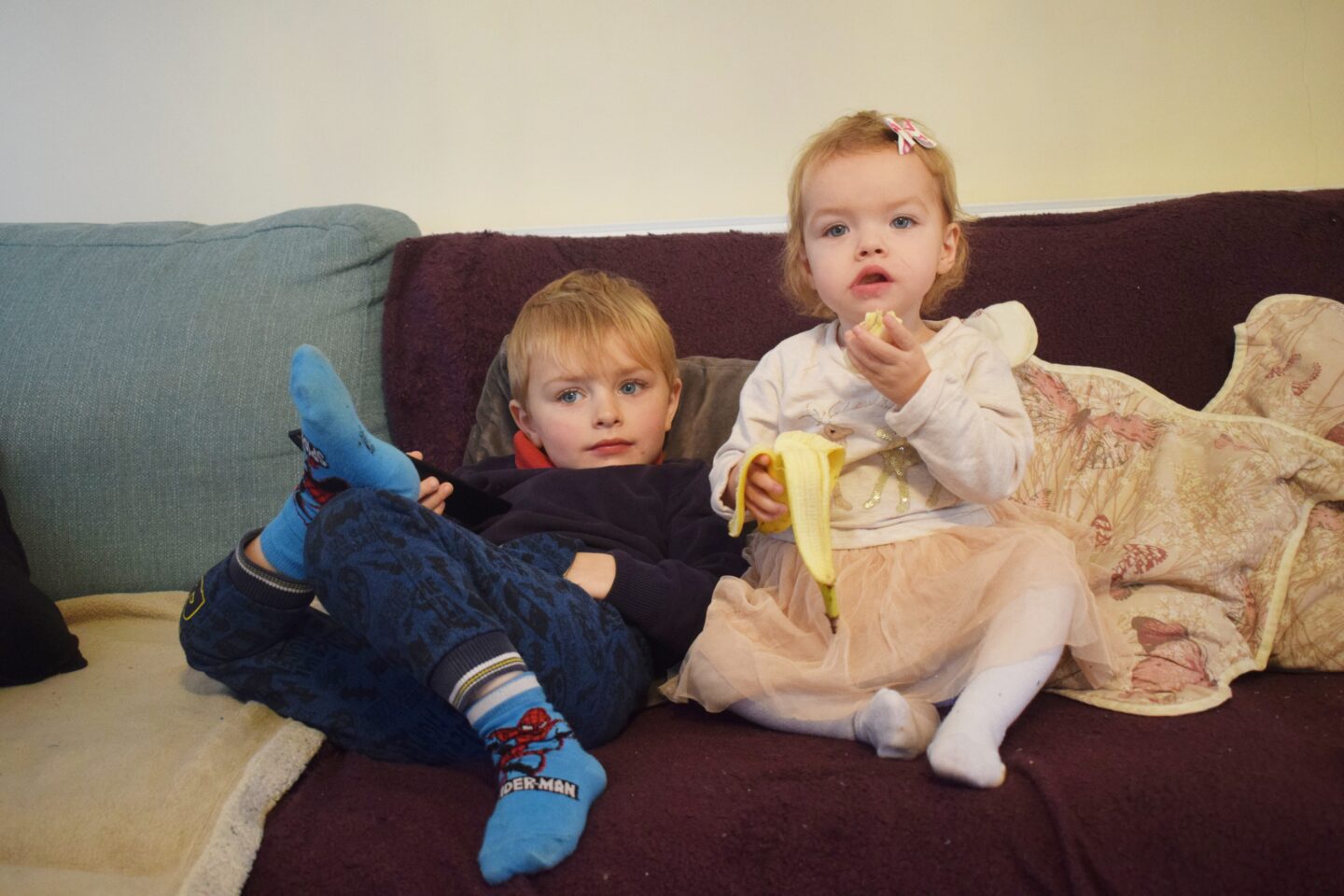 This is modern parenthood, screens are a big part of life now and why shouldn’t we use them? We all know about finding balance and encouraging healthy screen habits; screens are just one of the many tools in our parenting toolbox. It is not our fault that Karen NEVER would have let her kids watch screens, she is seventy and smartphones weren’t around when she was a parent anyway so why should we let her opinion bother us? She can’t say she would never have allowed an Xbox in her house because she didn’t exist for back then for her to be sure that is the truth.

Think about your own childhood for a second. If you are a similar age to me then you would have grown up when Sky TV was a thing, the internet was first coming into life and having a games console in the house wasn’t exactly unheard of (although your tiny brain may have exploded if someone showed you a wireless remote control and a 40inch flat screen to play the latest Crash Bandicoot or Rayman game on). I am not damaged by being allowed to watch Cartoon Network for hours after school or for playing on my Playstation for whole rainy weekends. In fact, I have a first class honours degree, have lots of hobbies that don’t involve screens and the only reason I feel like a zombie is because I have been sleep deprived for years.

My kids have a great life, they are loved and happy and, contrary to what I have written, they do spend their time doing lots of fun, creative, educational and engaging things in the real world. They just love to spend time in the digital world too. They love pretending to be an Italian plumber running around collecting coins, saving princesses and fighting bad guy dinosaur looking turtle things, it makes them really happy. And why shouldn’t I allow them to do what makes them happy?

The fantasy perfect parent version of myself would be absolutely mortified with the amount of screen time actual real life parent me allows but I am trying to not care what she thinks. She never had a clue, she had no idea what a saving grace an hour of the kids being entertained by their screens after a long day of parenting could feel like. She did not know how integral to modern life screens would be in 2020 and couldn’t have known how difficult it would be to stop her children from noticing them and wanting in on the action.

All I really want you to know after reading this long and rambling blog post is that allowing your kids to have screen time is totally normal. Kids wanting to watch a lot of TV or play games is a normal part of childhood in this hyper digital age. We may not like it all the time and it is ok to fight against it, to listen to to the protests as you push on their wellies and wrap them up in their coats to get outside for a rainy walk. But don’t beat yourself up about it and don’t think you are the only one living in a house where screens are considered the key to the best fun ever. It is ok. You are doing a great job, stop feeling guilty and go get yourself a cuppa and enjoy the uninterrupted peace for a little while.

Do your kids have a lot of screen time? Do you get all the mum guilt when they want to play video games or watch TV, or are you quite relaxed about it? Are you a No Screens Ever kind of parent? I would love to hear your thoughts.