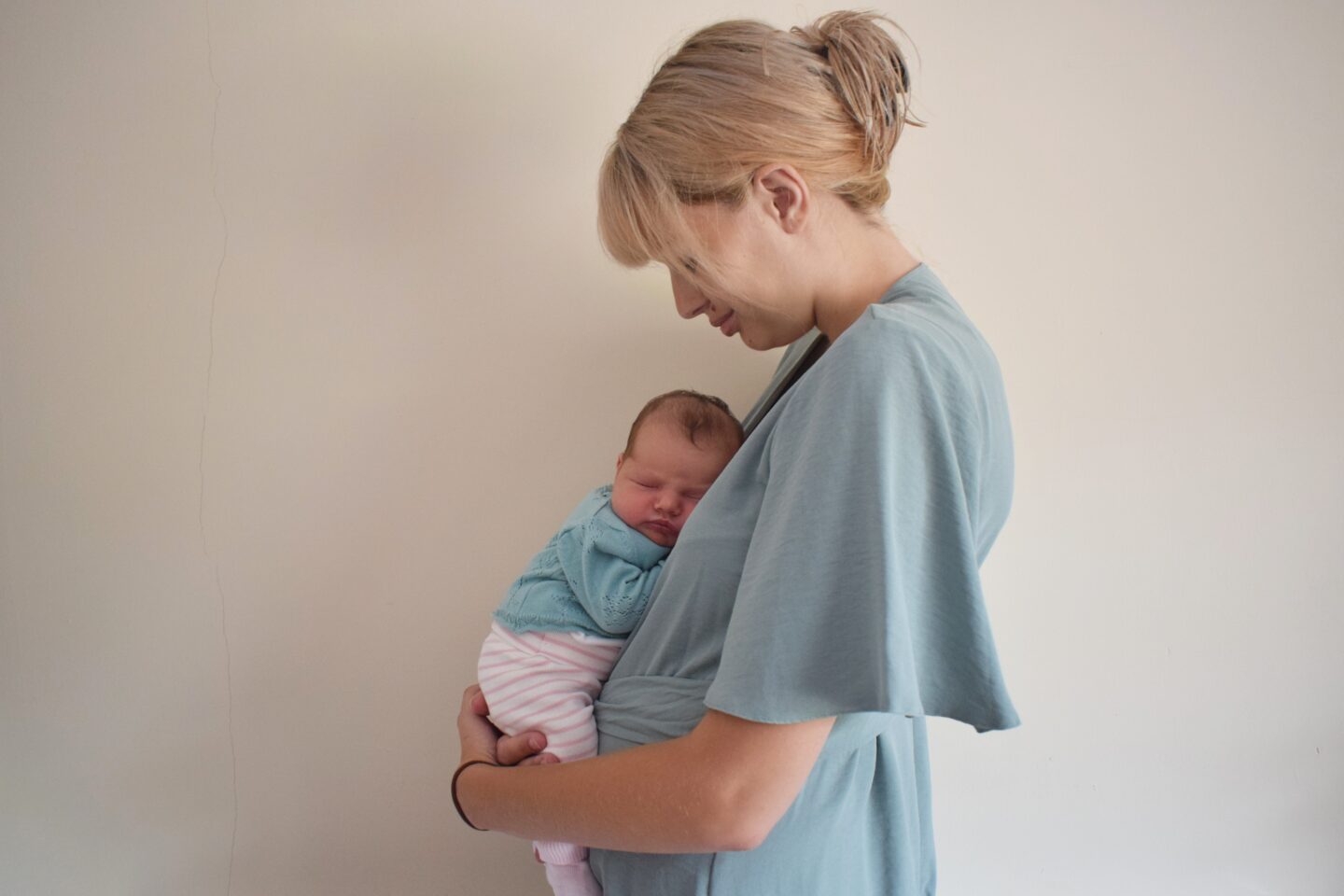 Do you know what no one ever really talks about? What happens to your periods after you have a baby. Not once did anyone ever sit me down when I was pregnant and say, “Congratulations on the new baby. By the way, your period will probably take a few months to come back but when it does it’s going to be so much more painful than it was before and you can say goodbye to ‘normal flow’ pads and tampons. It’s going to be hell. Congrats again, bye!”.

No, that didn’t happen.

You’re told that it will take a while for your monthly cycle to get back to normal after you give birth (usually months if you’re breastfeeding) and there are a few whispered warnings of things not being ‘quite the same’ but no one ever told me how much things would change. I’m not going to go into the history of my periods because it’s really not that interesting, I will say though that before I had Leo my time of the month was not a big deal at all. Yes, I had a few cramps, got a bit hormonal and wanted to eat all the chocolate but that was it. After Leo the pain increased slightly but it was still totally manageable. If I was a sporty person I could definitely still have smashed it on the tennis courts or swam a mile like those women in the Tampax adverts.

After I had Alex things got a lot more painful and a lot heavier and now, after baby number three? Well, now it’s like Game of Thrones and Jaws got together to create some kind of epic horror show and the pain feels like labour contractions.

It’s not just the actual main event that’s got worse, it’s the hormonal fluctuations throughout the month too: the tears, the bad skin, the ovulation pains and the feeling like I just want to cry for days in the lead up to the day I actually come on.

I was a bit concerned that it was just me who has suffered such a huge change in the monthly cycle after having babies so I asked the blogger community for their experiences. It turns out that I am not alone in the slightest; there’s loads of us mamas cuddling hot water bottles, searching for an actual effective pain relief and feeling completely controlled by our damn menstrual cycle.

So, do you want to know what happens to your period after you have a baby?

Here are the experiences of 15 other women. Try not to despair though, you might be one of the lucky ones and things might stay just as painless and easy for you as they were before babies. And if not? Well, thank god for hot bubble baths, cosy blankets and all the chocolate, that’s all I can say!

My cycle took about 18 months to return. I was breastfeeding twins. It was irregular and much lighter than usual until I stopped feeding the twins completely, but since then it’s been regular and heavier than before. I’ve found the cramps worse too. I have a couple of days where I just cuddle up to a heat pack and wait for them to go away – Becca
https://beccablogsitout.com
My cycle returned straight away, probably due to the fact that I had real trouble breastfeeding. Then I suffered with adhesions after my caesarean, which made my periods much more painful than they were before. However they were more regular for a time after giving birth. I’d been quite irregular in the months before getting pregnant. For both the period cramps and adhesions I found gentle exercise such as yoga really helped. And if it didn’t I resorted to painkillers. – Jo https://www.arosetintedworld.co.uk
I would say that once I’d finished breastfeeding then my cycle pretty much reverted back to how it’s always been. The thing that’s changed has been my mindset about it. Before pregnancy my periods were something to dread, something that got in the way of me enjoying my life. Since pregnancy I’ve slowed down, listened to my body more and quite literally I go with the flow now! – Emma Https://dirtdiggersanddinosaurs.com
I have twins and my periods have got so much worse since having them. They’re twice as heavy and every three weeks! Those twins have a lot to answer for! – Helen www.twinstantrumsandcoldcoffee.com
After having my second child my periods returned when he was 13 months and still breastfeeding. They were far lighter and less painful but I did also make the switch to reusable cloth sanitary pads at the same time so this could also be why. The one thing that did return with a vengeance were my migraines. I’ve suffered from them for years but the change in hormones made them worst than ever. – Emma Https://emmareed.net
I was very fortunate in that after my second daughter it took a long time for mine to return – nearly two years! By which time cups were having a moment, and I’ve not looked back – I could not love mine more. I still don’t seem to have settled properly yet, so I’m unable to comment fairly on anything else. But I would say they seem to be very regular these days, with often only around three weeks between, which is rubbish. – Kate https://www.refinedprose.com
After my first child it took about a year for my periods to come back. The big change was that the first few days would be really heavy. I found using a cup helped because it holds a lot and I would often back up with a towel when at work because I couldn’t always get to the toilet every 2 hours.
After subsequent children it has continued in the same pattern (coming back after a year or so and having a really heavy day or 2 then getting gradually lighter), but now I back up my cup with period pants. – Kate
Https://www.countingtoten.co.uk/
Mine were awful after I had my two my period would last a week then 2 weeks later I would have a period again – they would also floor me and I would be in agony – I went to the doctor’s and got referred it turned out I had an over growth of hormones on the outside of the cervix – they needed to be zapped so I had a lletz procedure and since then all is calm and my periods give me little trouble and last 3 days – thou I have got a 21 day cycle now and very regular. – Lianne www.anklebitersadventures.co.uk
I have always had a really irregular cycle, and having kids didn’t change that. I go anywhere from 23 days to 90 days between periods. After my eldest was born, I was told to expect my cycle to be awol while breast feeding, and not to worry if my periods didn’t return until I stopped…. So it was a total shock to end up pregnant again when my baby was just 12 weeks old and my period had yet to return. I made sure I used contraception from day 1 after my second child was born! – Tina Https://www.mothergeek.co.uk
I’ve had two babies, breastfed both and my periods came back within weeks of giving birth despite breastfeeding.
My cycle was regular as clockwork and was 25 days following both children but I suspect I’m now heading towards menopause as it’s starting to be less predictable. Since having children my periods are much heavier, I use CSP which hasn’t made a difference to the flow for me. I do have other medical conditions that might play a part though. – Erica www.theincidentalparent.com 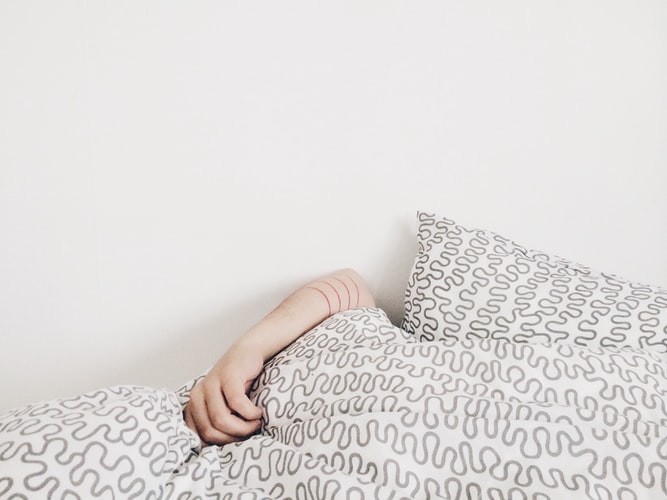 I’ve had 3 babies, and my periods are more regular than before, but also heavier and more painful now. I find exercise helps with the pain, but it’s usually the last thing I feel like doing! – Hayley https://missmanypennies.com
My periods were bad in my teens but slightly better in my 20s. I’d get a bad stomach for a day or 2 before so would always know when I was due on, then have pain the first 2 days and they would be really heavy. Since having kids they are almost painless, I rarely get more than mild cramping thankfully. They came back 11 months after my first due to breastfeeding. I’ve just had my little girl in June so don’t know when they will return this time but hoping they will still be mild. – Chantele Www.twoheartsoneroof.com
Mine was actually better post babies. I’ve never had very heavy periods anyway, but since having the mirena coil fitted after my youngest was born almost four years ago, my periods are now very light and so easy to cope with. – Emma-Louise Https://evenangelsfall.com
I had terrible periods as a young teenager (I used to faint with the pain) but they seemed to get better in my late teens/early 20s. After my first child, they became heavier again but after my second child they became much heavier and much more painful. I now always have 2 days of feeling really rotten before it arrives (aching all over my body, feeling like I have a terrible hangover, really tearful etc) and then once it arrives I have excruciating abdominal pain and they are so heavy for the first few days that I am changing my tampon hourly.
I am considering getting a coil fitted to see if that helps. – Ella Https://typicalmummy.co.uk
As a teen I suffered really badly with periods, huge bleeds every month, I’ve had seven babies and bf them all, didn’t have a, period until after a year with each, ever since they’ve been regular as clockwork and no heavy periods, only thing now is I definitely have worse mood swings and pmt, never had it before kids! – Mandi Bigfamilyorganisedchaos.com
***
As you can see, periods after pregnancy really are different for every woman. However, it does unfortunately appear that for many us our periods do get worse after having babies. I am considering reaching out to my GP for some advice if the pain I am experiencing doesn’t improve. It is always worth chatting to the doctor if you are experiencing painful heavy periods because there are things they are sometimes able to do to help.
Mamas, what happened to your periods after babies? Did they get better or worse? Have any tips to share for any women reading this who are struggling with painful and heavy periods every month? I would love to hear your thoughts in the comments.