Fun TV Shows to Watch with the Family 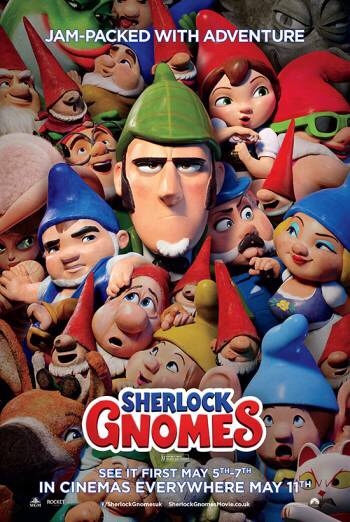 Taking the kids to the cinema can be a bit hit or miss can’t it? Especially taking a toddler under two, they are unpredictable at the best of times, let alone in a darkened cinema room, with a big screen, booming sound and loads of people about for your little cherub to throw popcorn at. We have been taking Leo to the cinema since he was about 20months old and he loves it. Alex is 18months and he is more into the whole popcorn throwing thing than watching the film but I think he enjoys it too. We were invited to a preview screening of Sherlock Gnomes at Showcase de Lux in Southampton and we actually managed to all have a really lovely family trip to the cinema and I definitely think the cinema itself and the film we watched were key in making or day out such a success. If you are planning on taking your kids to the cinema for this first time soon, here are my top tips for taking young children and toddlers to the cinema, along with my thoughts on the Showcase de Lux cinema and Sherlock Gnomes. Spoiler alert: We loved it all! 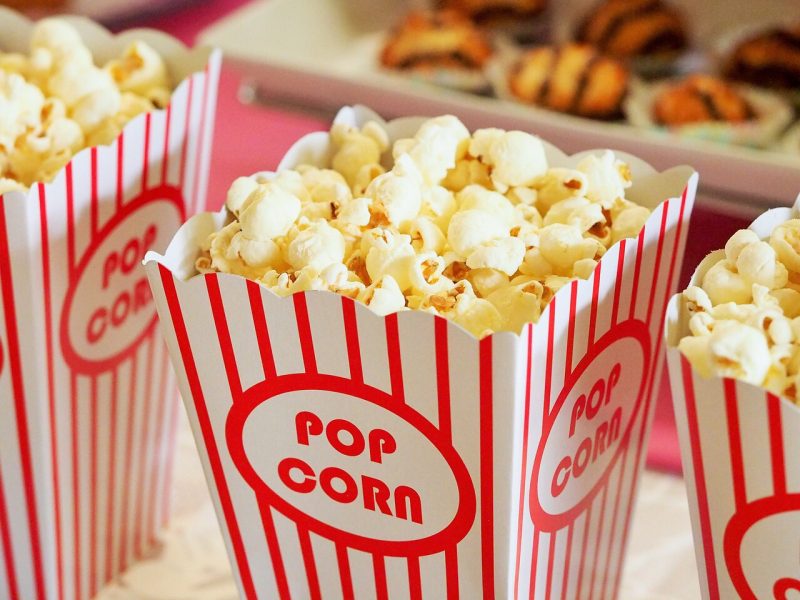 1. Don’t go when they are tired – Don’t plan a trip to the big screen when your little one is due a nap. Best case scenario: they are grumpy and moan throughout the whole film. Worst case scenario: They scream the whole time you are there, they are tired and hate the loud noise and the darkness, resulting future trips to the cinema being badly received too. Either go in the morning before naptime or wait until they have woken up before you go.

2. Go to a kids screening – Many cinema chains run special screenings just for young families. Quite often these screenings are in the morning, have cheaper tickets and are on during the holidays and on the weekends too. Some cinemas also occasionally screen children’s TV programmes, an easy way to get your little one used to the big screen by letting them watch something you know they already love.

3. Sit close to the aisle – You will be surprised how many times your toddler will try to wander off from their seat during a 90 minute film. Sitting next to the aisle makes life easier for everyone; you can get up to chase after your toddler, to take them to the toilet or to rescue their drink they’ve flung two rows in front without having to try and squeeze past anyone sitting next to. Sitting in the aisle also makes life easier for finding your seats at the start of the film.

4. Let them have popcorn – Is the inevitable tantrum when they see everyone else munching popcorn really worth not letting them have a little treat? Most cinemas do special kids deal options where they get a small portion of popcorn, a chocolate bar and a drink (or something similar). If you don’t want to dish out for a separate kids popcorn, you could share yours with them. Popcorn is a big part of the cinema experience and even your toddler will want to know what the fuss is all about.

5. Have realistic expectations – If you are predicting a popcorn throwing fight between your kids, the baby screaming the whole way through the film and other cinema goers giving you dirty looks and exaggerated sighs of annoyance, if that doesn’t happen your cinema trip will feel like success! Unless you are very lucky and have been blessed with one that actually listens to you, the likelihood is your toddler is going to get bored before the film finishes and start fussing and trying to fun around the cinema. I would say if you are there with an older child too, make sure you go with someone else so they can sit with your them while you let your baby run loose outside the cinema screen.

6. Watch the trailer first – There is no point spending loads of money on tickets, getting your kids set up in their seats with their big cartons of popcorn if they don’t even like the film you are about to watch. Pop on the films trailer on your phone before even mentioning the cinema to them, they might be scared of the skeletons in CoCo or think the story about a bull in Ferdinand all sounds a bit dull, it’s better to know this before getting your tickets! If the film is about something your kids like then they are more likely to sit through it all.

7. Tell them what happens – Preparation is key, right? Let your little one know that the cinema screen is going to be really dark and loud. Imagine how terrifying it must be for a toddler to unexpectedly be plunged into darkness and then hear a loud booming voice appearing from what feels like nowhere. If you just let your little one know before you go in then it won’t come as such a shot. Next time you watch a film at home, why not try replicating the cinema environment at home? You can turn the lights off and munch some popcorn, it will be fun for your little one but also serve as good preparation for their first trip to the cinema too.

I hope these tips help and make your first trip to the cinema with your toddler go as smoothly as possible. If you are looking for a family friendly cinema that everyone will love, then keep reading as you are going to want to hear all about Showcase Cinemas..

I have been to lots of cinemas in my 26 years but none quite like Showcase de Lux. Where at many other cinema chains you have to pay extra for the fancy seats, at Showcase Cinemas everyone is treated like a VIP. The first thing we did when we sat in our plush leather seats was check out the recliner controls and they did not disappoint. You can move the back of your seat down and lift up the footrest as high or low as you like. At one point I reclined my seat as far as it would go and brought the foot rest right up, it was like I was watching a film in bed! The seats are also really wide which is perfect if your child decides to clamber over onto your lap for a cuddle.

The actual screen itself is massive, I mean HUGE. The image quality is seriously clear, sharp and bright and Showcase Cinemas use multi-dimensional sound – it feels like you are right there in the film. The experience of watching a film on such a big screen is so immersive, you just get lost in another world for a couple of hours and to do so in amazing comfort in the reclining seats is just wonderful.

The Showcase de Lux cinema screens are perfect for a cinema trip with kids as the aisles are really wide. Extra wide aisles are particularly useful when you have to rush off your little one to the toilet, for example, you don’t end up having to ask everyone to move out your way or doing that awkward shuffle where you inevitably end up treading on someone’s toes. In the back of the X-plus screen, the seats had really handy little movable trays attached. The boys rested their treat boxes on these and for the first time in history not a single piece of popcorn ended up on the floor. Oli bought himself a pizza (yes, you can buy pizza in the cinema!) so the table was great for popping his pizza box on while he sat back and watched the film.

Showcase Cinemas are also great for a family cinema trip as they have a baby change room, separate to the ladies so Dads can change baby’s nappy too. It doesn’t sound like a big deal but there have been lots of times I’ve taken the kids to the cinema and had nowhere to change them. When Alex decided to fill his nappy at the end of the film I was so relived there was somewhere to change him and he didn’t have to wait in a dirty nappy until we found a baby change somewhere else.

Showcase Cinemas get a massive thumbs up from us. We all loved it: my 18 months old, my four year old, me in my twenties and Oli at 33, Showcase Cinemas really are perfect for the whole family and make a trip to the cinema even more exciting. You can find out where your nearest Showcase Cinema is by checking out their website. So, you are armed with your tips and where to go but what film are you going to watch? Sherlock Gnomes of course!

Following on from the success of Gnomeo and Juliet, everyone’s favourite garden gnomes are back for another adventure. Sherlock Gnomes sees Gnomeo, Juliet and all their friends move to a new garden in London. Tensions starts to show in Gnomeo and Juliet’s relationship when Juliet is put in charge of making the new garden beautiful. Things go from bad to worse when garden gnomes all over London begin to disappear and Gnomeo and Juliet’s friends go missing too. Garden gnome protector, Sherlock Gnomes, and his assistant Watson are investigating these mysterious disappearances; together with Gnomeo and Juliet they undergo a very important mission to find out what has happened to all the gnomes and rescue them before they get smashed.

Sherlock Gnomes is such a brilliant film for the whole family. It is funny for both kids and grown ups, the plot isn’t mind numbingly boring for us adults and the Elton John soundtrack is so good (both boys were dancing in their seats!). If you are looking for a film to watch with the kids then I really recommend Sherlock Gnomes, it is released on May 11th and would make a great film for your littles one’s first trip to the cinema.

Have you ever taken a toddler to the cinema? What is your top tip? What do you think of Showcase Cinemas, have you been to one yet? I’d love to hear your thoughts.

Disclaimer: We were invited to a preview screening of Sherlock Gnomes at Showcase de Lux Southampton in return for this honest review. All words and opinions are my own. 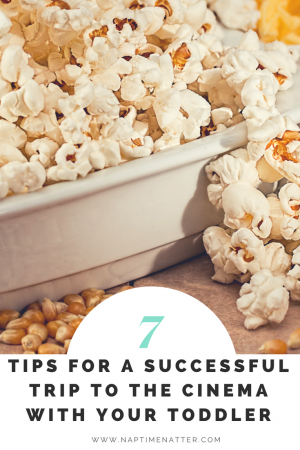