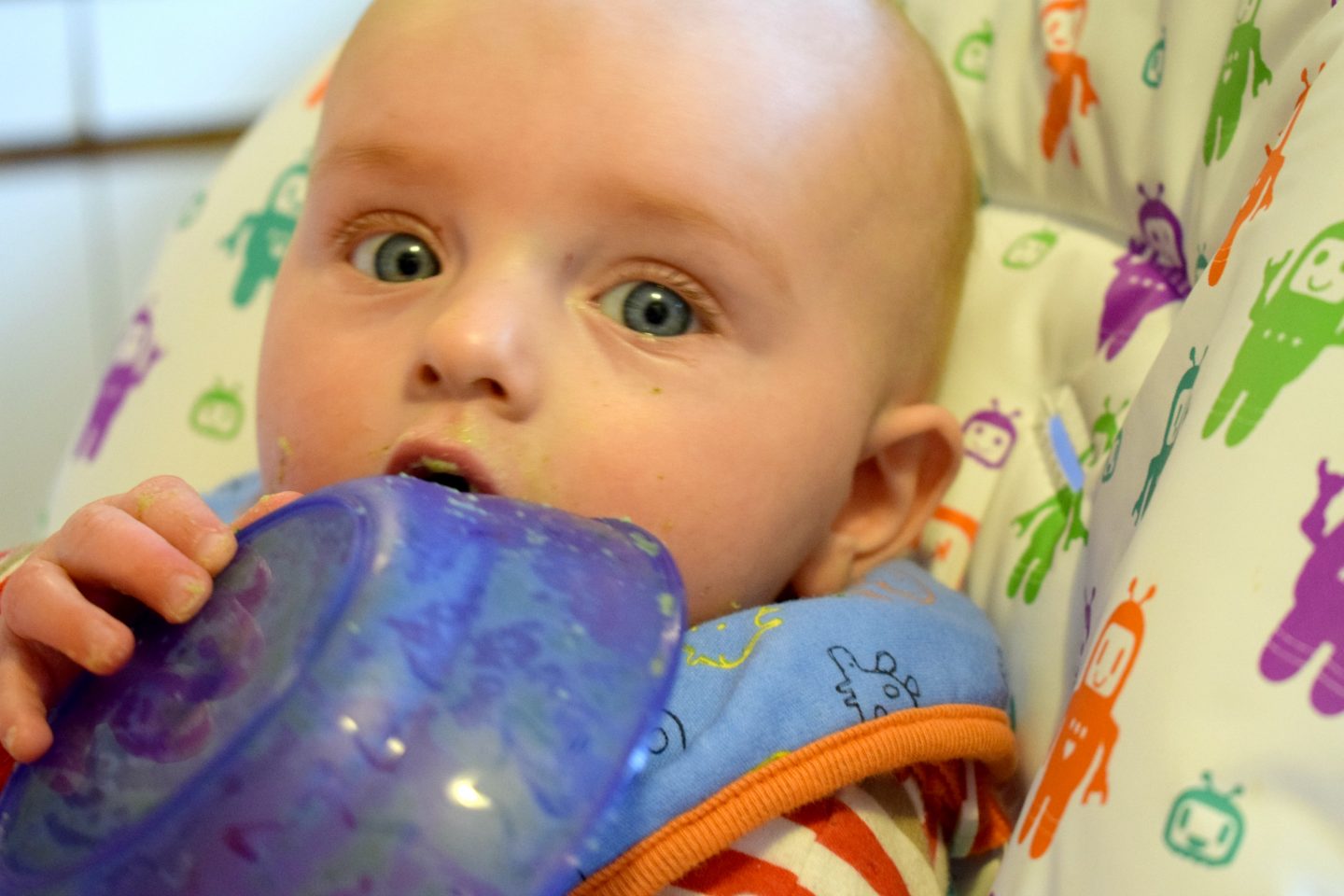 Alex is now 6 months old and what happens when a baby turns 6 months? Yup, you guessed, the messy ride of weaning begins. In actual fact, I was told by the health visitor to start introducing Alex to solids at about 5 and a half months as she was concerned about his weight and he’d dropped a couple lines on the graph in his red book. You would think that with Alex being my second baby that I was feeling pretty confident and prepared for weaning, truth be told I felt more clueless than before. 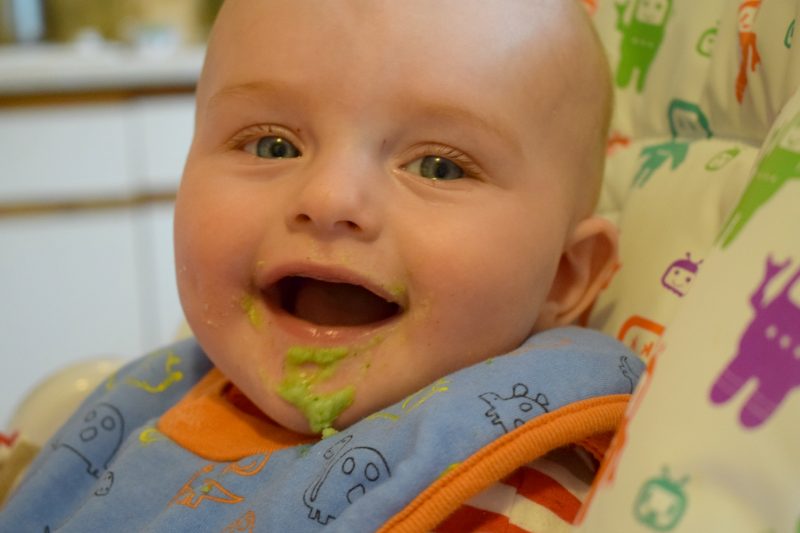 With Leo being  my first baby I did A LOT of reading on introducing solid food as he approached the holy grail of the 6 month mark. I had chats with the health visitor, regularly Googled ‘how to give solids to a breastfed baby’ and found myself hanging out it mumsnet forums quite regularly trying to scope out how other mums were tackling this weaning thing. When it came to actually giving him his first little spoon of baby’s rice though, I didn’t really feel like I knew what I was doing.

As with most things parenting, you’ve just got to follow your baby’s lead and kind of just go with the flow. I made homemade purees and froze them in little pots, steamed veg for him to throw all over the floor and attempted to get him to take one measly sip of cooled boiled water from the tenth friggin beaker I’d bought from Boots. It wasn’t all terrible though, seeing his face scrunch up when he tasted a new food for the first time was priceless and watching him smear spag bol all over his face/highchair/wall may have been a bit frustrating but was also comedy gold.

What I’m trying to say is that the whole time I had no clue if I was doing it right. Google was now being inundated with searches of ‘how much veg should my 8 month old eat?’ , ‘when should I start dropping milk feeds’ and ‘will my weaned baby EVER stop waking for night feeds?’. I didn’t know what I was doing but I felt ok about it, to an extent, as Leo was my first baby. I’d never weaned anyone before so I was allowed to be clueless, winging it is the accepted approach to parenting when you’re doing it for the first time around. 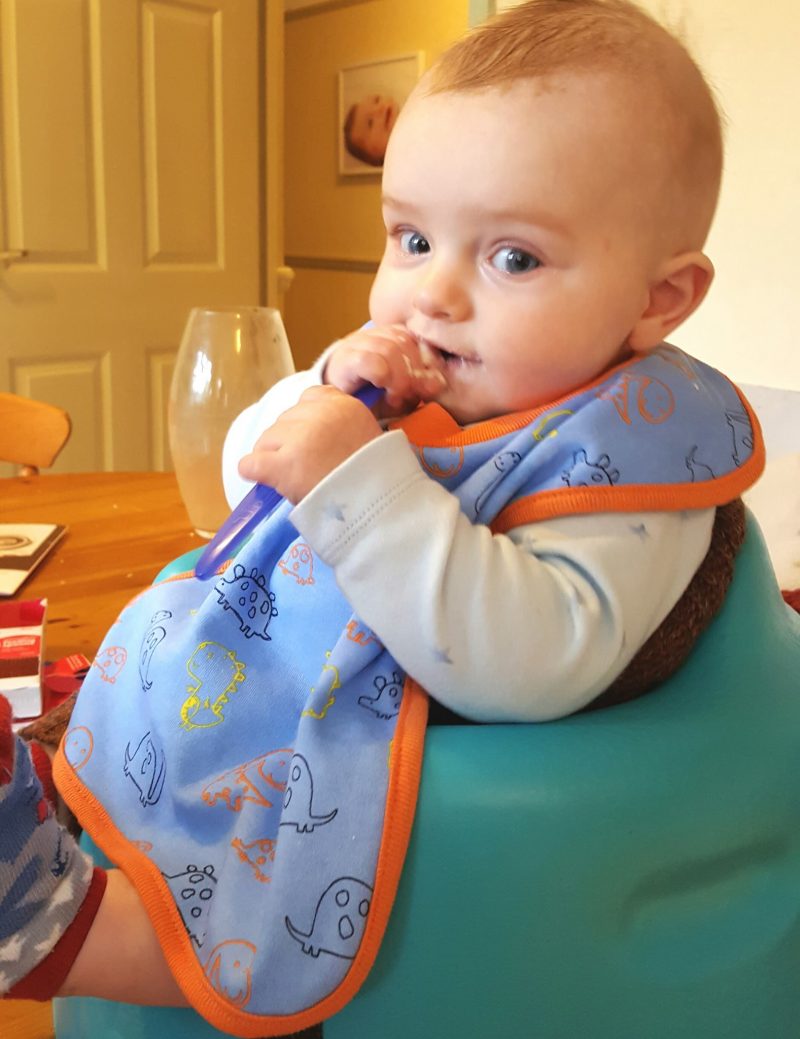 I kind of feel like I should know what I’m doing now though.

It would appear that in the last 3 years of my life, where I have been consumed with bringing up Leo, I have developed some kind of amnesia and all memories of when and how I did what in the weaning stage have been forgotten. I know I must have done something right though as, at 3 and a half, Leo is eating 3 meals a day with some unhealthy snacks and is no longer breastfed. At some point through my desperate Google searches and worries I was doing it wrong I came out the other side and I’m pretty sure that’s what is going to happen this time around too.

So yes, I still freak out over finger foods (Alex eats his through a little net snack holder thing) and I do worry I’m giving him too much/not enough solid food meals compared to his milk. The headache I  gave myself over mixing avocado and banana together which then resulted in a constipated baby was probably  bit of a silly reaction but at the time I felt like I’d condemned Alex to a life of blocked painful bowels. 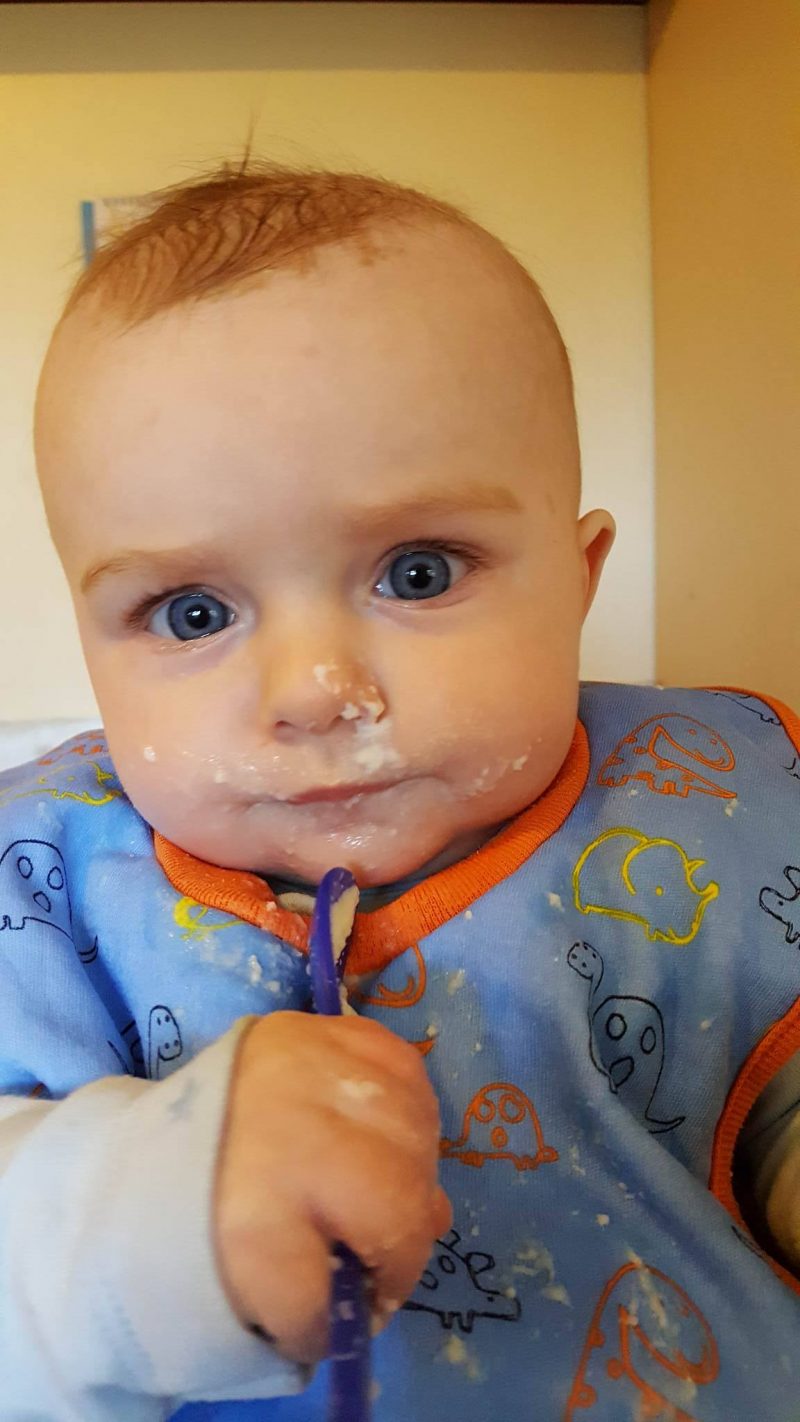 Yes, despite being a second time mum and against popular belief that I should know what I’m doing, I totally don’t know what I’m doing. I am taking comfort in the fact though that Leo is very much alive and kicking at 3 years olds, yes he is a bit of a fussy eater but he does like some fruit and veg, and that Alex seems content and happy. He’s currently still on 5 breastfeeds a day (plus 2 nights feeds *sob*) and is having baby porridge for breakfast and some kind of homemade puree for his tea. I don’t when to start dropping breastfeeds or when to introduce lunch but he is a child who has always been fed on demand so I’m totally confident he will let me know, in his own little way, when he is ready too say goodbye to his mummy’s milk.

For now I am just taking each meal as it comes, investing in loads of bibs and wet wipes and just trying to be confident that I am giving my baby the healthiest diet possible. Winging it maybe but I’m positive we will get to the other side.  I mean, I don’t know any 16 year olds who are still breastfed and only eat one meal a day of broccoli puree, do you?

Are you weaning your baby? How are you finding the transition from milk to solids so far? What about weaning the second time around, how did that go for you? I would love to hear your experiences and if you have any tips please feel free to share them.