The things people say when you have three kids 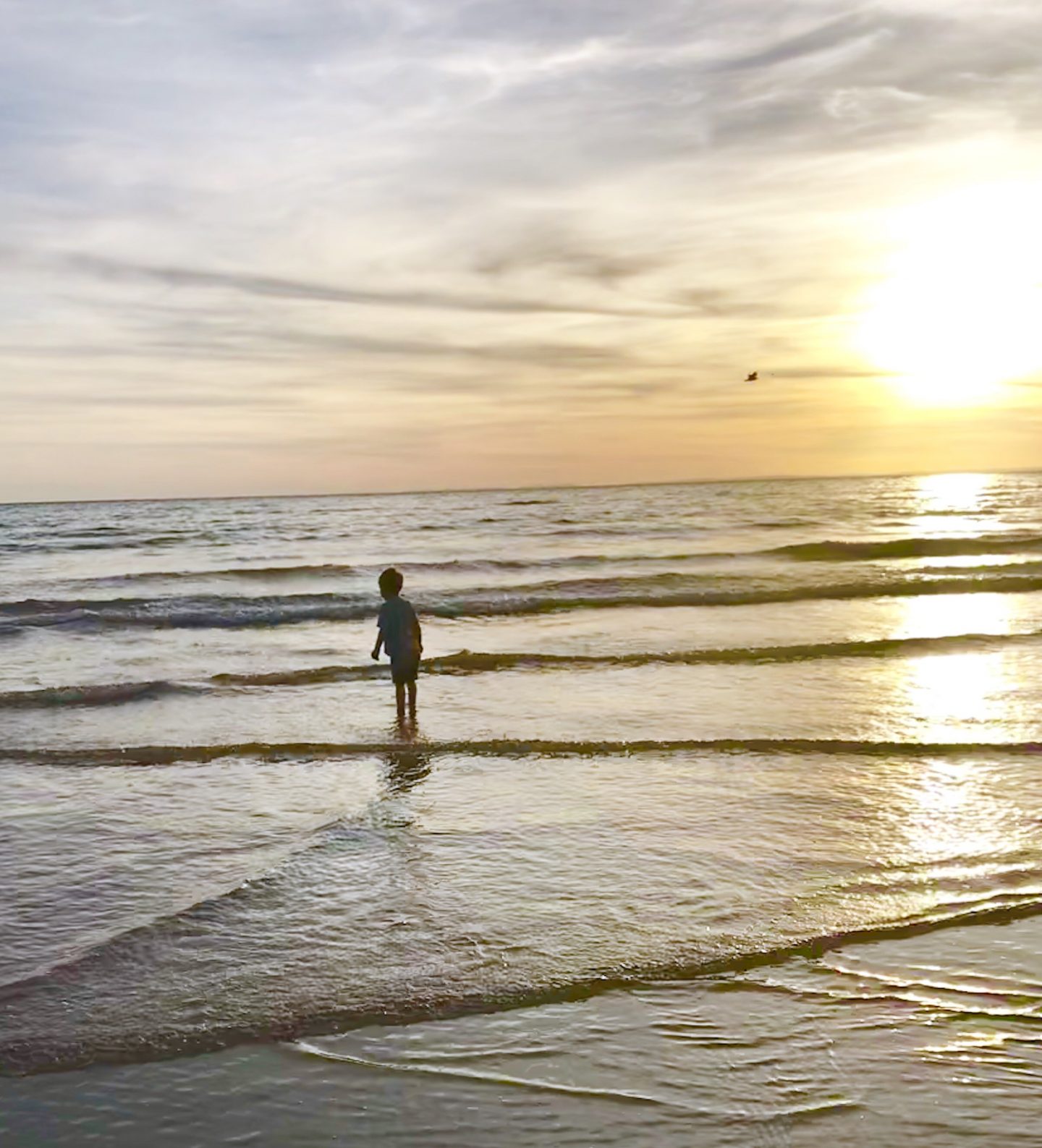 Do you ever think you’re doing something lovely for the kids and it just ends being the total opposite? After school today, Oli and I had a few boring jobs to do in town and obviously we had to drag the boys along too. It was coming up to 5 o clock and everyone was getting a bit hangry so I suggested we grab some food from the shop and go to the park for a picnic and a play. Won’t this be a lovely treat for the boys, I thought. Is there a more perfect way to end a Monday than sitting on a blanket, munching yummy food in the glorious sunshine and then spending the evening playing on the slide and swings, I mused to myself as we filled our basket full of goodies in the shop. As it turns out, we should have just gone home, had tea at the table, watched the bedtime hour and done the bath, book, bed routine like normal. What happened to the perfect picnic in the park you ask? Well, it all went wrong and has left me feeling like my four year old hates me.

Does my four year old hate me?

Hate is such a strong and emotive word but if you had seen the way Leo behaved towards me and his Dad today, you would be thinking the same thing too. The picnic spread managed to keep Leo entertained for all of two minutes before he ran off to play on the slide, today has been absolutely scorching so Oli called Leo back over to pop some sun cream on. You would be forgiven for thinking that Oli had actually asked Leo if he could set all his beloved toys on fire the way my boy reacted. He went mental, completely ape shit to put it bluntly. There was screaming, biting, kicking, headbutting and another giant helping of screaming, just to make sure every single person in the park thought we were the worst parents ever for daring to try and protect his delicate skin from the boiling hot sun. Oli and I kept as calm as you possibly can when a four year old is trying to take chunks out of you but the way Leo behaved has got me thinking, does he even like us? Like, I’m pretty sure you don’t repeatedly hurt someone and scream at them if you care about them?

This morning he told me he wished I didn’t exist, that one hurt more than those bites did this evening. He tells me I’m ruining his life quite regularly, he asks me to  go away a lot and, whenever I ask him to do something, 95% of the time he’ll either huff like an indignant teenager or he will just flat out refuse to do it. The way he behaves sometimes  really makes me feel like he hates me, like he doesn’t give a single shit about me. The place he bit my hand still hurts now as I type, I can still hear his angry screams at us playing on a loop in my ears and I have anxiety and guilt churning around in my chest. I know kids play up, I know kids can behave badly at times and I know they don’t always like being told what to do. The way Leo reacted this evening though, and how he’s been behaving for weeks now if I’m honest, isn’t ok and I don’t know what to do. 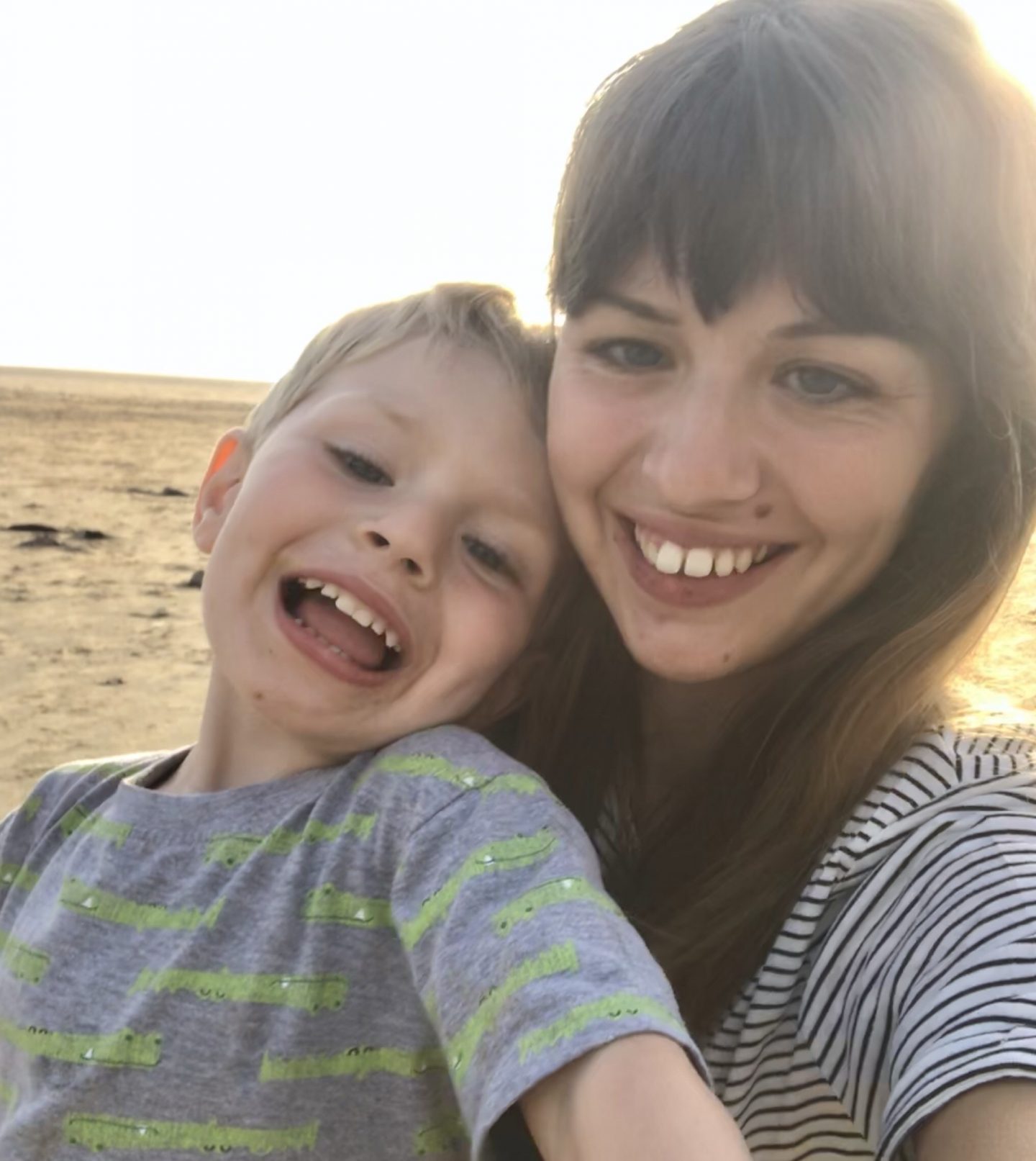 If I had to describe mine and Oli’s parenting style, I would say I fall into the ‘gentle parenting’ camp and Oli is a much more old school disciplinarian type: firm but fair. I don’t raise my voice to Leo and I have, of course, never raised a hand to him either. I give him choices and independence, I make sure he knows his feelings matter, I listen to him, I give him love and attention and I always make sure he knows how much he means to me but something needs to change. I don’t want to carry on thinking that my child hates me and just has zero respect for me, ignoring everything I say even when the things I’m saying are in his best interest. I don’t want to have to put my boy to bed while he’s in tears or have to see him being carried back to the car kicking and screaming because he’s being so badly behaved there is just no way we can stay in the park. I wish that right in this moment I wasn’t sat in bed feeling like I’ve failed in some way and that my four year old hates me.

Deep down I do know that he does love me really, I’m his one and only Mummy. Right now though, with this evenings disaster playing over and over in my mind, I just feel like he doesn’t love his Mama that much after all and he’d happily replace me for someone else if they’d always let him misbehave and get his own way. It’s amazing how what was supposed to be a lovely family outing can turn into something so shit so quickly, isn’t it?

Have you ever felt like your child hates you? How do you cope in situations like this? 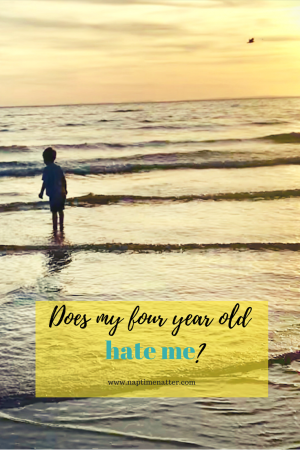 If you enjoyed reading this post, you may also like to read..
Motherhood, am I doing it all wrong?
I can’t cope with the tantrums

Our new life – thoughts, feelings and fears about Coronavirus